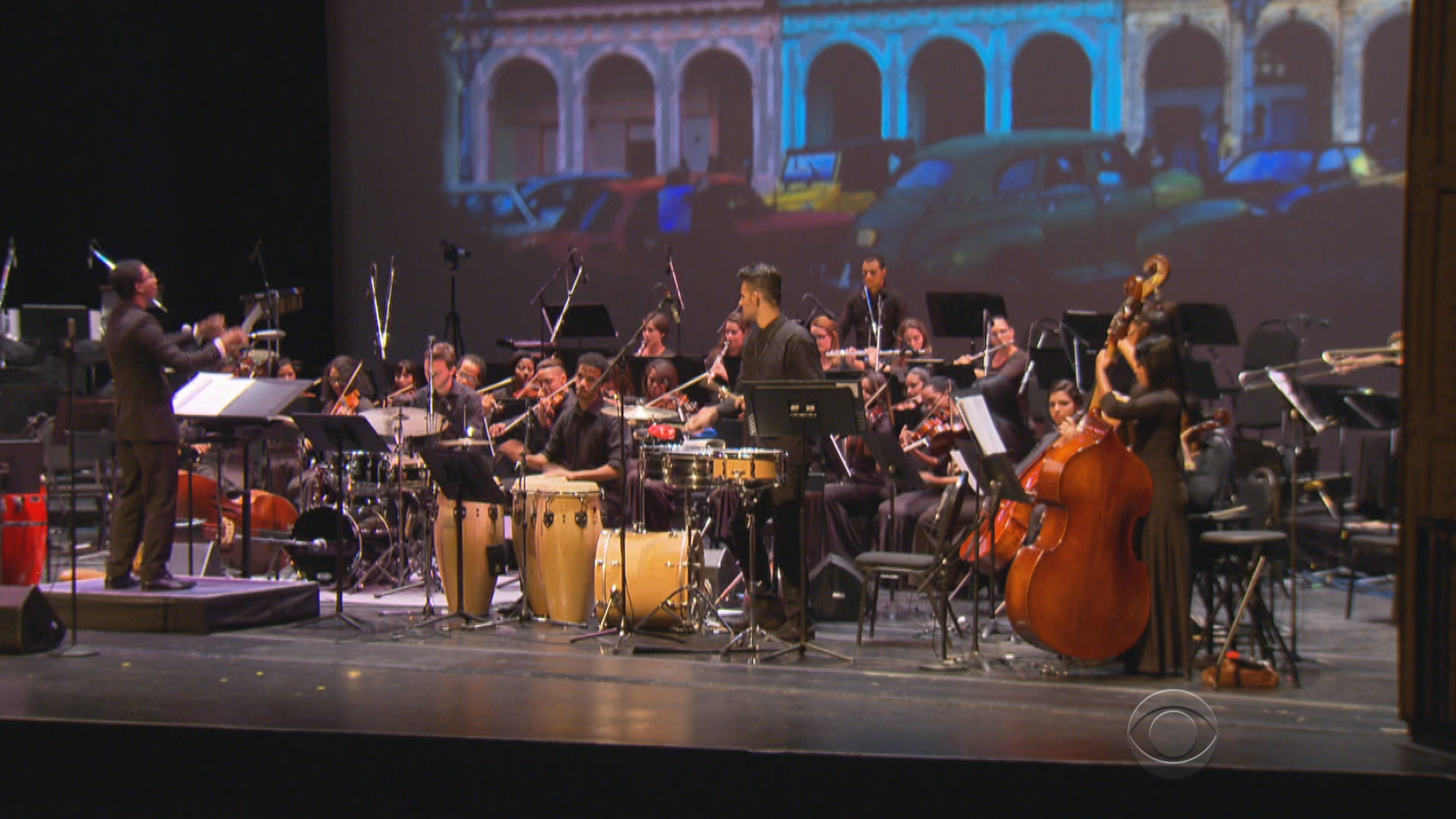 CHICAGO --It was one year ago this week that the U.S. began restoring diplomatic ties with Cuba, severed a half century ago. That historic moment led to a musical breakthrough for an ensemble of young Cuban jazz musicians..

Performing for the first time on American soil at Chicago's Auditorium Theatre, 24-year-old conductor Ernesto Lima says there's a message in their music.

Their concert was a year in the making, and the dream of the Chicago Jazz Philharmonic's Artistic Director, Robert Davis.

"We have to think about the people, the musicians, the culture," Davis said. "The music is everybody's and its what they value. If they can trust us with that, they'll trust us with other things."

CBS News first met Davis and these students a year ago in Havana, Cuba. Twenty-one-year-old Wendy Galvez has been playing violin since she was seven.

"Billie Holiday, Ella Fitzgerald -- those are my gods," said Galvez.

Galvez, Lima, and the rest of the students study music in Havana, where the residue of jazz left over from America before the Castro revolution still echoes through the instruments.

Dizzy Gillespie's 1947 "Manteca" is one of the best examples of the two nations' musical collaboration -- before Fidel Castro closed jazz halls and clubs like the famous Tropicana.

The U.S. embargo that followed created another challenge -- access to quality instruments was hard to come by, which made their performance in Chicago all the more remarkable.

Galvez says she believes music is a universal language.

"Most of the group doesn't know how to speak English, but when you're playing, we understand perfectly, everything."