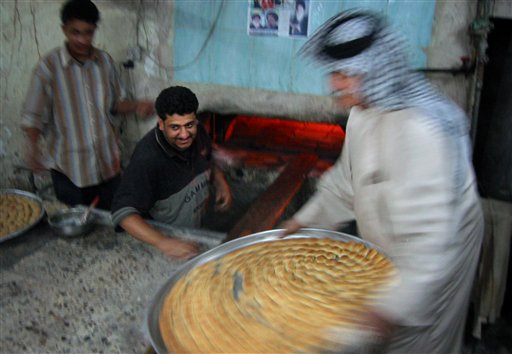 Karl Malone had 28 points and 17 rebounds as the Utah Jazz defeated the Phoenix Suns 108-97 Thursday night.

Utah had an 18-point first-half lead and led by 20 points early in the fourth quarter before Phoenix made a late 13-3 run. Dennis Scott hit three 3-pointers in 66 seconds to pull the Suns within single digits, but the Jazz hit their free throws in the closing seconds.

Chris Morris scored 20 points, including 4-of-7 on 3-pointers, as the Jazz won for the eighth time in nine games.

Jason Kidd scored 19 of his 23 points in the second half for Phoenix.

Scott scored nine of his 18 points in the fourth quarter, while Jeff Hornacek added 13 points for Utah.

The Suns have lost their last two games after winning five straight. Rex Chapman added 16 points for Phoenix, while Danny Manning had 11, all in the first half.

Utah took a 5-4 lead less than four minutes into the game and never trailed again.

The Jazz made a 19-3 first-quarter run highlighted by nine points from Malone. Adam Keefe had 10 points for Utah in the period.

Malone, who has led Utah in scoring 19 straight games, was brilliant in the first half with 18 points and 12 rebounds.

Hornacek had nine third-quarter points as Utah made a 12-4 run and extended its lead to 85-67.

Malone left the game with 2:43 remaining in the quarter when he came down awkwardly after a rebound, but he returned early in the fourth quarter and scored four more points.

Notes: Former BYU coach Roger Reid made his first appearance in Utah since joining the Suns as an assistant coach on Jan. 8. Reid was fired by BYU in late 1996. ... Phoenix dropped to 6-2 on the road against the Midwest Division. ... Utah has beaten Phoenix in nine of their last 11 meetings.