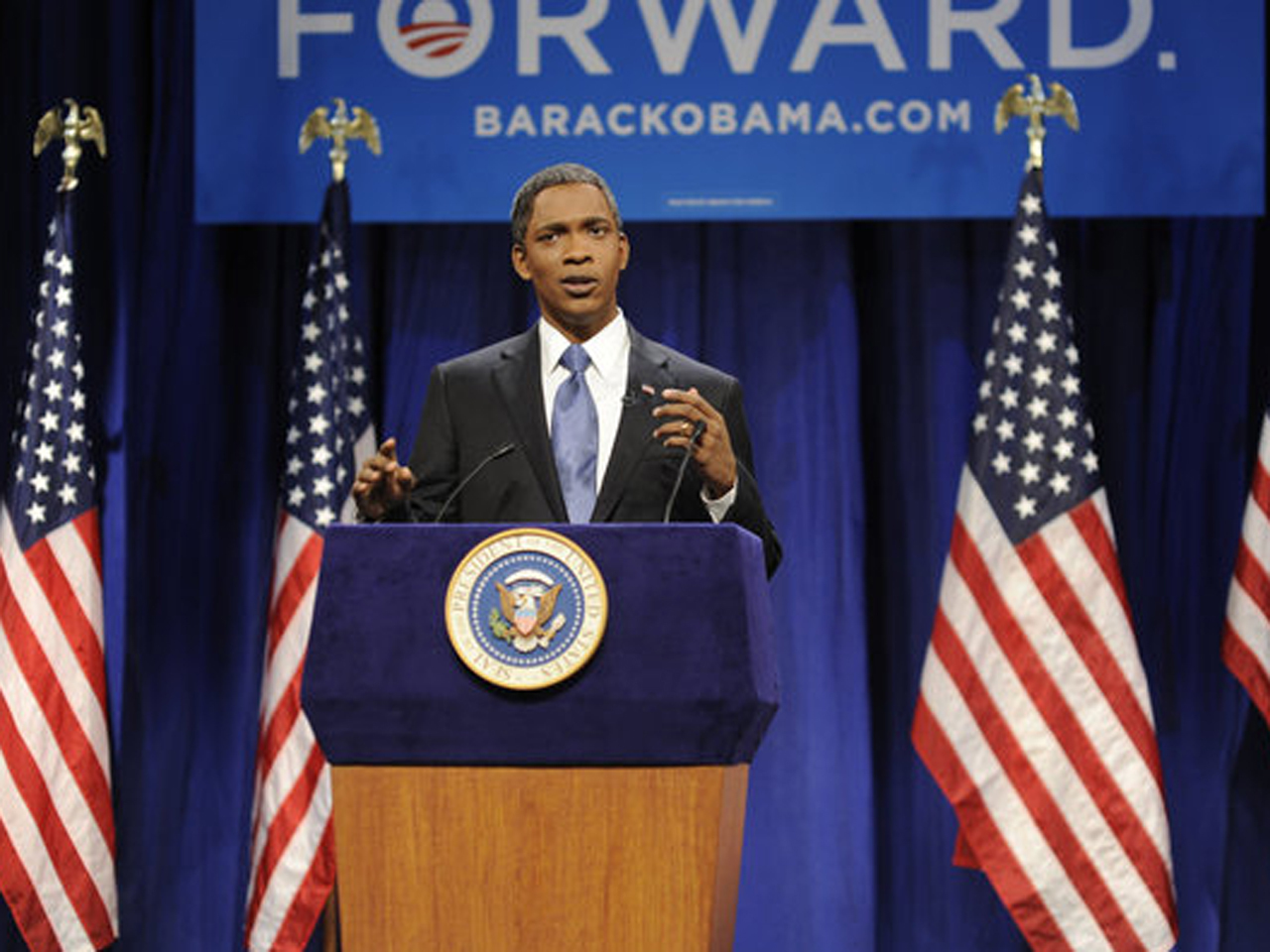 Veteran cast member Fred Armisen, who had been playing Mr. Obama since 2008, introduced his successor in the skit.

"Now it is my distinct honor to introduce the President of the United States, wouldn't want his job, right?" joked Armisen as he introduced Pharoah as Mr. Obama at an Ohio rally.

Lorne Michaels the show's creator and executive producer, told the New York Times  that  producers made the switch because Pharoah had been doing Obama impersonations over the summer  and that it was "time to shake it up."

But the highlight of the show may  have  been  MacFarlane's  parody of Olympic swimming medalist Ryan Lochte. The skit had Lochte  saying he "was America in Olympics." and  rating new TV shows. "It feels so weird to be dry," he says.

Tell us: What did you think of Pharoah's debut and MacFarlane's impersonation ?