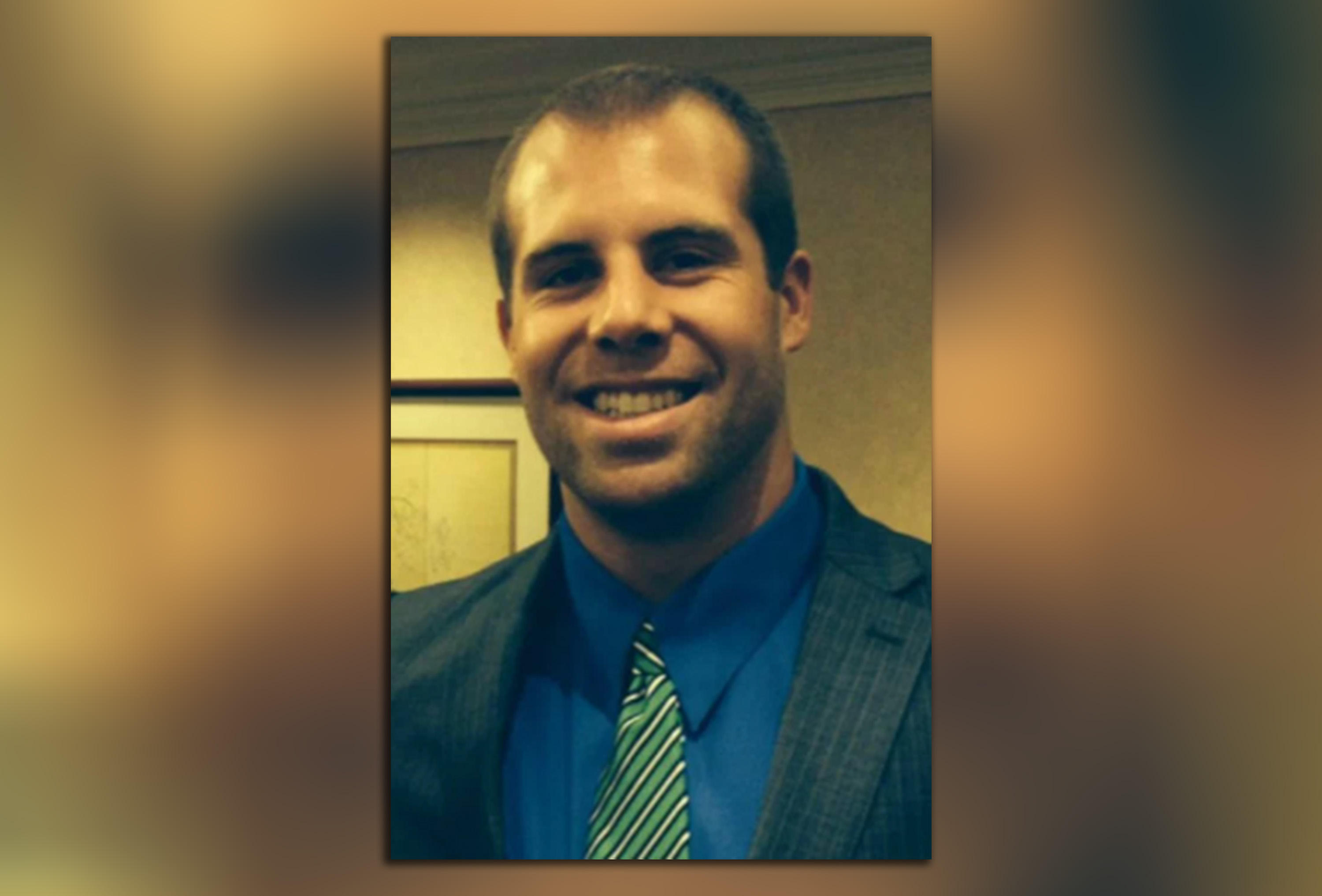 A science teacher is being praised as a hero after tackling a male student armed with two handguns at a suburban Indianapolis middle school Friday morning. A student said he watched Jason Seaman run toward the gunman and tackle him to the ground after he fired several shots into a classroom.

"We were all hiding in the back of a classroom behind some desks, then [Seaman] was yelling to call 911, to get out of the building as fast as we could," the student told CBS affiliate WTTV. The student hailed Seaman, who is also a football coach, as a hero.

The alleged shooter is being held in police custody while the teacher and a 13-year-old student are hospitalized with gunshot wounds.

Seaman was shot three times: once in the stomach, hip and arm. The former college football player who doubles as the middle school football coach is being hailed as a hero for putting himself between his students and the bullets.

"I want to let everyone know that I was injured but am doing great," Seaman said in a statement to WTTV provided by a friend. "To all the students, you are all wonderful and I thank you for your support. You are the reason I teach."

"What do you think about the sacrifice Mr. Seaman made?" CBS News asked seventh grader Karen Cantor-Reyes.

"I have no words because it was such an amazing act of caring," she said.

Police said the shooting at Noblesville West Middle School occurred around 9 a.m. Friday. Seaman and a 13-year-old girl were injured in the attack. The student, who asked to remain anonymous, said the teacher's actions likely prevented tragedy.

Seaman's brother, Jeremy Seaman, told The Indianapolis Star his brother was shot three times and underwent surgery. He said he was conscious after the shooting and spoke with his wife, telling her he was OK.

Jeremy Seaman, who now lives in Arizona, said his brother was a defensive end for Southern Illinois University's football team and has never been a person to run away.

This is the 17th school shooting this year and fourth of the month.

The attack comes a week after an attack at a high school in Santa Fe, Texas, that killed eight students and two teachers, and months after the school attack that killed 17 people in Parkland, Florida. The Florida attack inspired students from that school and others throughout the country to call for more restrictions on access to guns.

After the Indiana attack, students were bused to the Noblesville High School gym, where hundreds of parents and other family members arrived to retrieve them.

Authorities referred to a prompt and heroic response but didn't confirm accounts of the teacher tackling the student or describe the role of the resource officer who was stationed at the school.

When asked to elaborate on his praise of response, Indiana State Police Superintendent Doug Carter said: "Wait 'til one day we can tell you that story. You'll be proud of them, too."

Eighth-grader Chris Navarro said he was inside an auditorium when he heard several gunshots about a minute before the bell rang for the change in classes.

"The speaker came on and said we were on lockdown and people rushed in and we went to the back of the room. I went into this little room in the back with three other people," he said calmly standing between his parents as they picked him up.

Jennifer Morris, who was among the worried parents who rushed to get their kids, appeared slightly dazed and said she was at work when her 14-year-old son sent a text message about the shooting, stunning her.

"He said, 'I'm OK, please come get me.' That was probably 20 minutes after it happened," Morris said. "It's like a bad dream. I don't know how you get the kids through this. This isn't something you're trained for as a parent."

Gov. Eric Holcomb, who was returning from a trip to Europe on Friday, issued a statement saying he and other state leaders were getting updates about the situation and that 100 state police officers had been made available to work with local law enforcement.

"Our thoughts are with all those affected by this horrible situation," Holcomb said.

Noblesville, which is about 20 miles northeast of Indianapolis, is home to about 50,000 people. The middle school has about 1,300 students from grades 6-8. The school's academic year was scheduled to end next Friday.

Indiana's Senate Democrats issued a statement in response to Friday's school shooting expressing their condolences to the victims and calling for steps to prevent such shootings, including restrictions on guns.