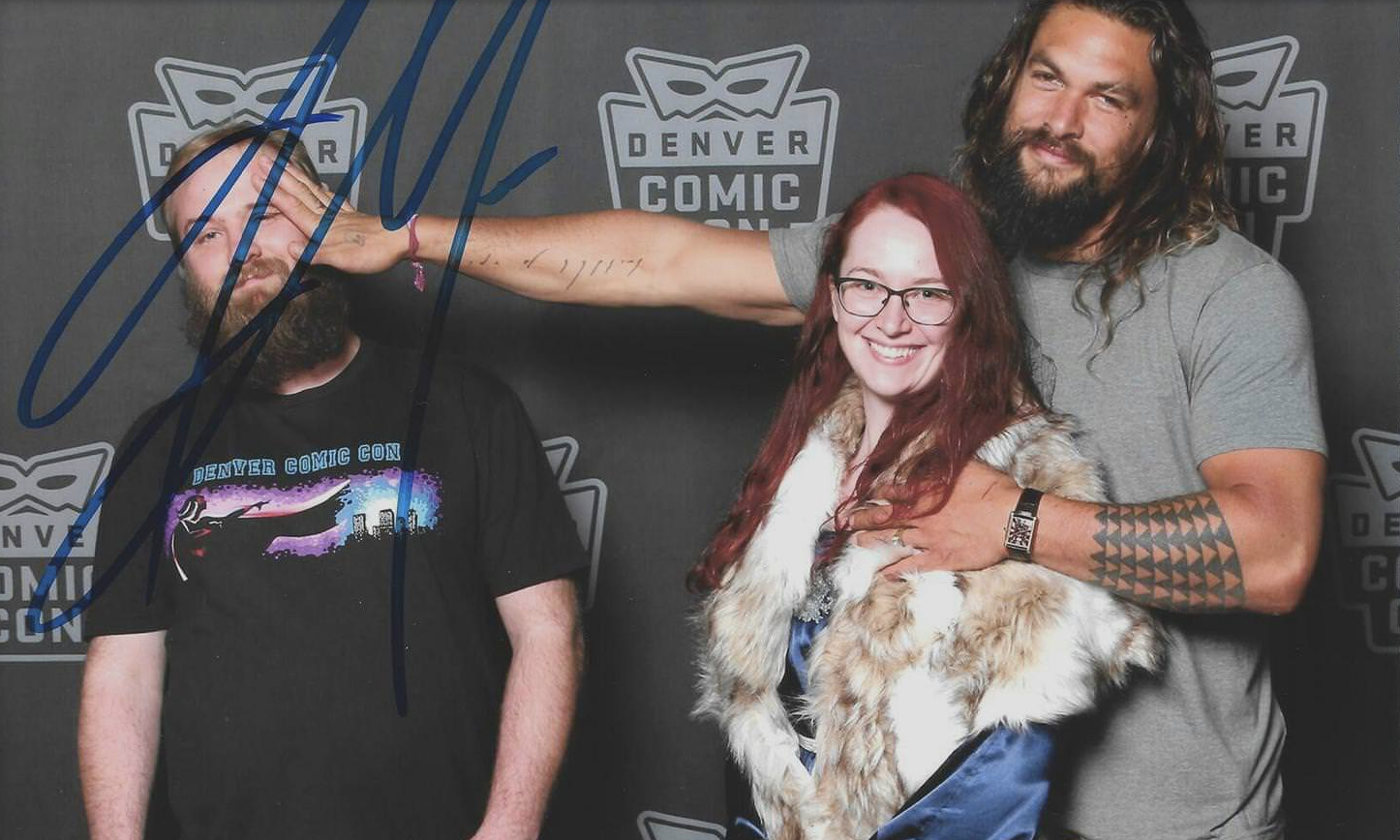 A plethora of stars showed up for Denver's Comic Con last weekend -- from the "Stranger Things" kids to the "Walking Dead" zombie slayers to superheroes from the "Justice League," CBS affiliate KHOU reports. Actor Jason Momoa, who plays Aquaman in "Justice League" and will star in a movie about the superhero, attended the convention and posed for photos with fans.

However, one photo in particular is going viral.

Reddit user twoforjoy posted the photo from her meet-and-greet Momoa, and it gained a lot of attention. "I told my husband I wanted a picture alone with Jason Momoa, but he wasn't comfortable with that," Twoforjoy wrote in her post.

The photo shows the woman posing with the burly Momoa's hand on her shoulder. Both have smiles on their faces. At the same time, Momoa pushes her husband away with a hand to side of his face, as if to say, "back off."

The photo perfectly captured Momoa's reaction to the woman's story. And he sealed it with an autograph -- signed right over the husband's face.

The burly actor has also had roles in "Game of Thrones," "Conan the Barbarian" and the Netflix series "Frontier," but on Reddit, he's now known for this photo. Twoforjoy's post got over 3,000 comments -- from comic lovers, and comedy lovers alike.