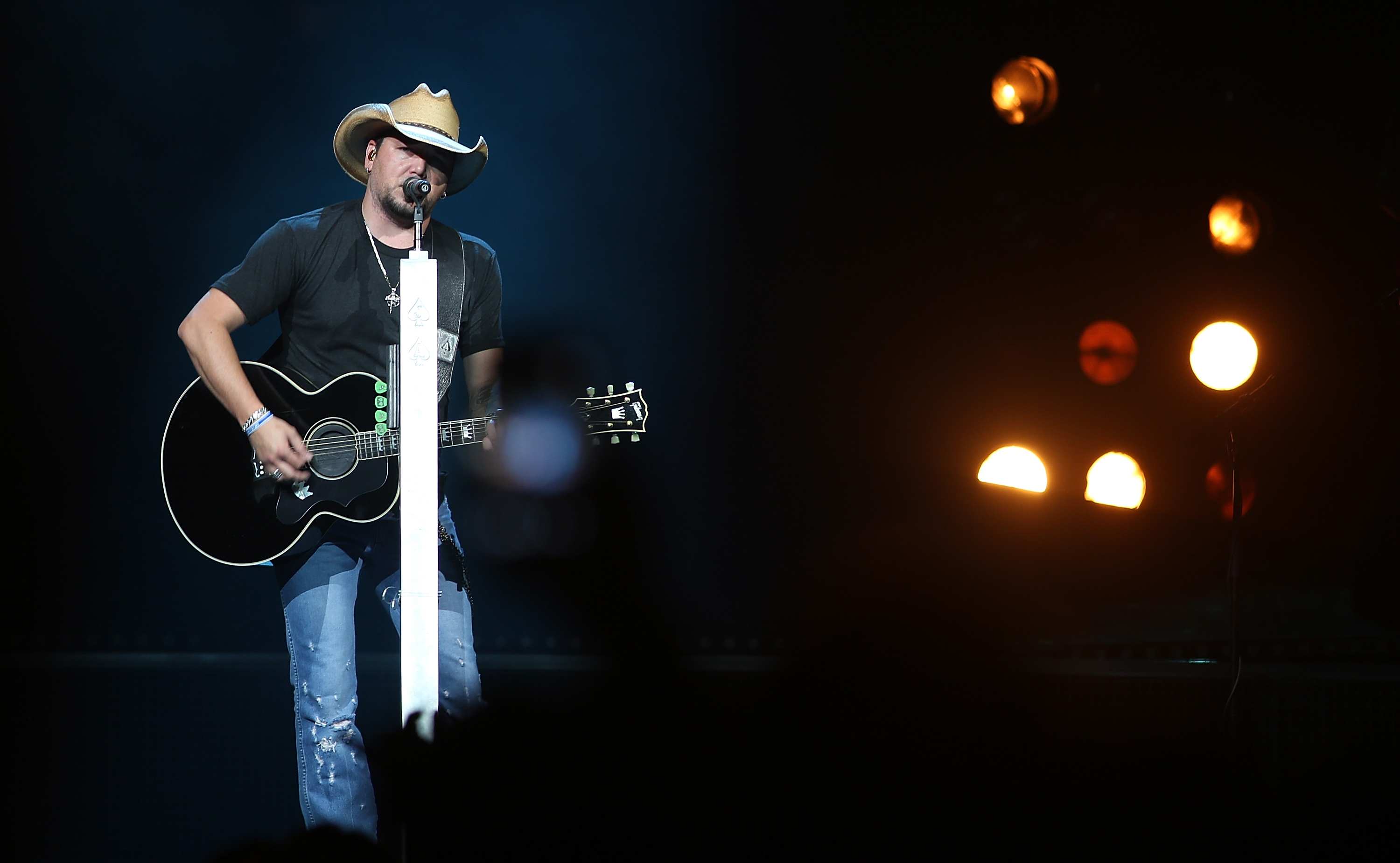 Aldean's sixth album, "Old Boots, New Dirt," had been available to subscribers of the service when it was initially released Oct. 7, but a Spotify spokesman confirmed the album was removed. A representative for Aldean's label, Broken Bow Records, said the label had no comment on the decision.

The album has sold more than 467,000 copies since its release and hit No. 1 on the Billboard 200 chart. "Old Boots, New Dirt" had the biggest first week for a country album on Spotify with more than three million streams and Aldean also recorded a track-by-track commentary for Spotify listeners.

For her part, Swift recently explained why she decided to take her music off Spotify, saying, "Music is changing so quickly, and the landscape of the music industry itself is changing so quickly, that everything new, like Spotify, all feels to me a bit like a grand experiment. And I'm not willing to contribute my life's work to an experiment that I don't feel fairly compensates the writers, producers, artists, and creators of this music."

According to Spotify, "Every time somebody listens to a song on Spotify it generates payments, but Spotify does not calculate royalties based upon a fixed 'per play' rate."

Some artists have taken issue with Spotify's payment system. Go here for more on how Spotify pays artists.