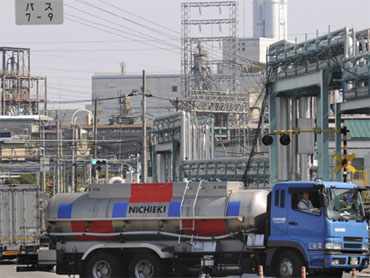 Japan's factory output grew the most in six months in November as a recovery in export demand from Asia boosted production in the world's second-biggest economy.

Factory output — a key barometer of Japan's economic health — was up 2.6 percent from October and logged its ninth consecutive month of growth, the government said Monday.

Shipments in November edged up 0.9 percent month-on-month with inventories rising 0.2 percent. The government forecast industrial output will grow by 3.4 percent in December and 1.3 percent in January.

Japan has struggled to shake off its worst recession since World War II amid deflation and a strong yen, which erodes the profits of Japanese exporters.

Prime Minister Yukio Hatoyama vowed Friday his government would do its utmost to spur Japan's nascent economic recovery. He unveiled a record 92.29 trillion yen ($1 trillion) budget for the next fiscal year starting in April 2010.