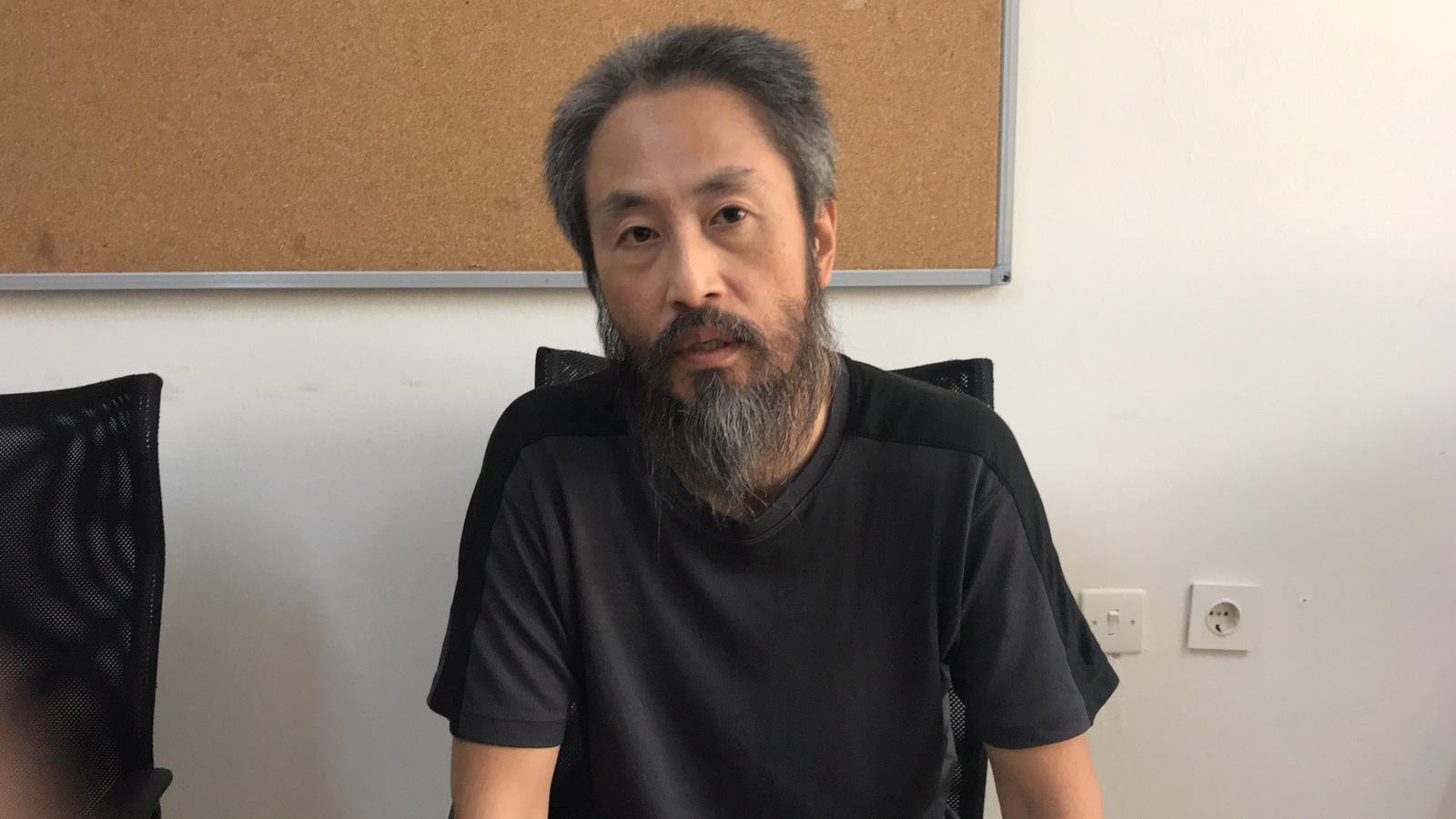 TOKYO -- Freelance Japanese journalist Jumpei Yasuda, who was kidnapped more than three years ago in Syria, has been released and was at a Turkish immigration facility on Wednesday, Foreign Minister Taro Kono said. Japanese officials had been trying to verify whether a released man at the facility in the southern Turkish city of Antakya was the 44-year-old journalist, after being informed Tuesday night by Qatar.

As Japan waited anxiously for confirmation on Wednesday, and even before Kono confirmed it, a video surfaced to confirm the good news.

"My name is Jumpei Yasuda, Japanese journalist. I have been held in Syria for 40 months, now in Turkey. Now I'm in safe condition. Thank you very much," a bearded Yasuda said in the video, which was released by a Turkish governor's office.

Yasuda was kidnapped in 2015 by al Qaeda's branch in Syria, known at the time as Nusra Front, after his contact was lost in June that year. A war monitoring group said he was most recently held by a Syrian commander with the Turkistan Islamic Party, which mostly comprises Chinese jihadis in Syria.

Prime Minister Shinzo Abe told reporters before the video surfaced on Wednesday that he was relieved by the news that a man believed to be Yasuda had been found unharmed, and said he was anxious to get the man's identify confirmed. Chief Cabinet Secretary Yoshihide Suga said the man was most likely Yasuda and that he was in a town in Turkey near the Syrian border.

The news of Yasuda's release came from Qatar, which helped in the effort for the release, along with Turkey and other countries in the region, Suga said, thanking them for their support.

Asked if any ransom was paid to win his release, Suga said: "There is no fact that the ransom money was paid."

"I was just praying for his safe return," his mother Sachiko Yasuda, 75, told Japan's NHK public television as she and her husband stood in front of their home outside Tokyo, holding a "thousand cranes" well-wishing origami ornament that she had added one every day for three years.

Yasuda started reporting on the Middle East in early 2000s. He was taken hostage in Iraq in 2004 with three other Japanese, but was freed after Islamic clerics negotiated his release.

His last work in Syria involved reporting on his friend Kenji Goto, a Japanese journalist who was taken hostage and killed by the Islamic State of Iraq and Syria (ISIS).

Contact was lost with Yasuda after he sent a message to another Japanese freelancer on June 23, 2015. In his last tweet two days earlier, Yasuda said his reporting was often obstructed and that he would stop tweeting his whereabouts and activities.

Several videos showing a man believed to be Yasuda have been released in the past year.

In one video released in July, the bearded man believed to be Yasuda said he was in a harsh environment and needed to be rescued immediately.

Syria has been one of the most dangerous places for journalists since the conflict there began in March 2011, with dozens killed or kidnapped.

Several journalists are still missing in Syria and their fates are unknown.