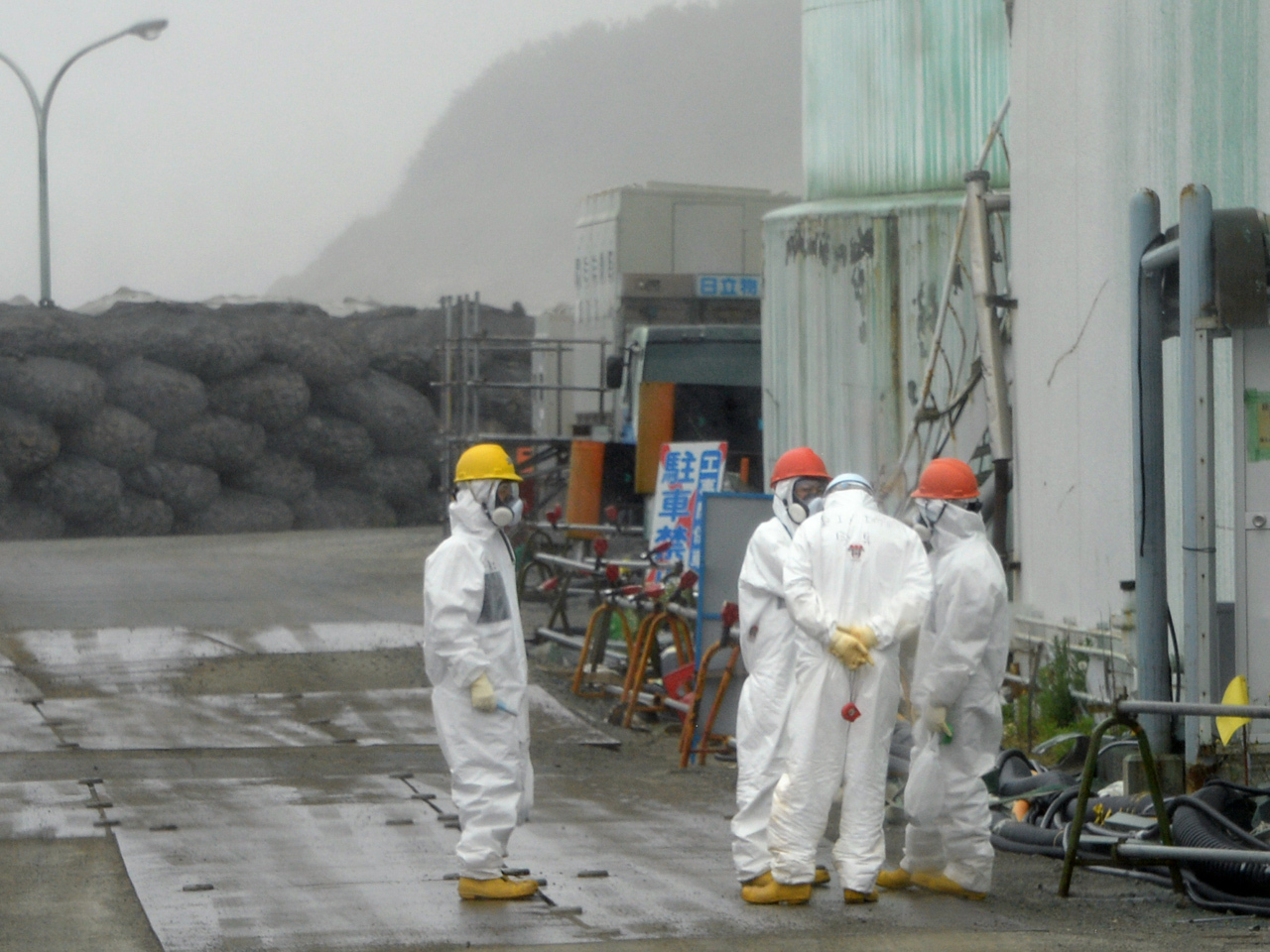 Tokyo Electric Power Co., which operates the Fukushima Dai-ichi plant, also came under fire Monday for not disclosing earlier that the number of plant workers with thyroid radiation exposures exceeding threshold levels for increased cancer risks was 10 times what it said released earlier.

The delayed announcements underscored the criticisms the company has faced over the Fukushima crisis. TEPCO has been repeatedly blamed for overlooking early signs, and covering up or delaying the disclosure of problems and mishaps.

Company spokesman Masayuki Ono told a regular news conference that plant officials have come to believe that radioactive water that leaked from the wrecked reactors is likely to have seeped into the underground water system and escaped into sea.

Nuclear officials and experts have suspected a leak from the Fukushima Dai-ichi since early in the crisis. Japan's nuclear watchdog said two weeks ago a leak was highly suspected and ordered TEPCO to examine the problem.

TEPCO had persistently denied contaminated water reached the sea, despite spikes in radiation levels in underground and sea water samples taken at the plant. The utility first acknowledged an abnormal increase in radioactive cesium levels in an observation well near the coast in May and has since monitored water samples.

Ono said plant officials believe a leak is possible because the underground water levels in suspected areas fluctuate in accordance with tide movements and rainfalls.

"We are very sorry for causing concerns. We have made efforts not to cause any leak to the outside, but we might have failed to do so," he said.

Ono said the radioactive elements detected in water samples are believed to largely come from initial leaks that have remained since earlier in the crisis. He said the leak has stayed near the plant inside the bay, and officials believe very little has spread further into the Pacific Ocean.

TEPCO is currently injecting chemical solution into the coastline embankment to solidify underground structure and block contaminated underground water from escaping into sea — an operation revealed to the Japanese media Monday.

"Many things have fallen a step behind. You should be ahead of the curve to foresee risks and take measures," said deputy industry minister Kazuyoshi Akaba, who inspected the operation, Kyodo News agency reported.

Marine biologists have warned that the radioactive water may be leaking continuously into the sea from the underground, citing high radioactivity in fish samples taken near the plant.

Most fish and seafood from along the Fukushima coast are barred from domestic markets and exports.

Ono said that an estimated 1,972 plant workers, or 10 percent of those checked, had thyroid exposure doses exceeding 100 millisieverts — a threshold for increased risk of developing cancer — instead of the 178 based on checks of 522 workers reported to the World Health Organization last year.