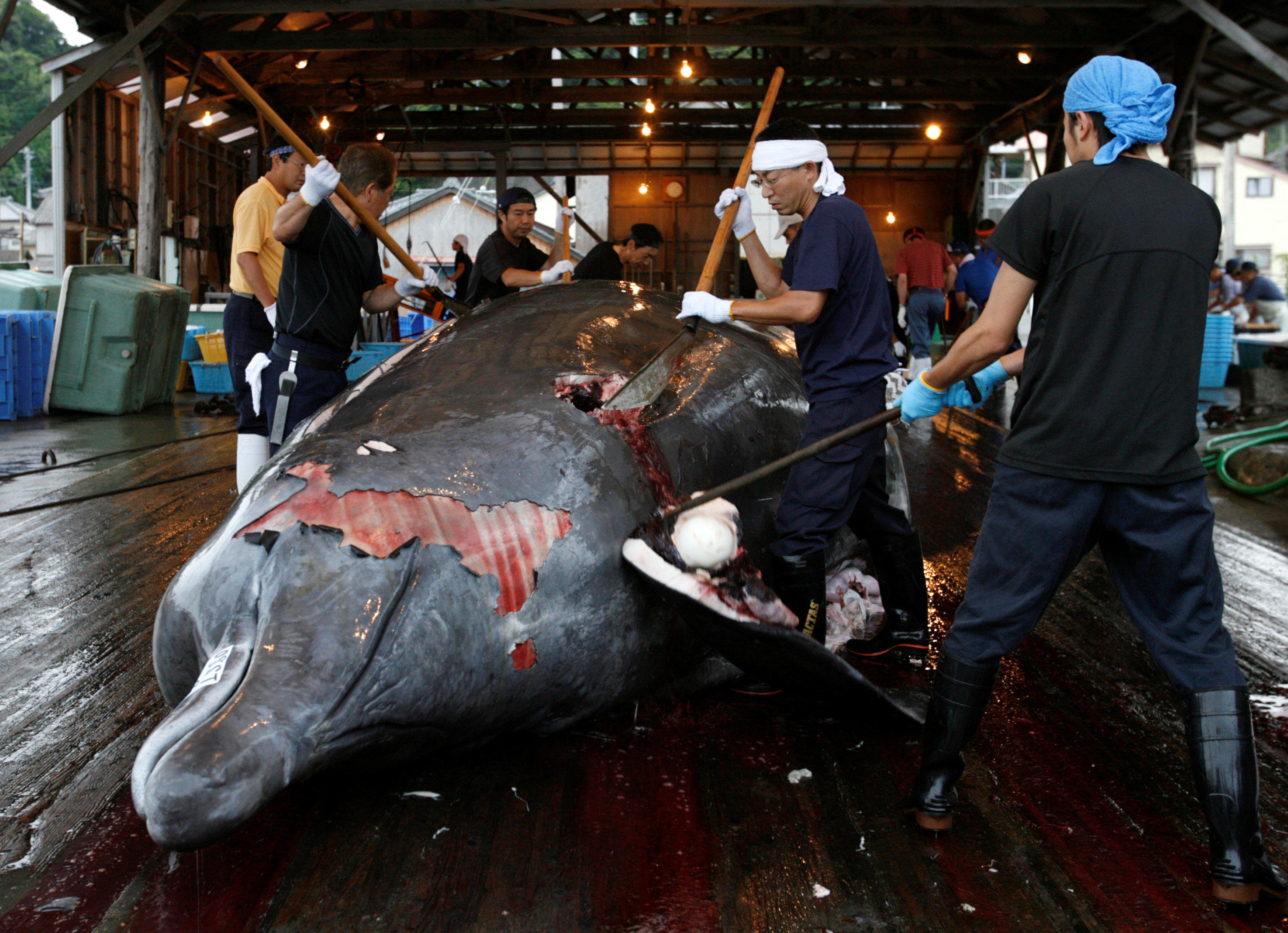 Japan said Wednesday it is withdrawing from the International Whaling Commission and will resume commercial whaling next year, sparking criticism from activists and anti-whaling countries including Australia.

The announcement comes after Japan failed earlier this year to convince the IWC to allow it to resume commercial whaling.

"We will not hunt in the Antarctic waters or in the southern hemisphere," he added.

Tokyo has repeatedly threatened to pull out of the IWC, and has been regularly criticised for catching hundreds of whales a year for "scientific research" despite being a signatory to a moratorium on hunting the animals.

Suga said Japan would officially inform the IWC of its decision by the end of the year, which will mean the withdrawal comes into effect by June 30.

Leaving the IWC means Japanese whalers will be able to resume hunting in Japanese coastal waters of minke and other whales currently protected by the IWC.

But Japan will not be able to continue the so-called scientific research hunts in the Antarctic and elsewhere that it has been exceptionally allowed as an IWC member.

Australia's government said it was "extremely disappointed" and urged Japan to reconsider.

"Whaling is an outdated and unnecessary practice. We continue to hope Japan eventually reconsiders its position and will cease all whaling," he said.

Japan has hunted whales for centuries, and the meat was a key source of protein in the immediate post-World War II years when the country was desperately poor.

But consumption has declined significantly in recent decades, with much of the population saying they rarely or never eat whale meat.

Whale hunting has become a rare thorny subject in Japan's otherwise largely amiable foreign policy, with international opposition only prompting conservatives to dig in deeper in support of the tradition.

Many members of Prime Minister Shinzo Abe's conservative Liberal Democratic Party are supporters of whaling, and he himself comes from a constituency where whale hunting remains popular.

Tokyo argues that whaling is an important part of Japan's traditions, and Suga said the withdrawal would allow fishermen to "pass our country's rich whaling culture onto the next generation."

In September, Tokyo argued unsuccessfully that stocks of certain species of whale were now sufficient to support renewed hunting.

"At the IWC general meeting in September this year, it became evident once again that those supporting the sustainable use of whale stocks and those supporting protection cannot co-exist, leading us to this conclusion," Suga said.

Hideki Moronuki, a senior official at the Fishery Agency, told reporters: "A withdrawal is not the best option, but it is a better option in order to achieve Japan's major objective of commercial whaling."

The number of whales that will be hunted is still unclear

Greenpeace Japan's executive director Sam Annesley said the decision was "out of step with the international community."

The IWC, established in 1946 to conserve and manage the world's whale and cetacean population, introduced a moratorium on commercial whaling in 1986.

Japan is the biggest financial contributor to the IWC, which may now have to find ways to replace lost funding.

Tokyo has long exploited a loophole allowing whales to be killed for "scientific research" and says it is trying to prove the population is large enough to sustain a return to commercial hunting.

It makes no secret however of the fact that meat from the expeditions ends up on dinner tables.

It was not yet clear how many whales would be caught each year once Japan resumes commercial whaling, officials said.

Last season, its scientific research expeditions caught nearly 600 whales in the Antarctic and the northwest Pacific.