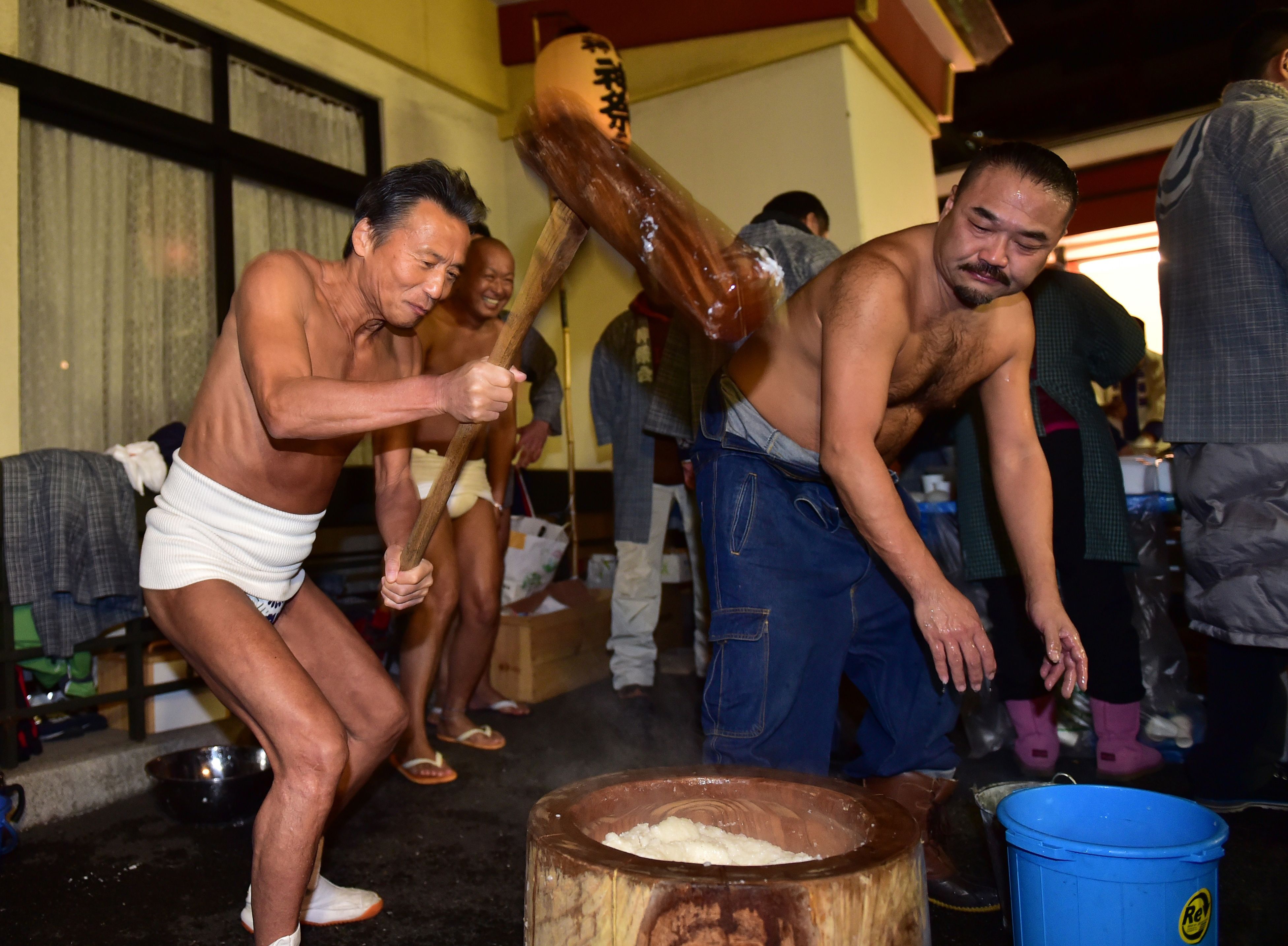 A sticky New Year's tradition has reportedly claimed another life in Japan -- but if the elderly woman was the only casualty, it marks an improvement on previous years.

Japan Today reports that a woman in her eighties choked on a ball of mochi, a glutinous speciality made from pounded steamed rice that Japanese eat specifically to mark the beginning of the new year.

The newspaper said at least 10 other people, all between the ages of 50 and 90, were hospitalized over the holiday with mochi-related problems, citing the Tokyo Fire Department.

The traditional delicacy, which has a consistency that makes it easy to choke on, has been proven a killer year after year, particularly among the elderly.

According to the Tokyo Fire Department, 18 people died from choking on mochi in the Japanese capital between 2006 and 2009, according to city's fire department. In 2011, Japanese media reported eight mochi-related deaths in Tokyo in January.

Every year, Japanese authorities warn people to cut mochi into small pieces before eating it. The Tokyo Fire Department even has a website offering tips on how to help someone choking on the rice cakes.