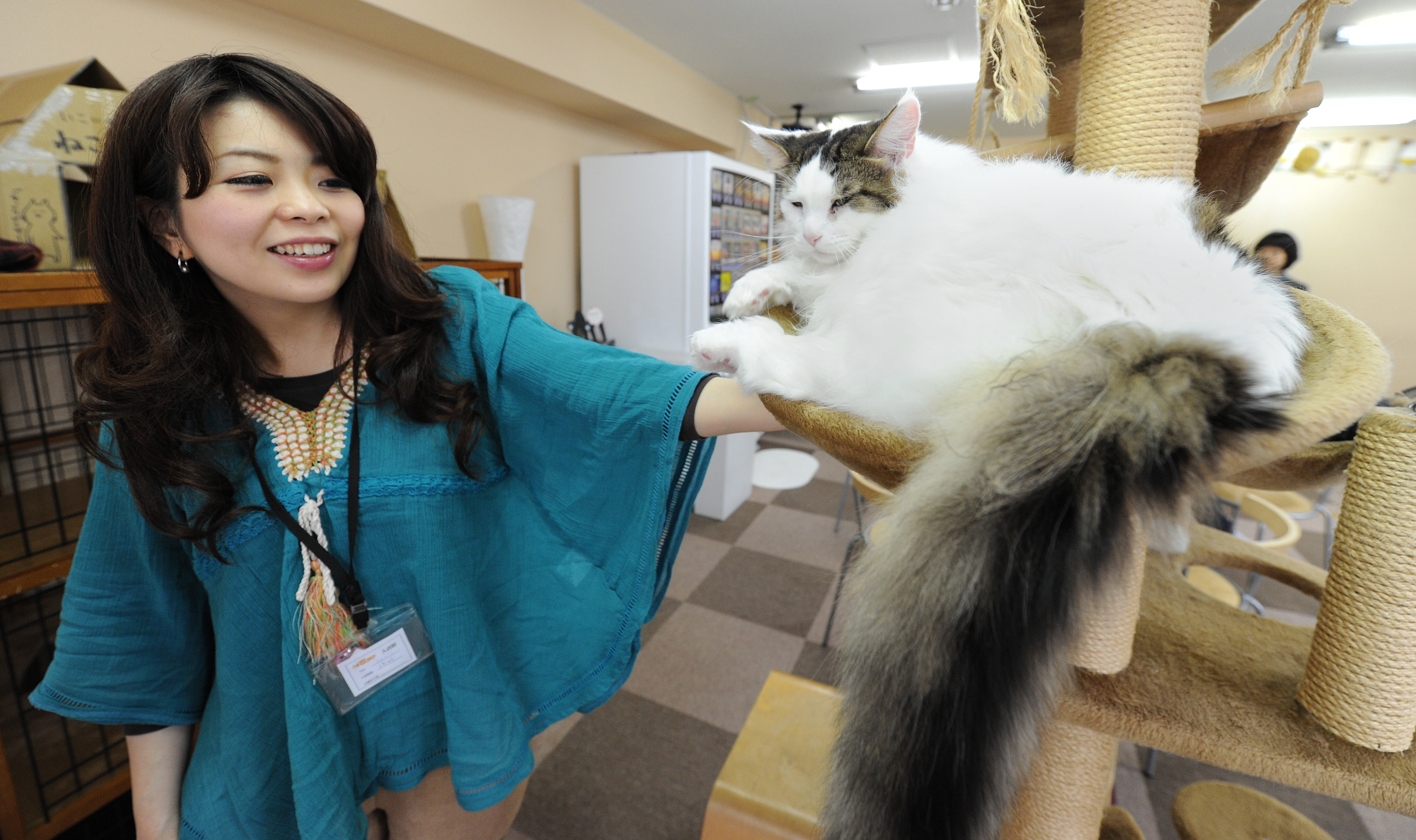 TOKYO-- Felines at Japan's popular "cat cafes" are now allowed to stay up until 10 p.m. to interact with customers.

The Environment Ministry's animal rights panel said Wednesday that the cats will be allowed to hang out two hours later than the old guidelines allowed.

Under the 2012 guidelines, cats and other animals at pet shops could not be displayed after 8 p.m.

Cat cafes were allowed to have their cats out until 10 p.m. only for the impact of nightlife on the cats' health to be studied. During the trial period, only cats age 1 or older that were free to take a break were allowed to be out at cafes for up to 12 hours.

Experts concluded the late hours made no notable difference on cats' stress levels.

Cafe owners say their felines are not under stress being out until late because they are nocturnal anyway and became used to a cafe environment while growing up.

Japan has hundreds of cat cafes - establishments where customers can see and play with the cats. Tokyo alone has more than 50 of them that are frequented by foreign tourists and students during the day, while others visit at the end of the workday.