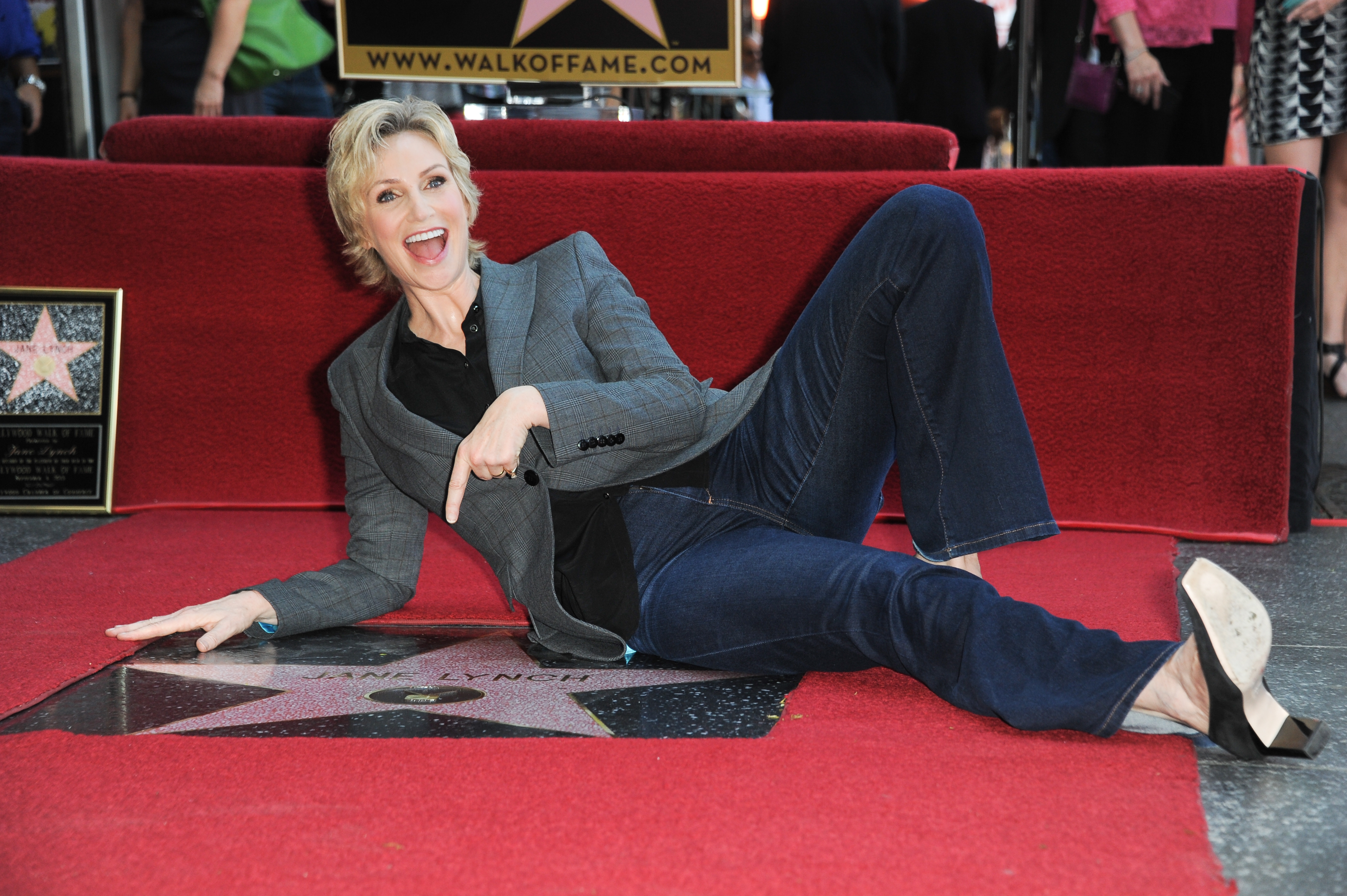 Funny woman Jane Lynch has earned a spot among some of Hollywood's brightest stars.

An animated Lynch told CBS News she now expects to have trouble sleeping after receiving the honor.

Lynch is perhaps best known for her ongoing role as the track suit-wearing cheerleading coach on the hit television show "Glee."

She and her fellow cast members are currently shooting an episode that involves the death of "Glee" character Finn Hudson. The role was played by actor Corey Monteith, who died in July from a mixture of heroin and alcohol, according to the British Columbia coroner's office.

"Work is the best thing for grief," said Lynch. "So we are working on this episode right now, the tribute to our quarterback, our Corey, who was not only quarterback of the football team, but of the Glee Club and I think it does him great justice."

During the ceremony, Lynch posed alongside her new star --and even laid down next to it -- as crowds of fans and photographers snapped her photo.

She says the Hollywood honor is one she has dreamed of since moving to Los Angeles more than 20 years ago.