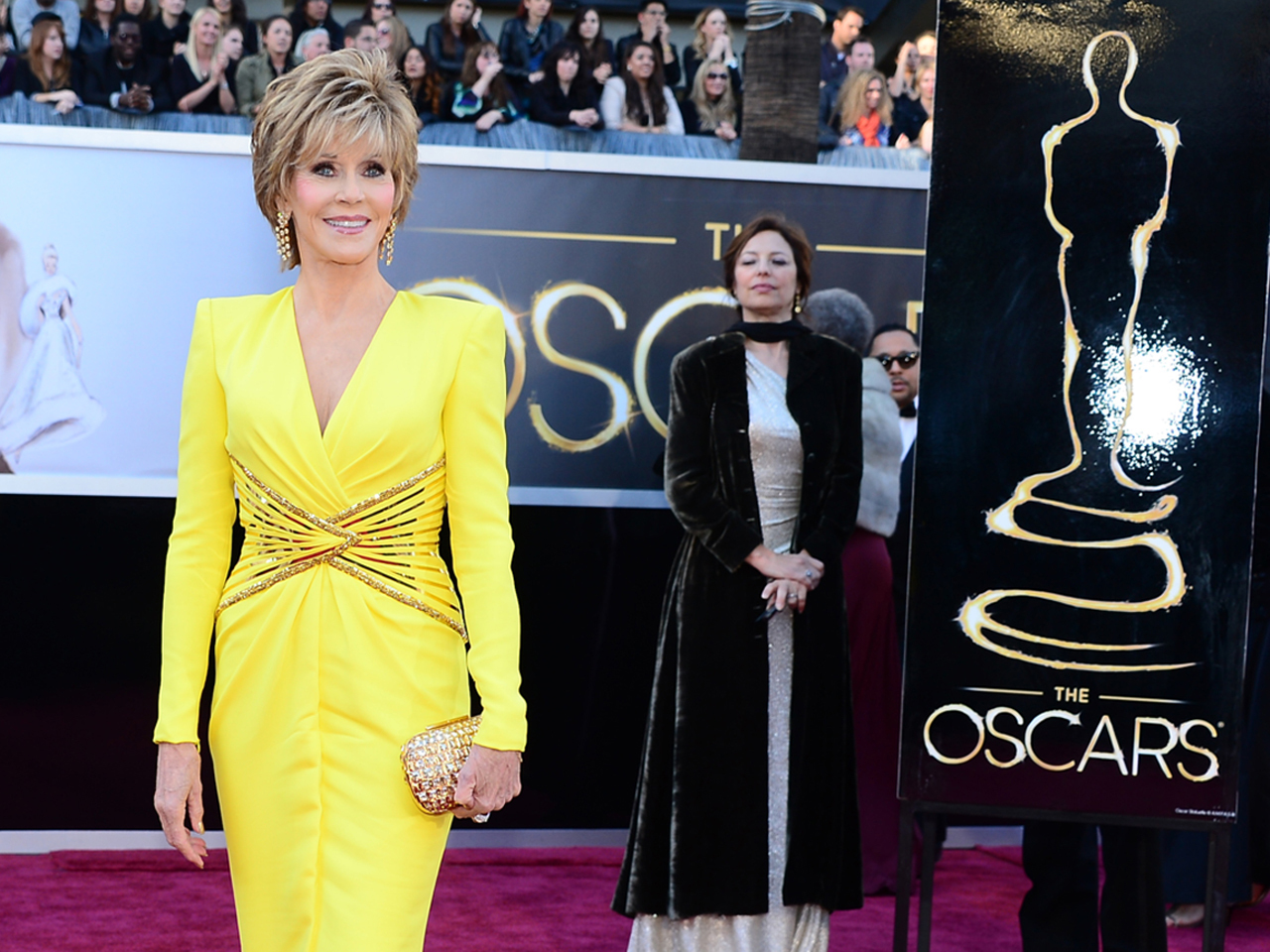 There were a lot of things Jane Fonda liked about the 85th Academy Awards, but Seth MacFarlane's "We Saw Your Boobs" song wasn't one of them.

Fonda and Michael Douglas presented the best director Oscar on Sunday to Ang Lee for "Life of Pi."

And while the 75-year-old, two-time Oscar winner had praise for much of the night's festivities, she wasn't so thrilled with McFarlane's's opening song-and-dance routine, in which the Oscars host named off a list of Hollywood actresses who have performed topless or full-frontal nude scenes in past films.

"Remember that this is a telecast seen around the world watched by families with their children and to many this is neither appropriate or funny," Fonda wrote on her official web site Wednesday. "I agree with someone who said, 'If they want to stoop to that, why not list all the penises we've seen?'"

Fonda isn't the only one not singing along to MacFarlane's boob tune.

Tell us: Do you think McFarlane's song was offensive?