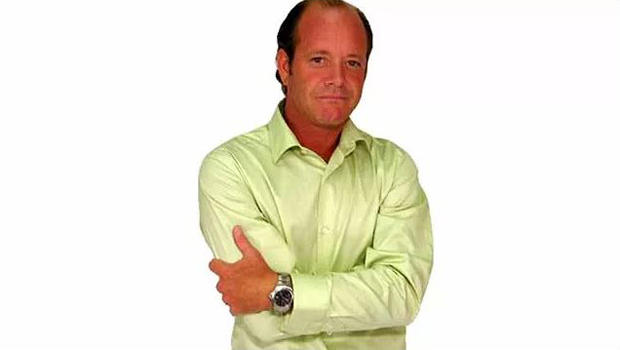 ST. LOUIS -- A conservative commentator who sent a violent and vulgar tweet saying he would use "a hot poker" to sexually assault a 17-year-old survivor of a Florida high school shooting has resigned from a St. Louis TV station after several advertisers withdrew from his show. KDNL-TV has canceled "The Allman Report" and accepted Jamie Allman's resignation, according to a brief statement from Ronn Torossian, a spokesman for the Sinclair Broadcast Group, which operates the TV station.

"His show is canceled and he is off the air immediately," Torossian said in the statement, according to CBS St. Louis affiliate KMOV-TV.

Before the show's launch in January 2015, KDNL-TV touted it as a nontraditional newscast with a conservative spin.

Allman's also off the radio airwaves. Entercom spokeswoman Esther-Mireya Tejeda said Tuesday that his show on KFTK-FM has been taken off the air while the company "looks into the matter." Entercom has been operating KFTK-FM since last month. The station previously was owned by Emmis Communications.

Allman was absent Monday from his radio show. He hasn't responded to messages from the Associated Press seeking comment.

Hogg has strongly advocated for stricter gun control since 17 people were killed in the Feb. 14 mass shooting at his school in Parkland, Florida.

The teenager's willingness to take on the cause has made him a target for some conservatives.

Fox News Channel's Laura Ingraham tweeted Hogg had whined about not getting in to some colleges he had applied for.

Hogg responded by suggesting that people offended by Ingraham's remark contact her advertisers.

Some 19 companies responded by saying they wouldn't air commercials on Ingraham's show.

Ingraham was on vacation for a week after apologizing via social media for her tweet.

She returned to work with defiance Monday. She hasn't discussed that episode specifically, but promised upcoming stories about conservatives who she says are fighting attempts to silence them.

Hogg, meanwhile, said it's "time to love thy neighbor, not mudsling at children."

Their social media spat came to symbolize the debate over how youthful advocates for gun safety should be treated by political opponents. Another student, Emma Gonzalez, has been falsely depicted in a doctored photo tearing up the Constitution.

"We've had people all over Missouri (and) all over the country weighing in on this ... it's heartwarming to know that tons of people throughout the state understand this is not acceptable," Newman told the St. Louis Post-Dispatch on Monday. "Even though we hadn't asked for his removal or resignation, (Sinclair) took it upon themselves. People know where the line is."

Sinclair is a conservative-leaning company that owns nearly 200 local TV stations, making it one of the largest such companies in the U.S.

Sinclair also has pushed for regulation of the broadcast industry to be eased and is trying to buy Tribune Media in a move that would dramatically increase the company's reach.