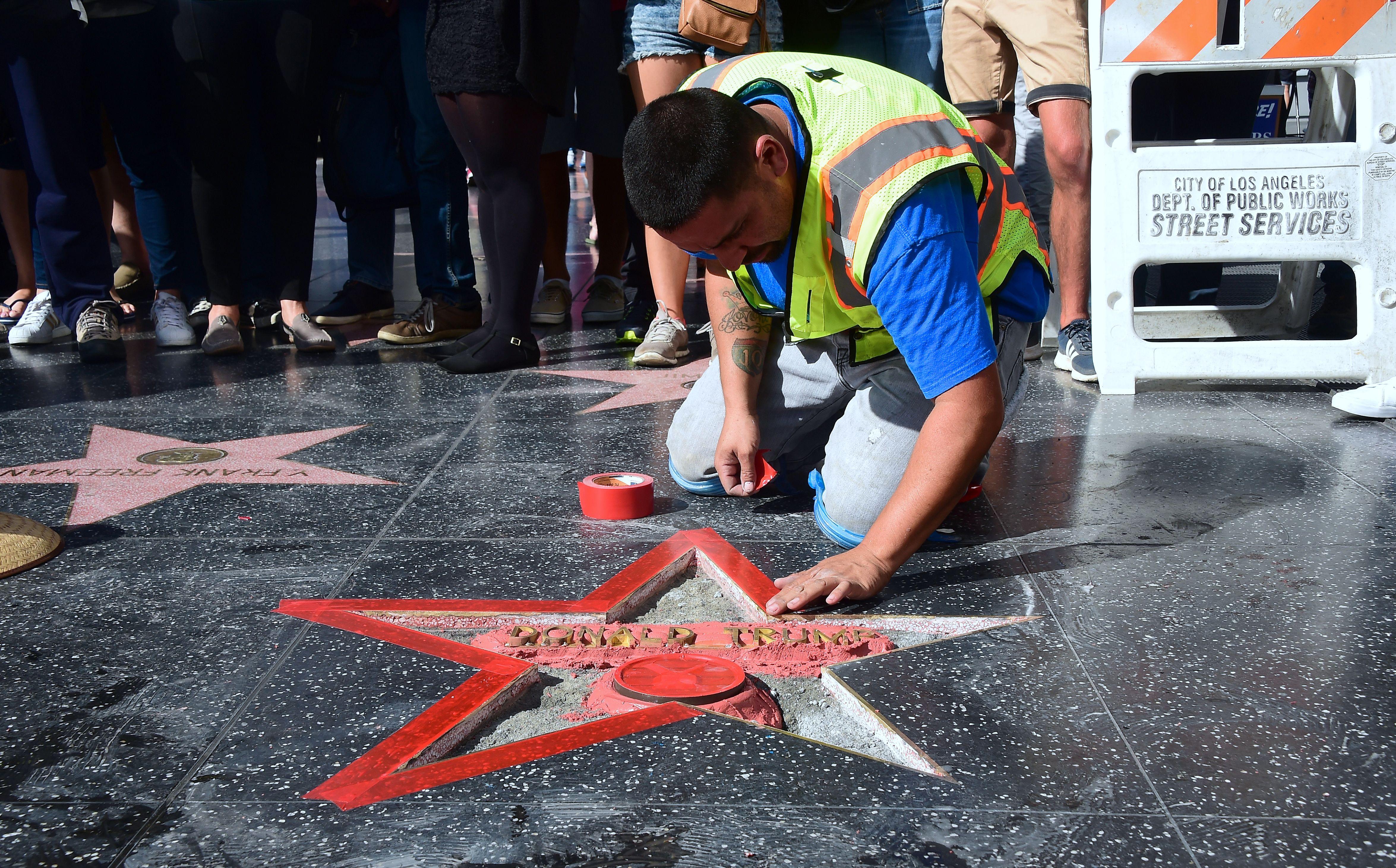 LOS ANGELES -- A man who destroyed Donald Trump’s star on the Hollywood Walk of Fame has been sentenced to three years of probation for vandalism.

An attorney for James Otis says he pleaded no contest to the felony Tuesday in Los Angeles Superior Court.

Otis used a sledgehammer and pickax to deface the star about a week before Trump was elected president.

Otis told reporters after a hearing last November, “Upon reflection after my arrest, I had said I was proud and felt very good about destroying Mr. Trump’s star. However, now I realize I was wrong, that I shouldn’t have done it,” CBS Los Angeles reports.

He went on to say that while “reflecting, I realized non-violence is the way to protest Mr. Trump. By destroying that star, it was wrong and I apologize for that, and I hope no one else will affect and hurt the Hollywood Walk of Fame stars.”

About 5:45 a.m. Oct. 26 while dressed in construction-worker garb, Otis used a sledgehammer and pick ax to hack away Trump’s name and the logo indicating the star had been awarded in the category of television — for Trump’s work on “The Apprentice.”

Otis previously said he originally intended to “remove” the entire star from the 6800 block of Hollywood Boulevard, auction it off in New York and give the money to women who allege they were groped or sexually assaulted by Trump, who has denied accusations of mistreating women.

But Otis said he was unable to accomplish the feat, so he removed a brass medallion from the star after using a sledgehammer and a pick ax to smash it up.

“It was very difficult. The stone was like marble — hard to get through,” Otis said a short time after Trump’s star was damaged. “It would have taken an hour.”

Otis was arrested the following day by Los Angeles police and released on a $20,000 bond.

Trump’s star was repaired at a cost of “a few thousand dollars,” according to the Hollywood Chamber of Commerce. The replaced star has remained covered and surrounded by barricades while the concrete settles, and to protect it from further damage.

Otis said he spent several nights in Hollywood preparing to carry out what he called an act of non-violent protest. He said he had been arrested about two dozen times in the past for protesting various causes.

In this case, however, he acknowledged that an act of vandalism may have crossed the line of non-violence.

“I destroyed the star, but considering the violence that has been committed (by Trump) — I’m a little sad that I had to (damage the star),” he said. “I’m usually always non-violent. It seems in this one instance I broke some stone and marble to make a point.”

Trump’s Walk of Fame star has been targeted previously, with vandals painting on it earlier last year, and a street artist erecting a small wall around it last summer to mock Trump’s pledge to build a wall along the U.S.-Mexico border.