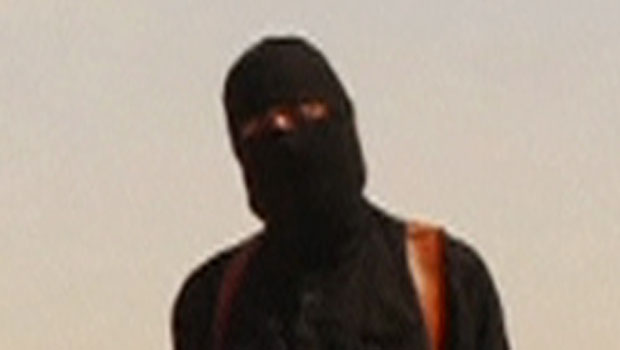 LONDON -- Experts say police and security services are using voice-recognition software and other technology, as well as human tips, as they scramble to identify the militant recorded on a video showing the killing of American journalist James Foley.

Prime Minister David Cameron has said the masked jihadi is likely British. Linguists say his accent suggests he is from the London area.

The Guardian newspaper quoted an unnamed former captive who was held in Raqqa, Syria, as saying he appeared to be "John," one of several British militants - nicknamed "The Beatles" by hostages - charged with guarding Islamic State ofIraq and Syria (ISIS) prisoners.

John O'Regan, a linguist at London's Institute of Education, said Thursday that analysts would likely make a voice print of the speaker and compare it to recordings of known suspects.

CBS News correspondent Holly Williams reported that in a bid to recruit more Muslims from the West, ISIS released a propaganda video in June featuring three British men who encouraged others to join them and sacrifice their lives for Islam.

"Look around you where you sit in comfort and ask yourself 'Is this how you want to die?'" says one of the men in the video.

Williams reports that intelligence officials worry that young European Muslims who have been recruited by ISIS will be ticking time bombs when they return.

They could also pose a threat to America, because those who carry British and some other European passports can enter the U.S. without a visa.

Dozens of Americans have done the same, and the fact that one of those Westerners appears to have killed Foley highlights the risk of radicalized jihadists with Western passports, which CBS News contributor and former deputy director of the CIA Mike Morell deemed the "main danger that ISIS now poses to the United States -- that is the number-one thing we need to worry about."