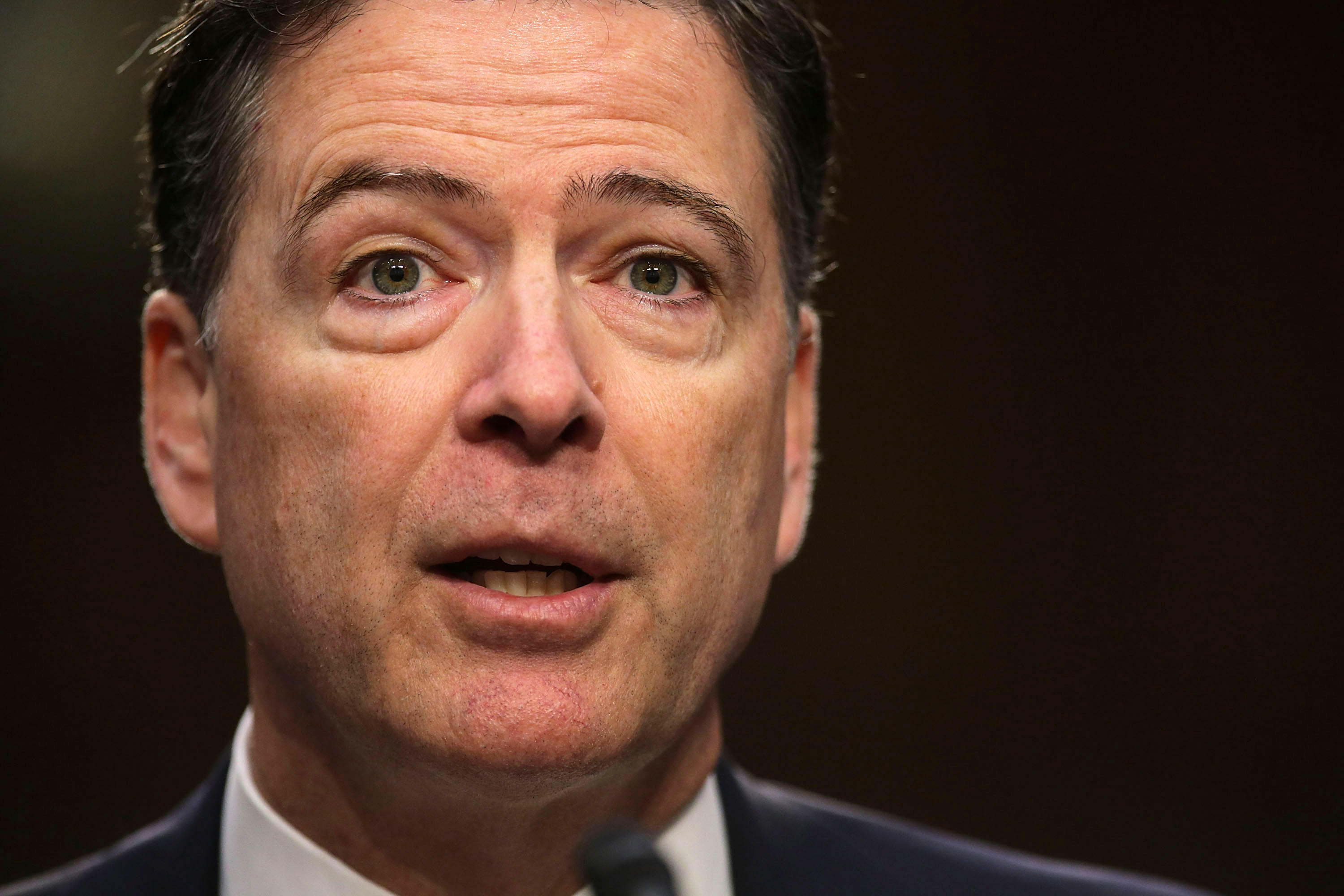 In his first media interview since being fired in May 2017, former FBI director James Comey said he believes President Trump is "morally unfit" to be president.

Comey made the statement in an interview with George Stephanopoulos that aired Sunday night on ABC's 20/20. "A person who sees moral equivalence in Charlottesville, who talks about and treats women like they're pieces of meat, who lies constantly about matters big and small and insists the American people believe it, that person's not fit to be president of the United States, on moral grounds."

Comey also told Stephanopoulos he can not say for certain whether Mr. Trump is compromised by the Russians. "It always struck me and still strikes me as unlikely, and I would have been able to say with high confidence about any other president I dealt with, but I can't. It's possible," he said.

When asked if Mr. Trump obstructed justice with respect to his fired National Security Adviser Michael Flynn, Comey said "possibly." He continued: "I mean, it's certainly some evidence of obstruction of justice. It would depend and -- and I'm just a witness in this case, not the investigator or prosecutor, it would depend upon other things that reflected on his intent," he said.

Comey's interview comes ahead of the publication of his book "A Higher Loyalty: Truth, Lies and Leadership"-- a title he says was influenced by a conversation with Mr. Trump when he was invited to dine at the White House in January 2017.

Over the meal, Comey says he was asked to take a pledge of loyalty to the president. "He said, again, 'I need loyalty.' And I said, 'You will always get honesty from me,'" Comey recalled telling Mr. Trump. "And he paused and then he said, 'Honest loyalty,' as if he was proposing some compromise or a deal. And I paused and said, 'You'll get that from me.'"

When asked if he thinks Mr. Trump should be impeached, Comey did not give an immediately clear answer.

"Impeachment is -- is a question of law and fact and politics. And so that'll be determined by people gather," he initially responded.

He then added that impeaching Mr. Trump "would let the American people off the hook... people in this country need to stand up and go to the voting booth and vote their values."

Comey described his conversation with Mr. Trump at Trump Tower regarding the allegations in the unverified dossier authored by former British spy Christopher Steele. He recalled Mr. Trump asking him to look into claims that a so-called "pee tape" existed from 2013 showing Mr. Trump and prostitutes engaging in the alleged sexual act.

"I honestly never thought these words would come out of my mouth, but I don't know whether the current president of the United States was with prostitutes peeing on each other in Moscow in 2013," Comey said. "It's possible, but I don't know."

The president fired Comey as head of the FBI on May 9, 2017, which ultimately led to the appointment of Robert Mueller to direct a special counsel inquiry into Russian meddling in the 2016 U.S. presidential election and potential collusion between the Trump campaign and the Kremlin.

In the upcoming book, which will be published Tuesday, Comey characterizes Mr. Trump's leadership as "ego driven and about personal loyalty." He criticizes Mr. Trump as "unethical, and untethered to truth" and compares him to a mob boss. CBS News has seen an early copy of the book.

Comey also revealed his assumption that Hillary Clinton was going to win the election. This assumption, Comey says, influenced his decision to send a letter to Congress in October, just before the election, in which he revealed that new emails had surfaced that "appear to be pertinent" to the FBI's closed investigation of Clinton's use of a private email server.

"I don't remember consciously thinking about that, but it must have been," Comey told Stephanopoulos. "Because I was operating in a world where Hillary Clinton was going to beat Donald Trump. And so I'm sure that it was a factor. Like I said, I don't remember spelling it out, but it had to have been, that she's going to be elected president and if I hide this from the American people, she'll be illegitimate the moment she's elected, the moment this comes out."

Despite this, Comey told Stephanopoulos that he does not regret sending the letter.

Just ahead of Comey's interview, Mr. Trump fired off a series of tweets Sunday morning labeling Comey a "slimeball" and "WORST FBI Director in history, by far," while the president also said he "hardly even knew this guy." The rant was five tweets and spanned about an hour and a half: