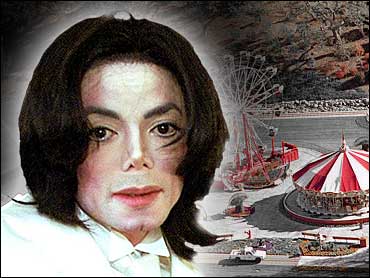 The prosecution in Michael Jackson's child molestation case appears to be shifting gears, to a case of conspiracy and cover-up.

Despite public assumptions about what is alleged to have happened between Jackson and the 12-year-old boy authorities say he molested, Deputy District Attorney Gordon Auchincloss outlined at Tuesday's pretrial hearing a bizarre tale of the boy's family's alleged imprisonment at the entertainer's Neverland Ranch.

Auchincloss contended that Jackson essentially brought the charges against himself after a television documentary in which he justified his habit of sharing his bedroom with young boys, reports CBS News Correspondent Jerry Bowen.

Prosecutors now say it was only after the documentary that Jackson allegedly seduced his young accuser with alcohol, and later conspired with others to get the boy, known as "John Doe," to deny the performer had abused him.

"That's a very interesting nuance to the case," said CBS News Early Show Legal Analyst Trent Copeland. "I think that a lot like in the Martha Stewart case, the conspiracy, the cover-up of the charges are just as significant as the charges themselves."

Part of the alleged conspiracy involved Jackson flying the boy's mother to luxury resorts in Florida while the boy was held at Neverland ranch, a place prosecutors say was built to abduct and abuse children.

"At Neverland," said the prosecutor, "there are no late nights, no rules. Ultimately it gets John Doe to sleep in the bed of Michael Jackson."

"They're calling it a conspiracy case on Michael Jackson's part," said Copeland.

The case, meanwhile, is proving so complicated that Santa Barbara County Superior Court Judge Rodney Melville agreed to a defense request to delay the start of Jackson's trial 4½ months, to Jan. 31, 2005.

Jackson, who did not attend Tuesday's hearing, is charged with committing a lewd act upon a child, administering an intoxicating agent and conspiring to commit child abduction, false imprisonment and extortion. He is free on $3 million bail.

The 12-year-old is seen holding hands with the entertainer in the British TV documentary, in which Jackson defends his practice of having boys sleep with him, calling it "sweet" and non-sexual.

But after "Living With Michael Jackson" aired, Auchincloss said Jackson panicked and launched into a bizarre attempt at crisis management.

"The fact that Mr. Jackson rationalized this behavior on national television was his downfall," Auchincloss said during the hearing on a defense motion to dismiss the case. "It represented the complete and utter ruin of his empire. ... It made him an international object of loathing and scorn."

The prosecutor then said Jackson gave the boy and his family luxurious gifts, flew them to exotic vacations where they met celebrities and took them to his Neverland ranch to make a "rebuttal video" in which they would say that nothing sexual happened between the boy and Jackson. But according to their timeline, nothing did happen until much later.

"The person Jackson perceived could put out this (public relations) fire was John Doe and his family," the prosecutor said, referring to the alleged victim. "If he could get them on tape describing Mr. Jackson as a wonderful person, it would quell this fire."

Defense attorney Thomas Mesereau Jr. ridiculed the assumption that the trips constituted false imprisonment, saying, "The idea that they were imprisoned and forced to fly on private jets to Florida, to socialize with celebrities such as Chris Tucker, is absurd on its face. It would be laughed out of court by a jury."

Auchincloss also suggested that two still-secret sections of Jackson's indictment "show the seduction of John Doe." But he did not reveal any details of molestation and the judge refused to release the documents that might explain more.

One trial observer, defense attorney Steve Cron, said of the story so far: "It would seem sort of weird that he would get this kid on tape saying he had not done anything and then he would go out and do it."

Cron suggested that Jackson's defense team may be pleased that the prosecution showed its hand in public.

"I would be thinking, 'If this is all they have, I want people to hear it. This is not the scandalous stuff that won't get into court.'"

Loyola University law professor Laurie Levenson said, "This either portrays a faulty prosecution theory or a bold and reckless act by Jackson. ... There may be a fine line between whether he was committing a criminal act or showing the family a good time."

Levenson also noted that the judge may have created "false assumptions" by keeping all details of the case secret. The judge continued that pattern, turning down about a dozen more motions by a coalition of news media organizations to open the records.

The case's next hearing begins Aug. 16 when the chief prosecutor, District Attorney Tom Sneddon, is due to testify about his own role in conducting surveillance in the case.