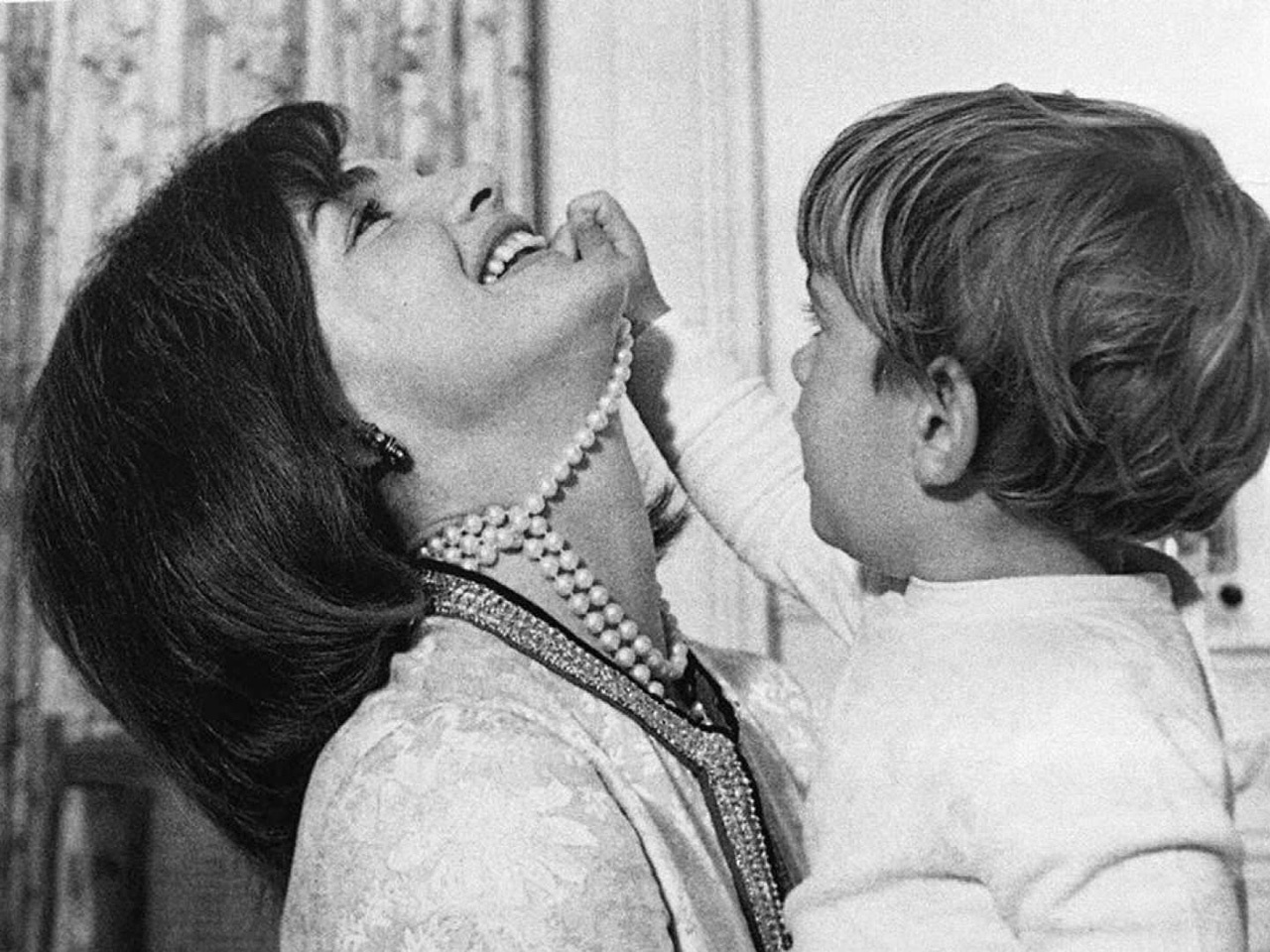 (CBS News) Jacqueline Kennedy was a symbol of courage during the days of mourning that followed the assassination -- not the first time she set just the right example during her time as first lady. Susan Spencer of "48 Hours" reports:

Inauguration Day 1961. Vice President Johnson's 16-year-old daughter was mesmerized -- not by her father taking his oath, but by the new first lady.

"We all wonder, what did she look like when she woke up in the morning?" said Lynda Johnson Robb. "Did she have a bad hair day like the rest of us, 'cause we always saw her looking beautiful."

More important, says Lynda Byrd Johnson Robb, behind the scenes she was also kind, becoming a friend to an awkward teenager.

"Mrs. Kennedy was, I think, looking at me and thinking, my children are going to grow up in this environment," she told Spencer. "Here is somebody who has been doing it since she was born, and somehow has survived."

Jacqueline Kennedy was, says University of Virginia historian and Kennedy biographer Barbara Perry, as stark a contrast to Mamie Eisenhower as one could imagine: "She was only 31 when she and President Kennedy came into office. She had these two beguiling children; Caroline was only three when they came into the White House. John Jr. had just been born.

"She was the third youngest first lady ever to appear at the White House. She was so stunningly beautiful and had such amazing clothing. The way she spoke was different, in her breathy voice. Everything about her seemed different."

The first time many Americans heard that distinctive voice was during her 1962 tour of the White House, showcasing its restoration. Fifty-six million people watched.

Jackie Kennedy may not have considered her role political, but she was a huge political asset -- at home and overseas. The crowds would yell "Where's Jackie?" if she wasn't on the stage.

Her husband famously joked about it, referring to himself as "the man who accompanied Jacqueline Kennedy to Paris."

Perry said Mrs. Kennedy would often be at a formal gathering in a strapless gown: "Bare shoulders, very unusual for a first lady. And she would tuck a bare shoulder up under the arm of an important man and then whisper in their ear.

"And men would just fall at her feet."

"I thought of her as just larger-than-life," said Lynda Johnson Robb. "People still think of her that way today."

"Why do you think that is?" asked Spencer. "It's been 50 years; she was first lady less than three years."

"Well, I think it's because she was young," said Robb, "and she never aged."

Because time froze in Dallas. The image of her bloodstained suit symbolized a different side to Jackie Kennedy.

"Somehow she put steel in our backbones," said Robb. "We [couldn't] go to pieces because she didn't. She was holding up the entire country and the world, because the world was grieving her husband," said Perry.

That point was emphasized by President Johnson in a phone conversation with Mrs. Kennedy just 10 days after the assassination:

Jackie Kennedy: "Mr. President?"
Lyndon B. Johnson: "I just wanted you to know you are loved. And by so many. And so much. And - "
Kennedy: "Oh, Mr. President."
Johnson: "I'm one of 'em. You females got a lot of courage that we men don't have. And so we have to rely on you and depend on you. You got the president relyin' on you and this is not the first one you have. So, so there not many women, you know, runnin' around with a good many presidents. So you just -- (laughter) you just bear that in mind. You got the biggest job of your life."
Kennedy: "She ran around with two presidents. That's what they'll say about me. (laughter) Okay, anytime."

"So there's Mrs. Kennedy in her breathy, flirty voice with Lyndon Johnson and his Texas drawl, flirty accent," said Perry. "It's very flirtatious, but that was the nature of those two people, and part of their power in politics."

Lisa Kathleen Graddy, Deputy Chair of the Division of Political History at the National Museum of American History, says, "There's an elusive charm to Jacqueline Kennedy, and I think that's one of the reasons that we're so fascinated."

Graddy curates the museum's "First Ladies" exhibit, where the costume pearls John Jr. once played with still are a huge draw.

"Get out, they're fake!" Spencer laughed.

"They're fake, and they probably cost about $300 to buy new," said Graddy.

And in the vaults, more Kennedy memorabilia, including the 1963 Christmas card, selected by Jackie Kennedy -- and never sent.

But no single instant could erase that enduring mystique . . .