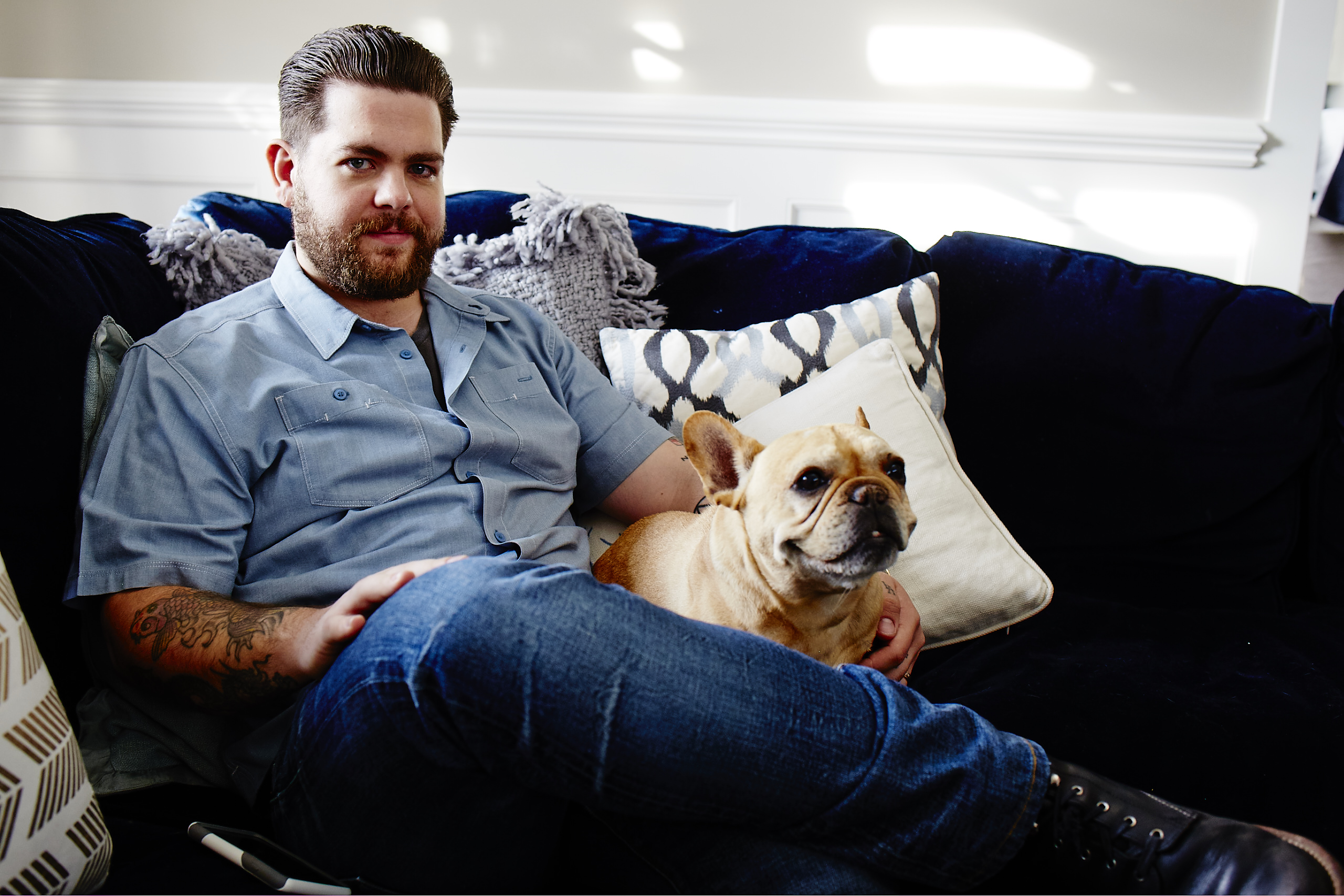 The youngest child of Ozzy Osbourne is all grown up, and he's a man on a mission.

Producer/director Jack Osbourne learned in 2012 that he had multiple sclerosis, and soon after, the TV personality decided to turn his diagnosis into an informational campaign for other MS patients and their families. Its name? "You Don't Know Jack About MS."

The former "Osbournes" star admits that he certainly didn't know "jack" about the disease when he was first diagnosed, and now he wants to make it easier for patients to learn about MS through a fun, personal video series and website. Osbourne talked to CBS News about his campaign.

You found out you had multiple sclerosis three years ago, right after your daughter was born. What was going through your head when you found out?

It was three weeks after she was born. I wasn't exactly thrilled, to say the least. I didn't really know what MS was, and that's kind of what prompted the start of the campaign "You Don't Know Jack About MS" from my own experience of getting diagnosed and not finding a website that could answer all of my questions.

Did you feel like something was off before your diagnosis?

What prompted me to go to the doctor was optic neuritis -- inflammation of the optic nerve. I was temporarily blind in one eye and I went to the doctor and they learned about my medical history. Eighteen months prior, my leg went numb and they put the pieces together, doing MRIs and all sorts of tests and determined it was MS.

How worried were you?

I had heard really pretty tragic stories, so I thought, "Oh my number's up. This is it." Once the panic subsided, I reached out to people and got put in contact with some ppl who had been living with MS for a while and started learning about different treatments and learned it's s****y, but it's not the end of the world.

What were you most surprised by when you did learn more about MS?

The most surprising fact was actually how many treatments there were available. I didn't know much about the disease and thought, "Well, that's it," so once I learned about the treatments and learned that actually you can have a pretty normal life by all accounts, I was pleasantly surprised. The negative surprise was there's still a great deal of misinformation about MS.

What is the biggest misconception about MS?

I think it's that probably people assume once you're diagnosed, you're no longer an able-bodied individual. I do everything from extreme physical activities to day-to-day things. There's nothing I can't do, and I think people assume because I have MS I'm no longer capable.

What kind of treatment are you undergoing?

I take a three-times-a-week injectible, which has been working really well for me for the last three years. It's pretty cool.

I tell people is it's an autoimmune disease in which your body attacks nerve endings and strips away myelin -- a fatty tissue that protects nerves -- and it causes inflammation of nerves. And whatever that nerve is controlling will tend to not work so well.

What are some of the day-to-day symptoms for people who are not receiving treatment?

It depends on what kind of MS they have. The nerve damage can be pretty severe, at least long-term problems, so there's literally a dozen areas, which are commonly affected from taste to smell to sight to touch sensitivity to hot and cold to the more extreme of losing mobility.

How did you get involved in this partnership with Teva?

Early on, I got approached by Teva to talk about opportunities to create awareness around MS and we saw it as a unique way to brief people in a different capacity. We started You Don't Know Jack About MS three years ago and we've kind of been adding to it and honing the message of the overall site.

The way I kind of always see it is, the site is a place where someone who's newly diagnosed or a family member can go on that website and I feel like we answer all the immediate questions and humanize it as well. That was something I struggled with when I went online and tried to get information. I was reading stuff written by doctors, not by patients or family members of patients, so it was important to me to humanize the experience.

What is the future of the campaign?

There are breakthroughs happening yearly in the community of MS, so it's great to be able to have a tool to where we can keep information up to date and current, because things that were most groundbreaking five years ago aren't so much today. It's maintaining that and maintaining the currency with things. As we go, we're going to start highlighting other people's experiences and we have done that a bit with our latest videos.

What other projects are you working on?

Were you ever worried this would have a negative impact on your career?

It definitely crossed my mind -- what does this mean for work, I have a family now -- all this stuff I need to handle and take care of and there was a moment of doubt and I thought, you know what? Whatever this is or turns into in the long run, I'm going to have to learn how to deal with it because I can't give up, roll over and die, so it's that thing of trying to keep moving forward.