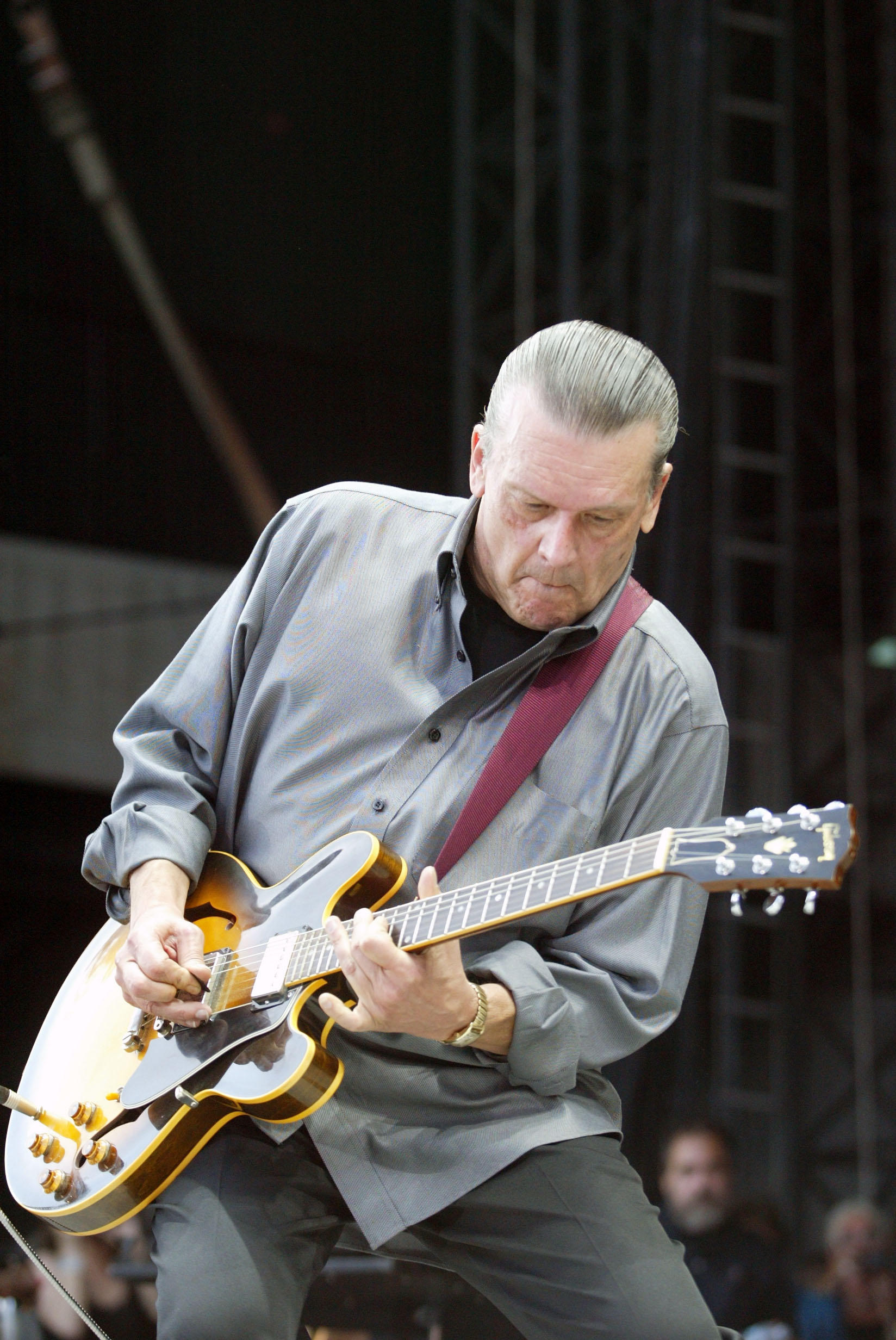 GROTON, Mass. -- Musician J. Geils, founder of The J. Geils Band known for such peppy early 80s pop hits as “Love Stinks,” ‘’Freeze Frame” and “Centerfold,” has died in his Massachusetts home at 71.

Groton police said officers responded to Geils’ home around 4 p.m. Tuesday for a well-being check and found him unresponsive. He was pronounced dead at the scene.

“A preliminary investigation indicates that Geils died of natural causes,” police said in a statement.

The Groton Police Department said it’s investigating the death, as is standard procedure in all unattended deaths. Foul play is not suspected at this time.

The band, whose music blended blues rock, R&B, soul and pop, released 11 studio albums and built a large following due to their energetic live shows as well as their unusual use of the harmonica as a lead instrument. The band broke up in 1985, but reunited off and on over the years.

The group had several Top 40 singles in the early 1970s, including a cover song “Lookin’ for a Love” by the family group The Valentinos and “Give It to Me.”

Their biggest hits included “Must of Got Lost,” which reached No. 12 on Billboard’s Top 100 in 1975 and “Love Stinks,” a humorous rant against unrequited love, the title song of their 1980 album. Their song “Centerfold,” from the album “Freeze Frame” was released in 1981 and eventually charted at No. 1 on the U.S. Billboard Hot 100 in February 1982. It stayed there for six weeks and was featured on MTV.

The band was nominated for the Rock and Roll Hall of Fame for the fourth time last fall but once again was not selected as part of the 2017 class.

“This is our fourth nomination, and going through that process, with its inherent disappointment, you’re not sure you want to take that ride again,” lead vocalist Peter Wolf told Billboard at the time. “It’s great to be recognized, but it’s a drag to be disappointed. I hope that we make it in. That would be great.”

Wolf wrote a short message on Facebook about his former bandmate, “Thinking of all the times we kicked it high and rocked down the house! R.I.P Jay Geils.”

Fans turned to social media to offer up fond memories and condolences.