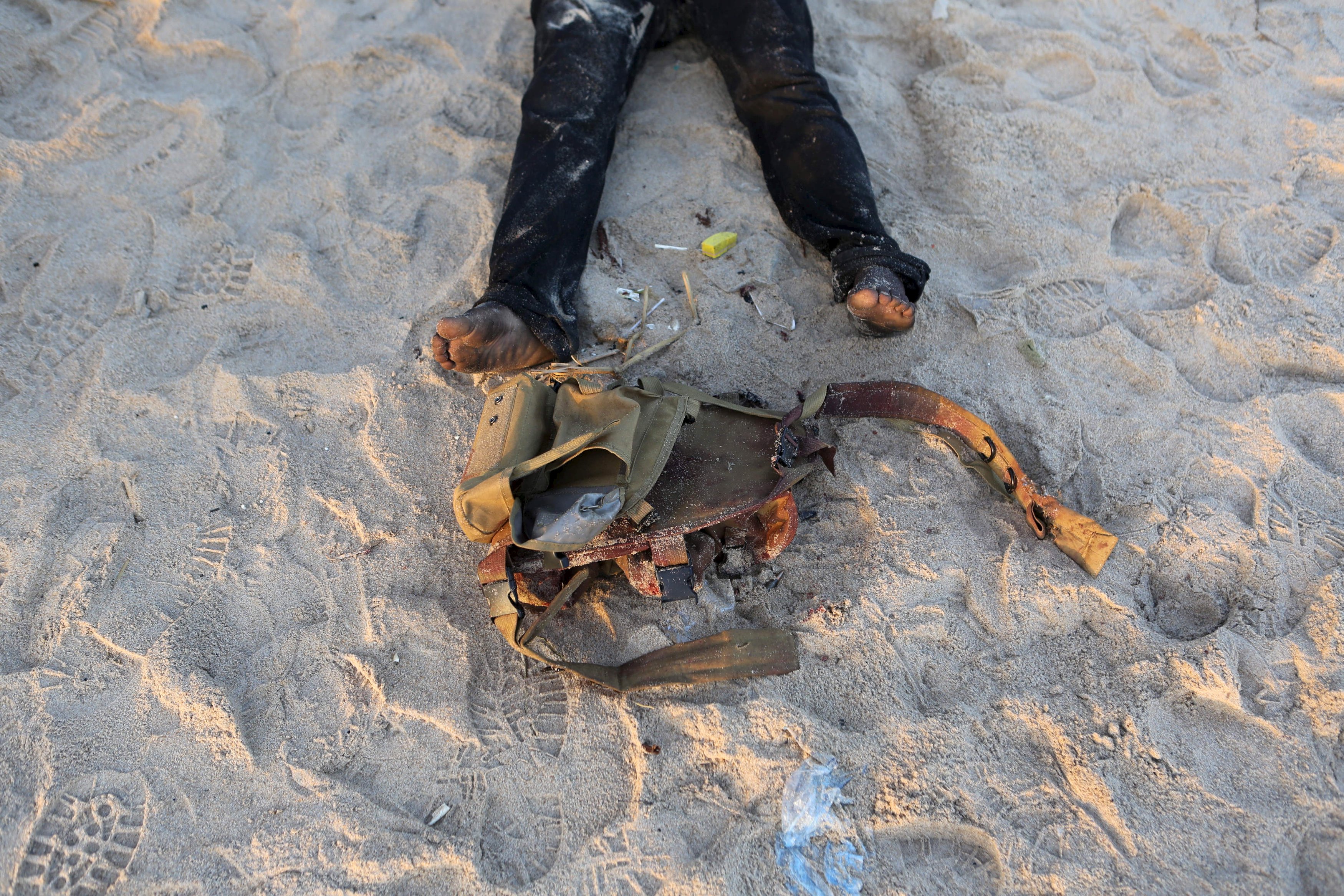 GRAND-BASSAM, Ivory Coast -- Survivors of the first attack by Islamic extremists in Ivory Coast described scenes of confusion and fear as the jihadists gunned down defenseless civilians at a beachfront resort area. The attack left 16 dead.

Those who make a living off tourism believed the attack on Sunday would deal it a huge blow.

"Here, we work every day so foreigners (can) come here to relax ... With all that has happened, I don't think that the clients are going to come back now," said Francois Tanoh, who rents beach chairs to tourists.

Frenchman Charles-Philippe d'Orleans said he was at the beach with a friend when he heard the first shot, and thought it was a firecracker; then he heard another and louder one. A security guard told beachgoers not to worry, that some youths had tried to enter the paid-access beach and that another guard had fired his weapon into the air, d'Orleans told French radio RTL.

But then more shooting broke out and d'Orleans and others hid behind a wall with gunmen "to the right, to the left, toward the road and toward the beach," d'Orleans told the radio interviewer. He said that when the gunfire receded he and his friend sped away in a car.

"Afterward we said 'Wow, we actually escaped something big," he said.

Ivory Coast President Alassane Ouattara is scheduled to preside over an emergency cabinet meeting Monday to respond to the attack by al Qaeda extremists.

The attack on Grand-Bassam was the first of its kind in Ivory Coast. Officials had been bracing for one in the wake of similar assaults by al Qaeda in the Islamic Maghreb in neighboring Burkina Faso and Mali.

Despite heightened security measures in recent months, the extremists attacked civilians at one of the country's top destinations for both Ivorians and foreigners, but security forces apparently responded quickly.

Ivorian newspapers on Monday morning featured graphic photos of dead bodies sprawled on the beach. The headline for one paper, Le Patriote, read: "We are Grand-Bassam!"

"These terrorist attacks can happen anywhere, at any time," Ouattara said Sunday after visiting the Etoile du Sud hotel, one of three hotels where gunmen opened fire. "We have shown that we have the capacity to contain the damage that can result."

The toll could rise, Bakayoko said.

Officials were not ready to provide information on the attackers, though authorities were in possession of mobile phones and other evidence that would allow them "to go to the source" of the attack, Bakayoko said.

He urged Ivorians to remain strong in the face of the extremist threat.

The attack in Grand-Bassam was the third major attack on a tourism center in West Africa since November. Dozens of people were killed in a siege at a Malian hotel in November and an assault on a hotel and cafe in Burkina Faso in January. Analysts had warned for months that Ivory Coast could also be hit by jihadists.

Bakayoko said authorities had taken steps to prepare the country for an attack, crediting their work with reducing Sunday's loss of life.

"There was anticipation. You know that our country has been targeted for a few years. We did whatever we could," Bakayoko said.

He said security forces had responded within 30 minutes and that within two hours the assailants had been killed.

Sites in Grand-Bassam were among more than 100 that had been under heightened surveillance in recent months, Bakayoko said, adding that those measures were going to continue.

"Count on us. We are going to reinforce the surveillance," he said.

Statements condemning Sunday's attack came from countries including the United States and Britain. The Paris prosecutor's office said it had opened an investigation into the attack, calling it murder in connection with a terrorist enterprise. Anti-terrorism investigators will handle the probe because there was a French victim.

Al-Qaeda in the Islamic Maghreb claimed responsibility, according to SITE Intelligence Group which monitors jihadist websites.

Human Rights Watch also issued a statement condemning the "horrific terrorist attack." The group, which has accused Ivory Coast of rights abuses in response to past security challenges, also called for human rights to be respected as the investigation progresses.