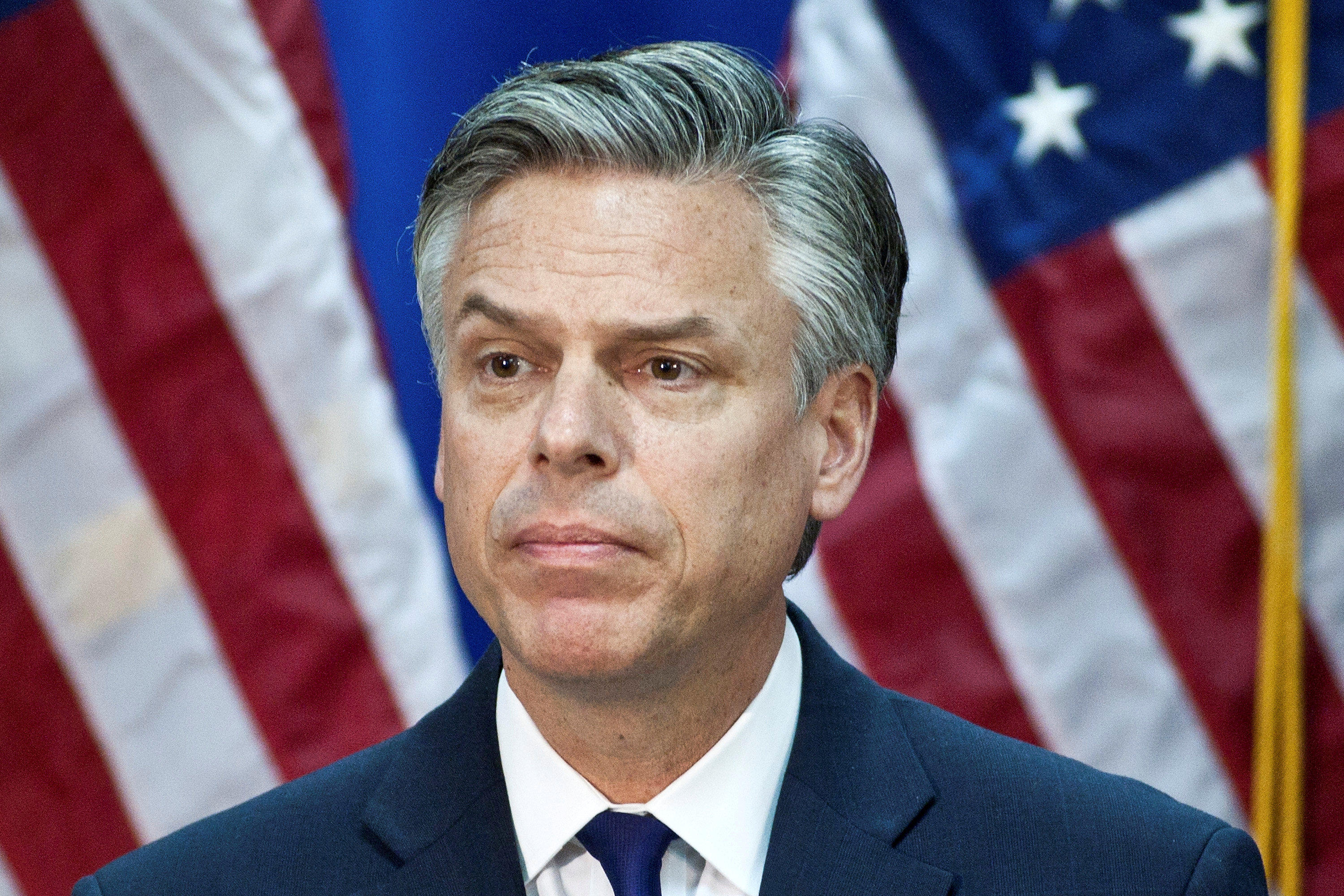 If confirmed, the former 2012 GOP presidential candidate would take over a high-profile post amid ongoing investigations into Russian meddling in the 2016 election and potential contacts between Russian officials and the Trump campaign.

Huntsman has twice served as an ambassador. He was the nation's top diplomat to Singapore under President George H.W. Bush and then served in that role in China under President Obama before returning to the U.S. to run for president.

Huntsman was also briefly under consideration to be Mr. Trump's secretary of state.

The White House made the announcement shortly after it confirmed that Mr. Trump had a previously undisclosed conversation with Russian President Vladimir Putin during a dinner at the G-20 summit in Hamburg, Germany, earlier this month.

Huntsman is the son of a billionaire industrialist whose company, Huntsman International LLC, currently has a handful of businesses in Russia, including plants that make pigments and polyurethanes, the Salt Lake Tribune has reported.

Huntsman Jr. played a role in the family's early business dealings in the country shortly after the fall of the Soviet Union, the paper has said.

The former governor, a Mormon, had an up-and-down relationship with Mr. Trump during last year's campaign. He was slow to endorse any candidate for the Republican nomination, though he did back Mt. Trump once he became the presumptive nominee. But Huntsman then called for Mr. Trump to drop out after the October release of a 2005 video in which Mr. Trump was captured on a hot microphone making lewd comments about women.

Huntsman said then that the "campaign cycle has been nothing but a race to the bottom" and called for Mr. Trump's running mate, then-Indiana Gov. Mike Pence, to top the GOP ticket.

Mr. Trump also went after Huntsman during his tenure as ambassador to Beijing. In a series of tweets in 2011 and 2012, the celebrity businessman called Huntsman a "lightweight" and "weak" and claimed  China "did a major number on us" during his tenure.

In February 2012, Mr. Trump tweeted, "Jon Huntsman call to see me. I said no, he gave away our country to China!"

But Huntsman and Mr. Trump buried their differences during the transition period before Mr. Trump took office.