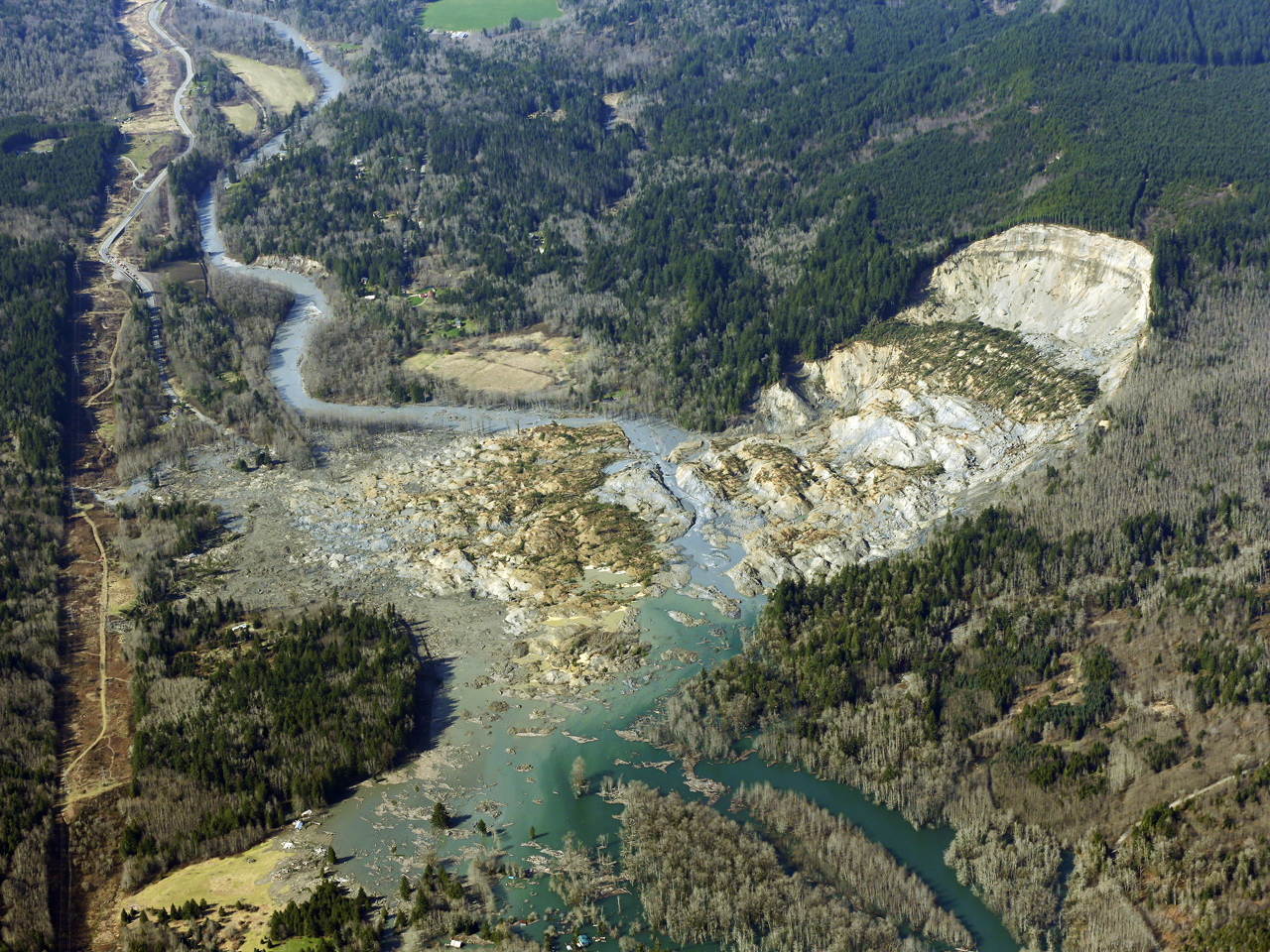 OSO, Wash. - The unofficial death toll hit 24 on Tuesday evening as rescue crews braved horrific conditions to comb the muck and debris left by a massive mudslide that obliterated an entire neighborhood in northwest Washington state.

The official death toll had stood at 14, but two more bodies were recovered Tuesday and searchers believed they bhad found eight more, although they were unable to immediately retrieve them, Hots said. That would bring the known death toll to 24, although authorities fear it will go much higher.

More than 200 responders were combing through the muck and debris, trying to find anyone alive.

He said the operation is still considered a search and rescue mission. But as the days wear on, it appears increasingly unlikely that any more survivors will be found.

The mile-long flow of heavy mud crashed through the neighborhood on Saturday morning, when many people were at home and others, such as construction workers, were driving into the area. Officials are working off a list of 176 people who have not been accounted for, although they stressed that some of the reports may be duplicates.

Authorities said that number will change because the nearby logging town of Darrington's power had been restored and more people have called in.

Searchers have been using helicopters, heavy and light equipment, and even their own hands as they comb through the muck and debris. Both search dogs and cadaver dogs were also on the scene, Hots said.

Crews were braving rain, slippery conditions and quicksand-like mud as they picked their way through rubble from houses and waste from septic systems.

"It's just unimaginable, the conditions out there that they are dealing with," Hots said.

Officials were also working to assist the survivors, finding temporary housing for residents who lost everything in the disaster.

Authorities were also dealing with the grim task of handling the dead. CBS affiliate KIRO-TV reported that 40 more body bags had been delivered to rescue teams and that on Monday night the Snohomish County Department of Emergency Management requested an on-site state mortuary assistance team.

Meanwhile, some have begun to question whether officials and residents should have been aware of the potential danger before the slide hit.

It had been stormy for weeks -- and there was even a very small earthquake nearby on March 10, officials said -- but warm sunshine offered a false sense of peace Saturday morning as weekend visitors settled into their vacation homes and locals slept in.

Then came "a giant slump," said David Montgomery, an earth and space sciences professor at the University of Washington, describing the deep-seated slide resulting from long-term, heavy rainfall.

A scientist who documented the landslide conditions on the hillside that buckled had warned in a 1999 report filed with the U.S. Army Corps of Engineers of "the potential for a large catastrophic failure," The Seattle Times reported late Monday.

That report was written by geomorphologist Daniel J. Miller and his wife, Lynne Rodgers Miller, The Times said. "We've known it would happen at some point," Daniel Miller told the newspaper.

Snohomish County Executive John Lovick and Public Works Director Steve Thomsen said Monday night they were not aware of the 1999 report. "A slide of this magnitude is very difficult to predict," Thomsen told The Times. "There was no indication, no indication at all."

However, John Pennington, director of Snohomish County Emergency Management said Tuesday that officials had released many recent warnings to locals, adding the community had to have been "aware of slide potential."