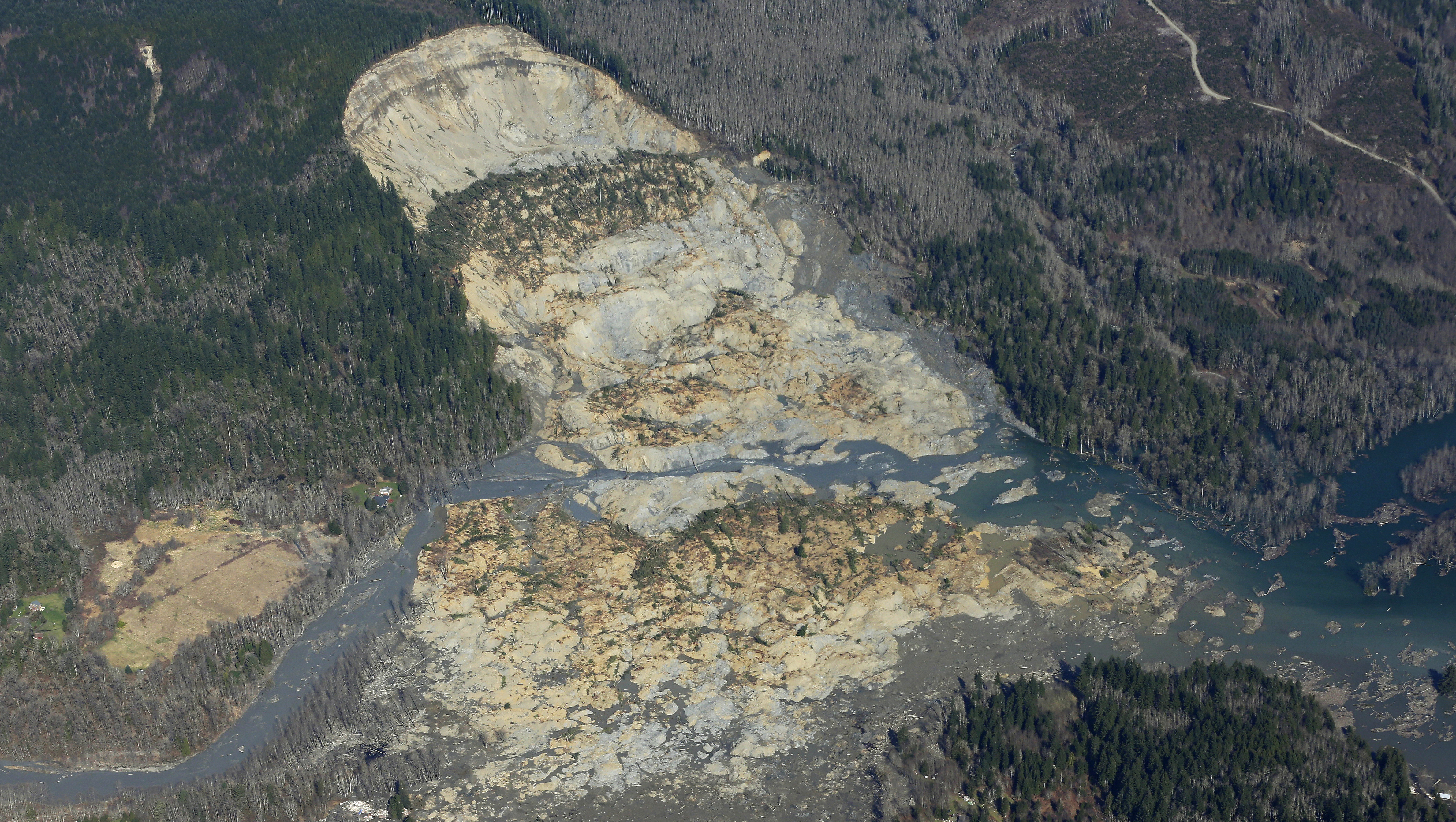 A deadly mudslide in northern Washington may have been predicted, according to a new report.

The Seattle Times says a scientist studied the hillside above Oso, Wash., 15 years ago and warned of "the potential for a large catastrophic failure."

Daniel J. Miller, a geomorphologist, and his wife, Lynne Rodgers Miller, filed the report with the Army Corps of Engineers, the paper reported.

The couple told the Seattle Times on Monday they knew immediately where the land had given way.

"We've known it would happen at some point," Daniel Miller told the paper on Monday. "We just didn't know when."

Fourteen people are now confirmed dead and reports of the missing have jumped to 176 since Saturday's slide.

Miller's view, the Seattle Times points out, is in contrast to an official working the scene of the slide. John Pennington, head of Snohomish County's Department of Emergency Management, said at a news conference Monday that the hill was considered "very safe" and that this was a "completely unforeseen slide."

He added, "This came out of nowhere."

The search will continue Tuesday, but rain forecast for the rest of the week may hamper rescue efforts, Danielle Nottingham reported.

Rescuers are not only searching on foot. They're using helicopters, hovercraft, and specially-trained dogs.

The search-and-rescue operation is especially difficult for Dayn Brunner. He's taking a personal interest in this rescue effort, which he's documenting with his own photos and videos. He says his sister, Summer, was driving though Oso at the time of the mudslide, and is among those missing.

"She was on the road in that little one-and-half-mile section during that time and...it's just so random and so out of the ordinary," he said. "It's like, why?"

While search coordinators acknowledge that prospects are grim, they say this remains a rescue operation. Still, no one has been pulled alive from the debris-flow since Saturday.

Newly-released photos show Saturday's airlift operations by a local search team, including the rescue of a four-year-old boy.

Snohomish County Executive John Lovick said, "This is one of the worst tragedies I have seen in my life. When I think about families telling me that they can't find loved ones, people telling me that their son, their daughter, their mother, their father is missing, it breaks my heart."

One family, Nottingham reported, lost a relative in the slide and another is hospitalized, but as they sifted through the rubble of their destroyed home, a miracle emerged amid the tragedy. Buddy, the family's chocolate Labrador, was shaken, but unharmed.

Federal aid is on its way. President Obama signed a disaster declaration Monday, which authorizes the Federal Emergency Management Agency to coordinate help for the victims of the disaster.