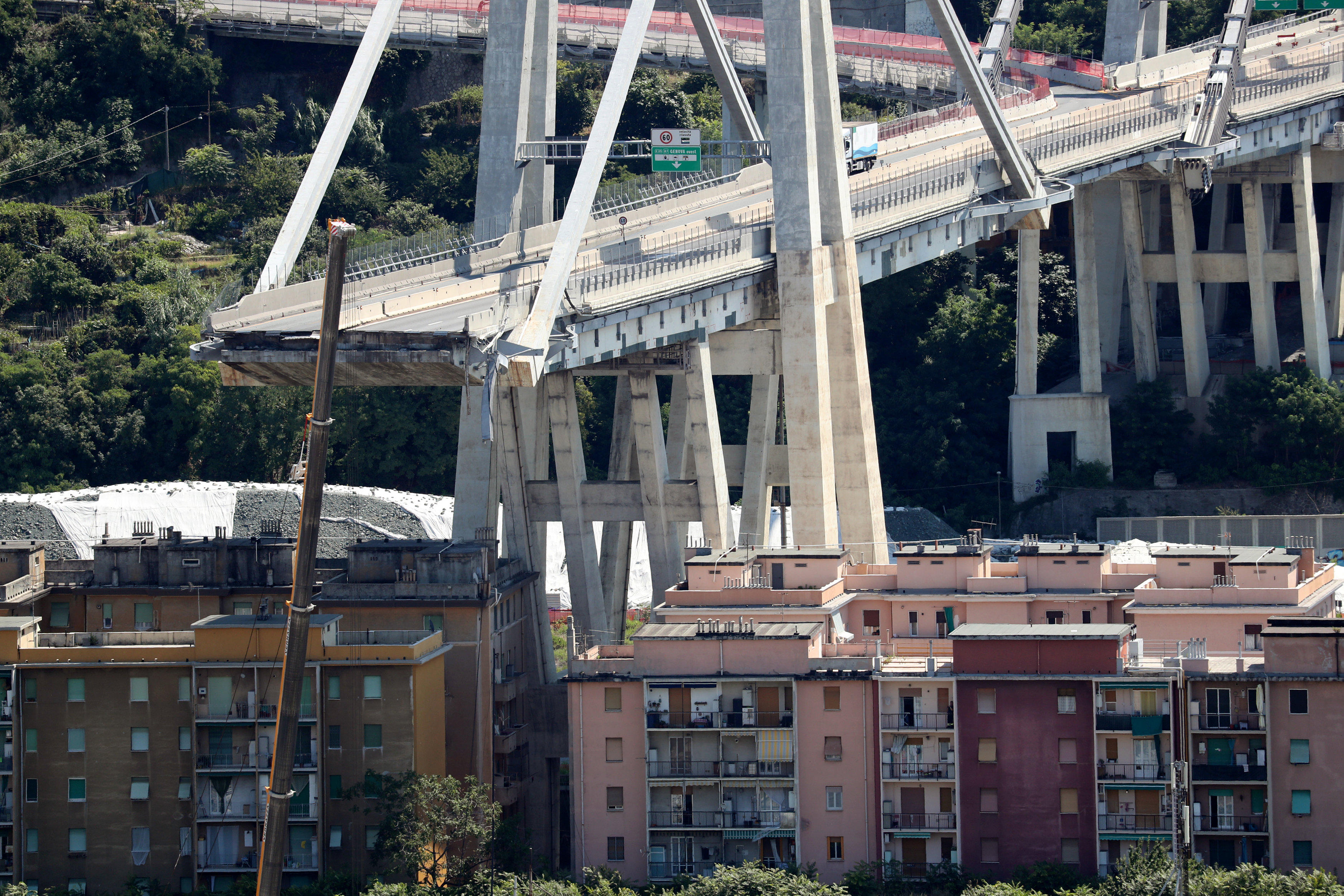 MILAN -- The Atlantia holding company that controls Italy's main highway operator says the concession cannot be revoked without citing specific failures by the company in the deadly bridge collapse in Genoa. Atlantia said before markets opened Thursday that government pledges to revoke Autostrade per l'Italia's concession were made, "without any verification of the material causes of the accident."

Shares in Atlantia were so volatile in opening Milan trading Thursday that they were not able to get a fixed price. The news agency ANSA said the theoretical drop was 21.4 percent, from Tuesday's close of 23.54 euros ($26.66). Under stock market rules, trading was suspended as the shares dropped more than 10 percent in value.

Atlantia said the government would have to pay the value of the concession to revoke it under the terms of the deal.

Premier Giuseppe Conte and key ministers said they are launching the process to revoke the concession, citing inadequate maintenance. Prosecutors are investigating both the maintenance and design of the bridge as a cause of the deadly collapse.

On Thursday, however, Italian Deputy Transport Minister Riccardo Rixi told the Reuters news agency that the government was considering three different options to punish Atlantia; "the full revocation (of the highways concession), the revocation of just the A10 section (which includes the collapsed bridge) or a penalty." He said a penalty of 150 million euro ($170 million), which has been discussed, would be "too low."

While Italy's new populist government continues pointing the finger for the disaster at Atlantia, the grim search for survivors -- and more likely victims -- of the collapse continues in Genoa.

Interior Minister Matteo Salvini said fire crews were still pulling apart the huge slabs of concrete roadway that tumbled hundreds of feet onto a river, railway tracks and buildings, hoping to find survivors. Chief magistrate for Genoa, Francesco Cozzi, told the Reuters news agency on Thursday that an estimated 10-20 people could still be trapped amid the twisted steel and concrete.

He said he hoped the number still buried would be small, adding "miracles are still possible."

At least 38 people were killed in Tuesday's collapse. The government said the death toll was 39 earlier on Thursday but later revised it down by one, adding that 15 people were injured, including nine in critical condition.

Separately, local officials say they are taking data from people whose friends or relatives are missing, but that they do not yet know how many cars exactly were on the bridge when it collapsed and cannot extrapolate how many people might be buried in the rubble.