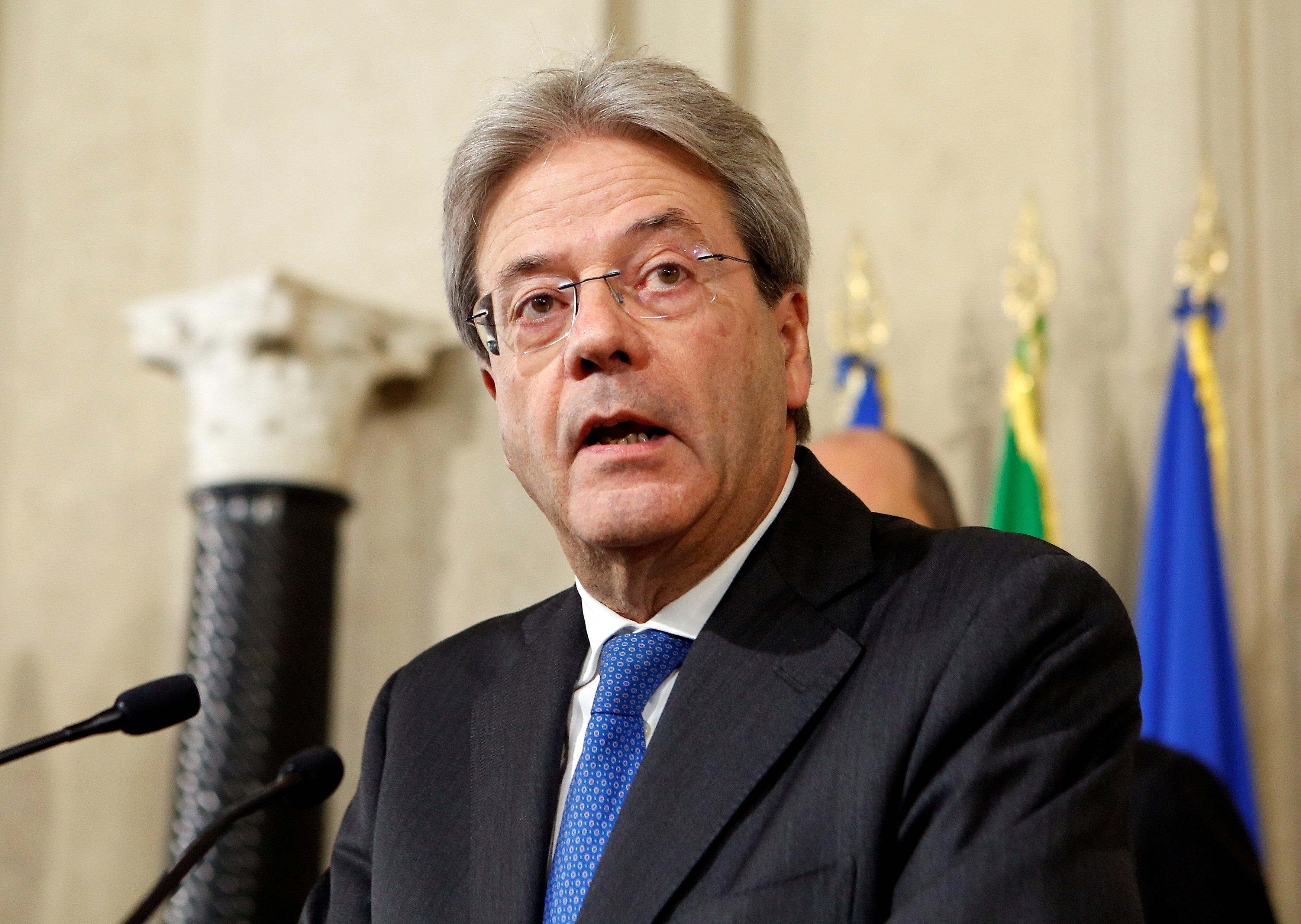 ROME - Italian Foreign Minister Paolo Gentiloni was chosen Sunday to be the country’s next premier and pledged to get straight to work on forming a new coalition with the same Democrat Party-led majority.

“I’m aware of the urgency to give Italy a government in the fullness of its powers, to reassure the citizens and to face with utmost commitment and determination international, economic and social priorities, starting with the reconstruction of the quake-hit areas,” the 62-year-old Gentiloni said.

Fellow Democrat Matteo Renzi has been staying on as premier in a caretaker role since he offered his resignation on Dec. 7 after his nearly three-year-old government suffered a stinging defeat in a referendum on reforms.

The populist 5-Star Movement and other opposition forces have been clamoring for an early election, but Italian President Sergio Mattarella noticed that Renzi’s outgoing government still commands a majority in Parliament.

On Saturday, the day before he gave Gentiloni the mandate at the Quirinal presidential palace, Mattarella said Italy’s next government must deal with several urgent priorities, including bad loans that are burdening several Italian banks, an economy that has resisted growing for years and an ambitious construction program for several towns destroyed by earthquakes.

The president also noted there was wide political consensus for a rapid overhaul of Italy’s electoral law before Italians vote in a new election.

Gentiloni said he’d make the president’s priorities his top concerns too, as he puts together his proposed Cabinet. He told reporters he considered Mattarella’s entrusting him with the task of forming a new government “a high honor, and I’ll try to carry out the task with dignity and responsibility.”

Gentiloni had emerged as a likely pick after the president held three days of consultations with political and parliamentary leaders.

While serving as foreign minister in Renzi’s nearly three-year-old center-left coalition, Gentiloni had lobbied for an international support to help end years of violence and fighting in Libya. The North Africa nation’s lawless coast has turned into a vast launching pad for smugglers, who collect millions in profits as they send hundreds of thousands of migrants out in unseaworthy boats toward Italian shores.

Gentiloni also spearheaded Italy’s demands that the Egyptian government work to learn who tortured and killed a young Italian researcher in Cairo this year.

The 5-Star populists, who back letting Italians decide if they want to stay in the 19-nation shared euro currency, want elections soon, to capitalize on the angry mood of voters who have punished ruling parties in much of Europe.

It is up to the Italian president to decide if or when to dissolve Parliament and call for a new election ahead of a spring 2018 due date.