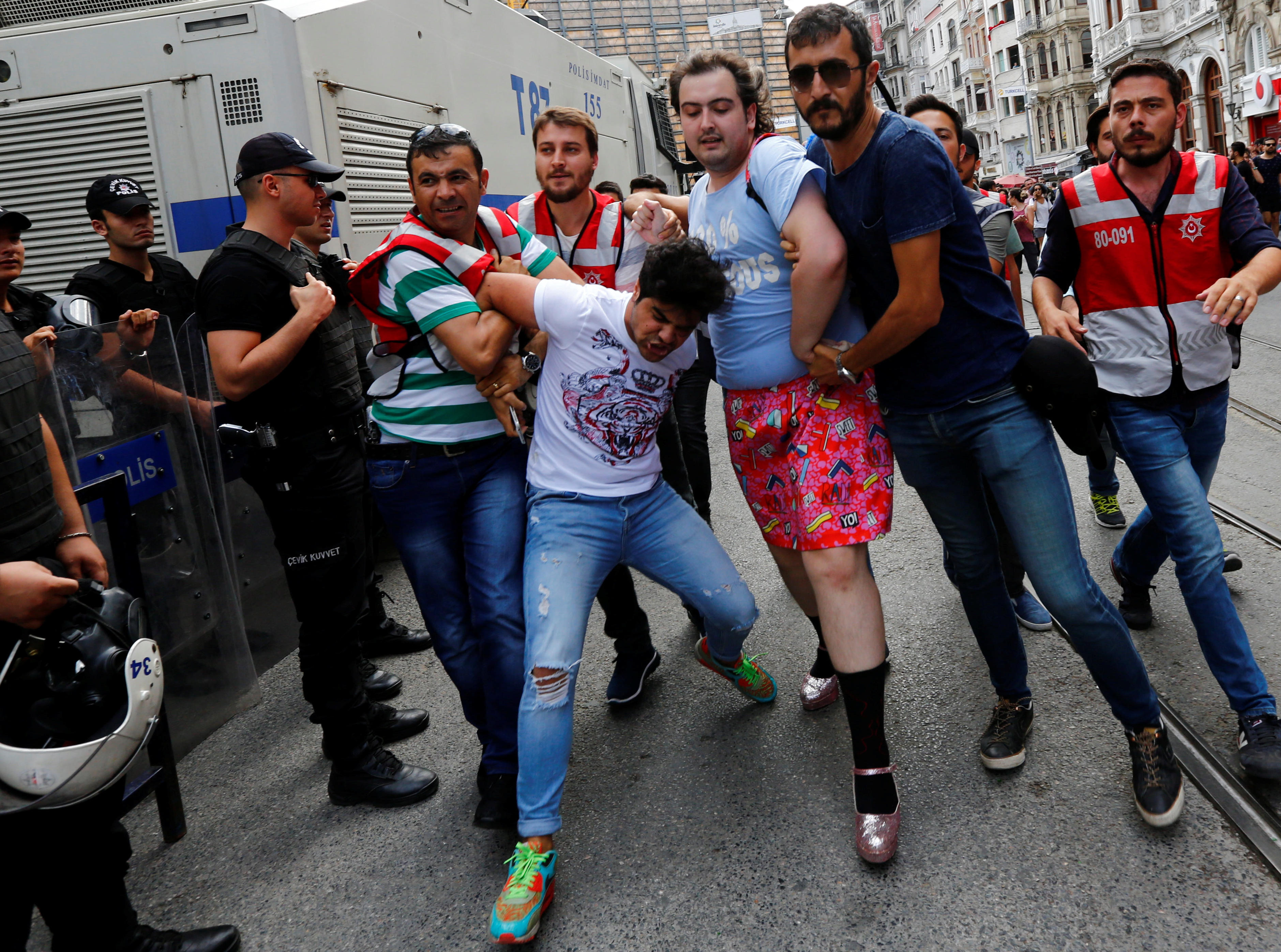 ISTANBUL -- At least 44 people were detained during a march for LGBT rights that the governor of Istanbul had banned, Turkey's state-run news agency reported Monday, while Europe's top human rights organization criticized the country for barring the event for a third year running.

Anadolu Agency said 20 people who "reacted against" the march were among those detained Sunday. Ultranationalist and religious groups had threatened the 15th Istanbul LGBTI+ Pride March in the week leading up to it.

Organizers said 25 people who tried to go on with the banned event were also detained, including two minors and a Danish activist. They were released after questioning.

The governor's office banned Pride for the third year in a row, citing safety and public order grounds. It also listed "serious reactions by different segments of society" as a reason for the ban.

"Although a demonstration may annoy or cause offense to persons opposed to the ideas or claims it seeks to promote, this cannot serve as an admissible ground for prohibiting a peaceful gathering," the Council of Europe's Commissioner for Human Rights, Nils Muiznieks, said in a statement Monday.

The commissioner also said there were "worrying reports of disproportionate use of force" by police against a small number of peaceful demonstrators.

"By banning the event, the Turkish authorities have failed to fulfill their positive obligation to guarantee both public security and the freedom of assembly, to which everyone is entitled, including LGBTI persons and other supporters of their rights," Muiznieks said.