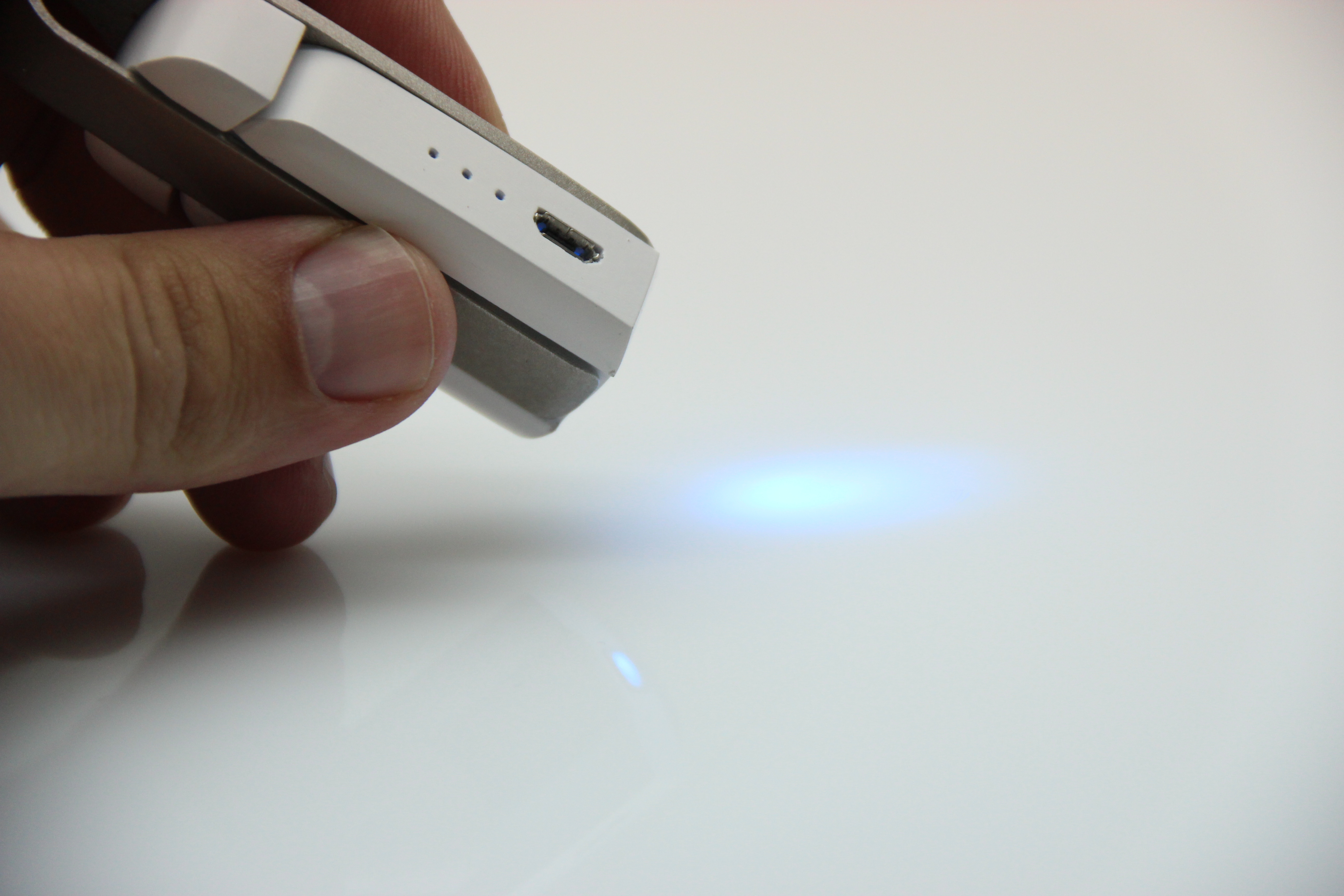 TEL AVIV, Israel An Israeli inventor has created a scanner that he says could change the way we shop and take care of ourselves - by reading the chemical makeup of foods, drugs and other items we use.

The tiny gadget is still limited to a few key applications. But creator Dror Sharon envisions a machine that will compile a massive collection of data that will allow users to analyze the physical matter that exists around them.

"We wanted to find applications where people have the most visceral connection to the world," said Sharon, CEO and co-founder of Consumer Physics.

His gadget, called the SCiO, is an infrared spectrometer the size of a thumb drive. It is being marketed for three applications - food, pharmaceuticals and horticulture, or the health of plants. Simply by pointing and clicking a miniature digital wand, users can see how many calories are in a piece of cheese or determine when a tomato will reach peak ripeness.

Its name evokes the Latin verb "to know."

These features may seem more fun than life-changing at this point. But ultimately, advocates say, the SCiO could have life-saving uses, such as identifying contaminated foods or determining whether a drug is counterfeit.

"Immediately, the major impact will be increasing the awareness of people to the material world around them, which is already an enormous effect," said Sanford Ruhman, a professor of chemistry and expert on spectroscopy at Israel's Hebrew University.

Ruhman, who is not involved with SCiO, said that while the technology has been growing smaller and smaller for decades, the SCiO represents a significant new step. It is believed to be the first device of its kind.

A self-described "skeptic by nature," Ruhman suggested that in the future the ability to detect chemicals could be very beneficial in fields such as health and security. "It is just the beginning of something that can become much larger," he said.

Sharon, an engineer with an MBA from Massachusetts Institute of Technology, describes the gadget as the next generation of "Googling." He finds the current process of searching for information to be cumbersome. The user must think of a concept or question, identify a relevant set of words, type them into a search engine and hope they get some useful results.

With the spectrometer, he said, you can just point the gadget at an item - without even necessarily knowing what it is. The device reads the item's molecular structure, matches the information to an ever-expanding database and then can send additional data to your smartphone.

"I think it will change the world in many ways," said Sharon. He said the device could have potential uses for monitoring car tires, fuel tanks, soil analysis and the human body.

Sharon has raised over $2 million from over 11,000 supporters on the fundraising website Kickstarter. For now, he says the gadget's capabilities are limited by the relatively small size of its database.

But he expects thousands of these investors to have a SCiO in their hands by the end of the year to help build what he calls "the world's largest database of matter," which will be stored online and shared between users.

Additionally, hundreds of these new backers will be enlisted as developers to tweak and experiment with the SCiO's software.

"Obviously it's nice to have $2 million," Sharon said. "But it was more about creating a community and creating engagement rather than actual funding."

He expects the gadget to hit the consumer market "sometime in the next year," at the price of $299.

Yossi Vardi, one of Israel's most successful high-tech investors, said the unorthodox development program is one of SCiO's greatest strengths.

"It's kind of an open innovation community," said Vardi, who said he is not an investor in the company. "And the winners are those who are able to recruit the highest number of developers, because then you have like a huge worldwide brain, which comes with a lot of ideas.