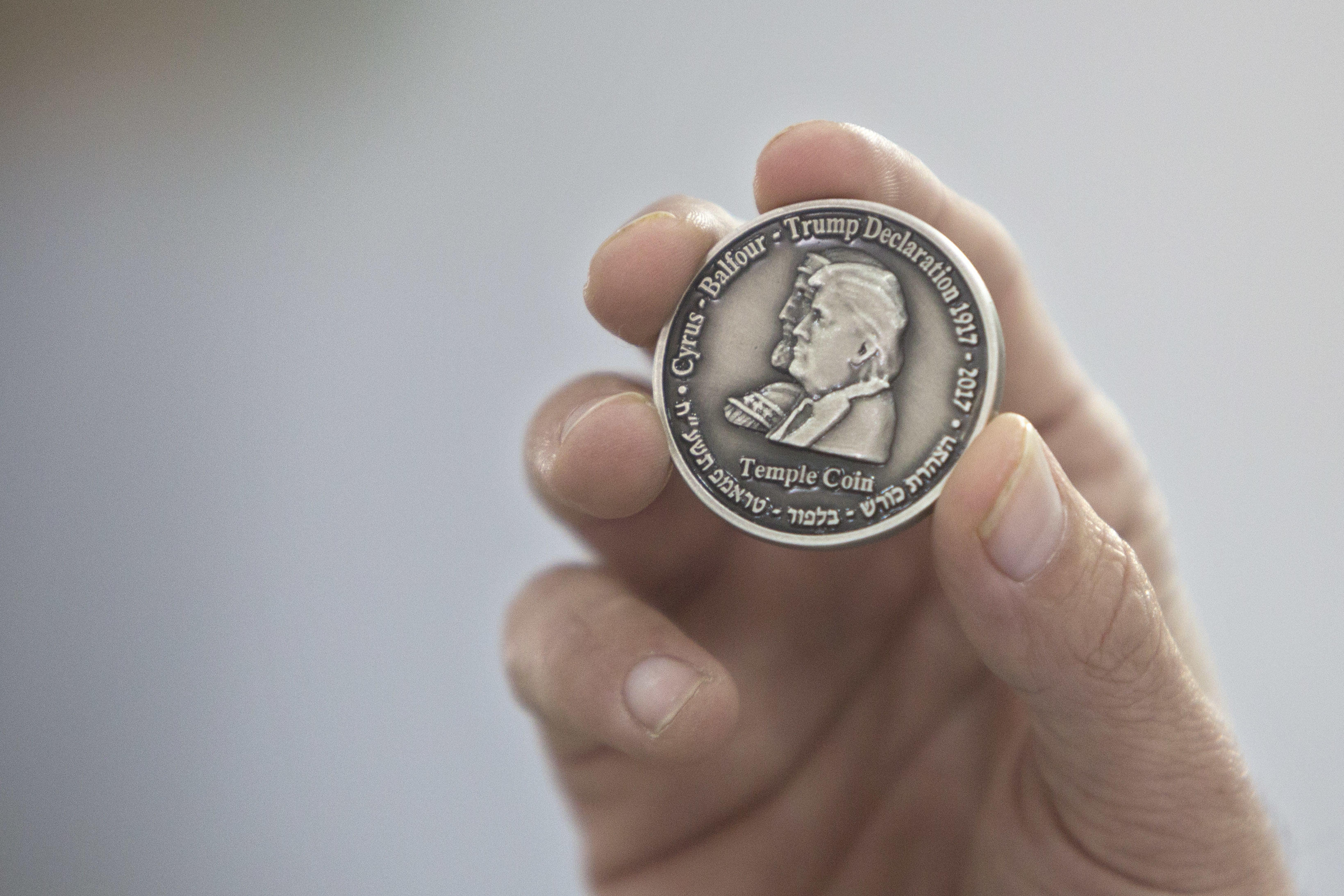 JERUSALEM -- An Israeli organization said Wednesday it has minted a coin bearing President Donald Trump's image to honor his recognition of Jerusalem as Israel's capital. The Mikdash Educational Center said the "Temple Coin" features Trump alongside King Cyrus, who 2,500 years ago allowed Jews to return to Jerusalem from their exile in Babylon.

Rabbi Mordechai Persoff said that Trump, like Cyrus, made a "big declaration that Jerusalem is the capital of the holy people."

His organization minted 1,000 biblical half-shekel coins that can be purchased with a minimum donation of $50. The coin cannot be used as currency.

Mikdash bills itself as a non-profit educational and religious organization. The donations will "help spread the light of Jerusalem and the spirit of the Holy Temple throughout the world," it said.

The Trump coin is likely to rile Iranians, who uniformly respect King Cyrus as an ancient Persian hero.