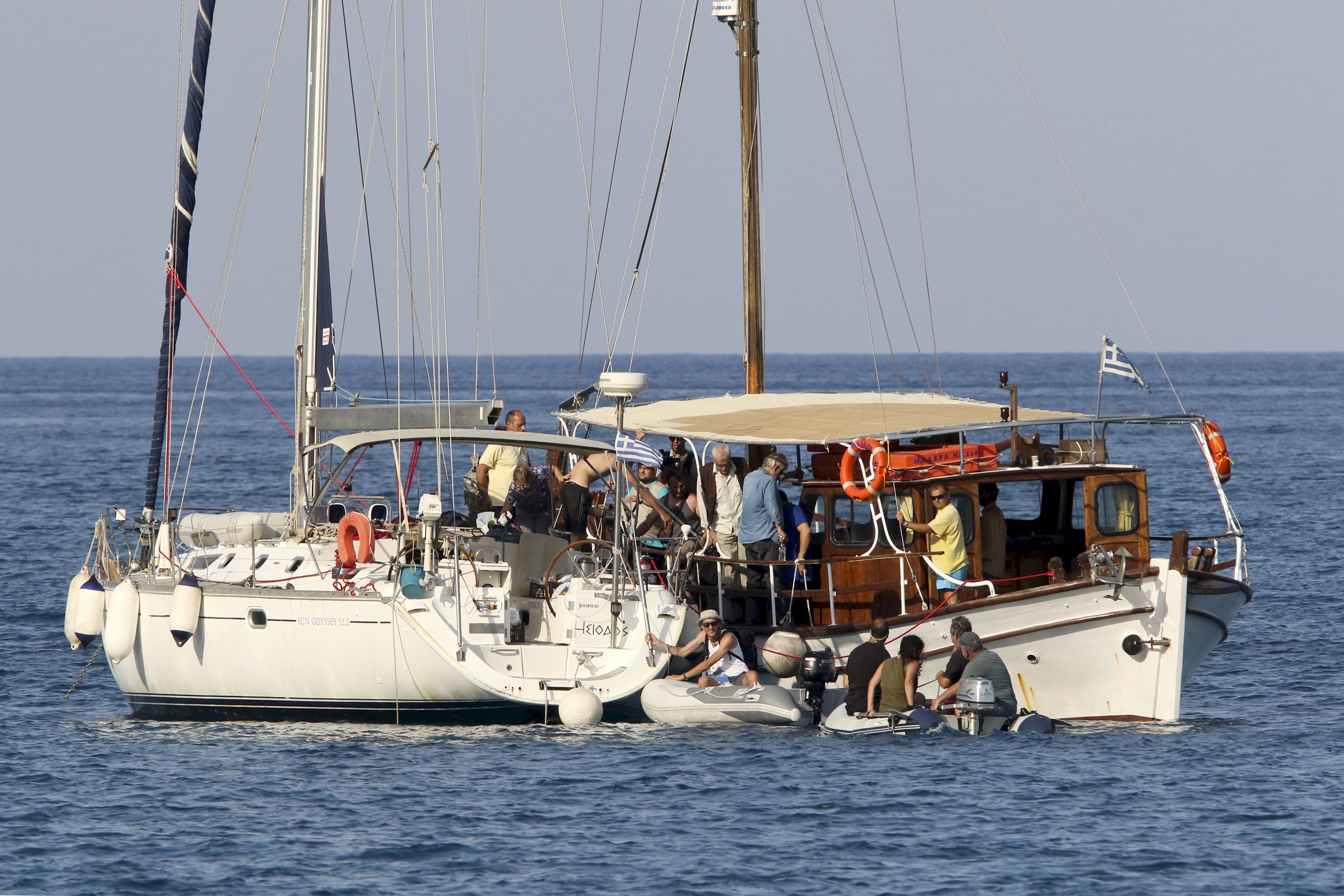 JERUSALEM -- Israel's navy intercepted a Swedish vessel attempting to breach a naval blockade of Gaza early Monday and was redirecting it to an Israeli port, the military and the activists said.

CBS Radio News correspondent Robert Berger reports the Israeli navy says it seized a boat carrying 18 international activists. Commandos boarded the vessel and forced it to sail to an Israeli port. No one was hurt and three other boats in the flotilla turned back.

The military said that after exhausting all diplomatic efforts, the government ordered it to block the vessel. Israeli naval forces searched the boat in international waters without needing to use any force, the military said.

The activists, including Israeli Arab lawmaker Basel Ghattas and former Tunisian President Moncef Marzouki, say they want to highlight the suffering of Palestinians. Israel described it as a provocation.

The Freedom Flotilla group posted a photo on Twitter apparently showing a group of its activists onboard a ship. It said in the post that Israeli forces intercepted the Marianne and it was currently en route to Ashdod port. The ship was expected to arrive in Ashdod in 12 to 24 hours.

Petros Stergiou, a member of flotilla's media team in Athens, said the group would continue its acts of protest until the blockade of Gaza was lifted.

"Once again, the Israeli state commits an act of state piracy in the Mediterranean Sea," he said. "The government continues this policy of non-tolerance, which means that it will continue to enforce the collective punishment against the 1.8 million people in Gaza."

A 2010 Israeli raid against a Gaza-bound flotilla left nine Turkish pro-Palestinian activists dead. It sparked international criticism of Israel and delivered a serious blow to its previously close ties with Turkey.

Israel has maintained a blockade of Gaza since Hamas militants took power in 2007. Islamic militants in the coastal strip have fired thousands of rockets toward Israel and have repeatedly tried to smuggle in arms through the sea.

While Israel insists there is no siege, there are severe restrictions on Palestinian movement and trade, with virtually no exports. The international community, including the United Nations, has repeatedly called for an end to the blockade.

Prime Minister Benjamin Netanyahu said the naval blockade of Gaza is in accordance with international law and has been endorsed by a United Nations committee.

"This flotilla is nothing but a demonstration of hypocrisy and lies that is only assisting the Hamas terrorist organization and ignores all of the horrors in our region," he said. "We are not prepared to accept the entry of war material to the terrorist organizations in Gaza as has been done by sea in the past."

Israel says it transfers about 800 trucks a day into Gaza and recently brought in more than 1.6 million tons of goods. It says it assists in hundreds of humanitarian projects, through international organizations, including the building of clinics and hospitals.