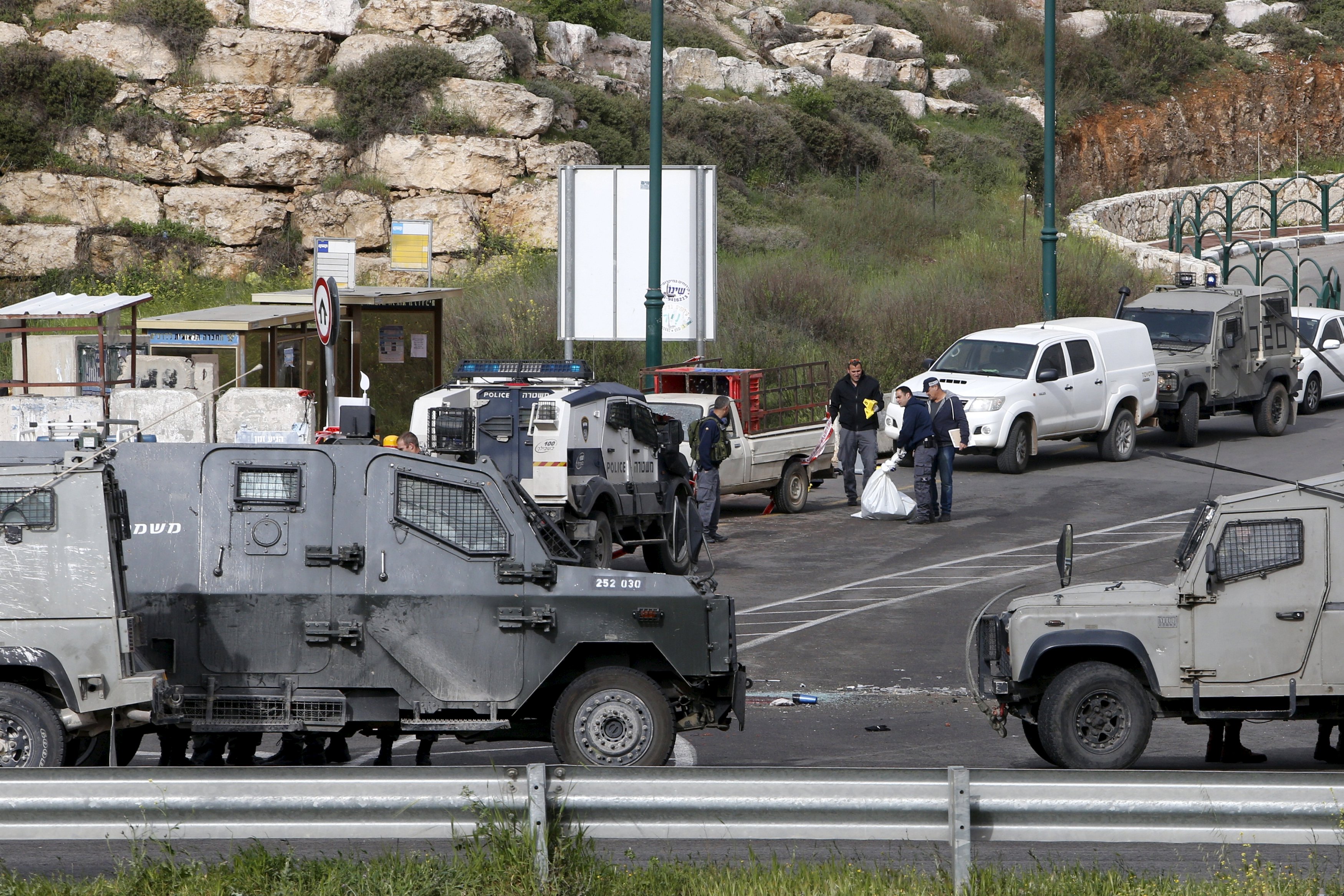 JERUSALEM -- The Israeli military says forces shot and killed three Palestinian attackers who carried out a pair of assaults near a West Bank settlement.

The military says two Palestinians opened fire on pedestrians at a bus stop near the settlement of Kiryat Arba, wounding an Israeli soldier lightly before they were shot dead. Minutes later, a Palestinian drove his car into an army vehicle responding to the previous attack. He wounded three soldiers before he was shot and killed.

The successive attacks Monday were the latest in a six month-long wave of Israeli-Palestinian violence that has shown no signs of abating.

Palestinian attacks have killed 28 Israelis and two Americans. Some 182 Palestinians have been killed by Israeli fire, 135 of them said by Israel to have been attackers.