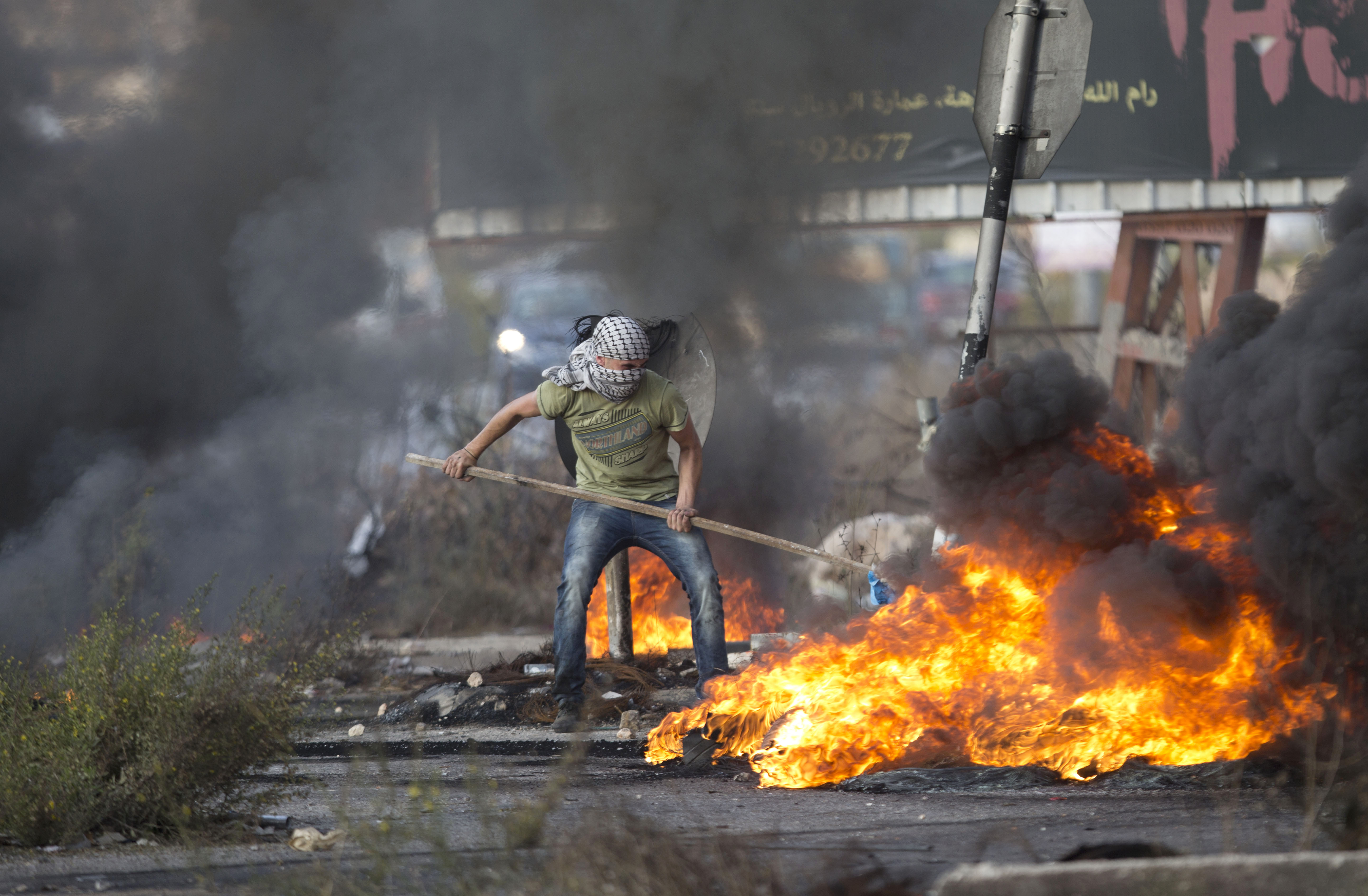 Israel is deploying hundreds of troops Wednesday in its own cities after a new series of deadly assaults from Palestinians, who have been targeting Israeli civilians and soldiers.

Governments on both sides are struggling to defuse the monthlong wave of violence, which has left eight Israelis and almost 30 Palestinians dead.

CCTV captured the moment a Palestinian drove his car into a bus stop on Tuesday, then jumped out and started hacking at the wounded with a cleaver.

Just 20 minutes earlier, also in Jerusalem, two Israelis died and at least 10 were injured when two Palestinian men shot and stabbed passengers on a bus.

The Al Aqsa mosque, one of Islam's holiest sites, is at the center of this wave of violence.

Last month some Israeli politicians said Palestinian access should be restricted, which set off what some Israelis are calling the "third intifada."

In Parliament, Prime Minister Benjamin Netanyahu appealed to Israeli Arabs, urging them not to be misled "to those who want to start a fire in the country."

But it may have already started.

And as Israeli security forces moved to contain the uprising, the situation escalated.

Video of the violence - like one of Israeli soldiers shooting a Palestinian woman holding a knife - is widely shared on social media, fueling anger and paranoia.

And today's deployment of soldiers is likely to inflame the situation.