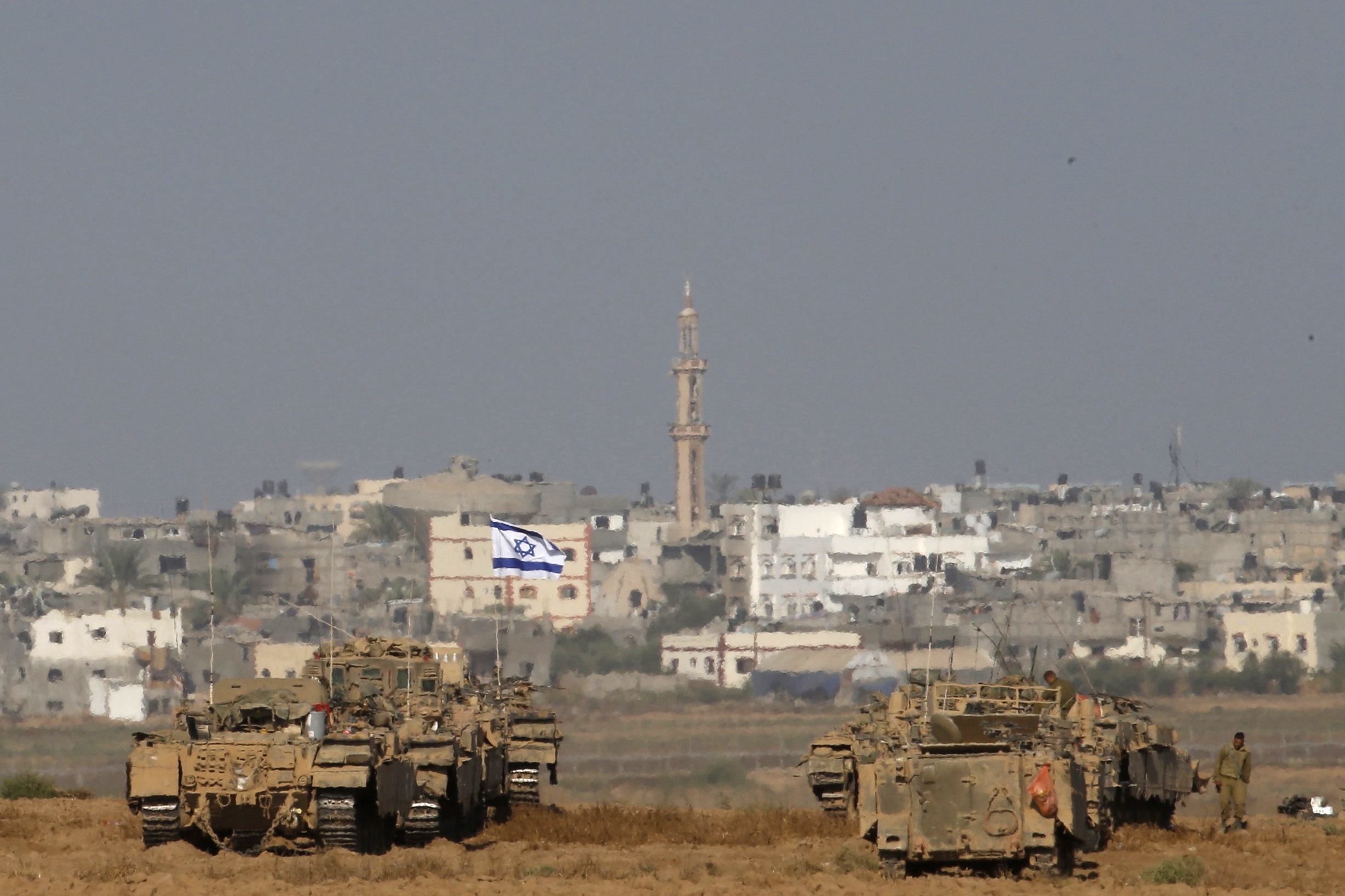 NEW DELHI - Israel and Hamas have agreed to a 72-hour humanitarian cease-fire beginning Friday, during which time there will be negotiations on a more durable truce in the 24-day-old Gaza war, the United States and United Nations announced Thursday.

"This is not a time for congratulations or joy or anything except a serious determination - a focus by everybody to try to figure out the road ahead," U.S. Secretary of State John Kerry said in New Delhi, where he was meeting with Indian officials. "This is a respite. It is a moment of opportunity, not an end."

The announcement came hours after Israeli Prime Minister Benjamin Netanyahu vowed to destroy Hamas' tunnel network "with or without a cease-fire" as the Palestinian death toll soared past 1,400.

Reuters reported Israel has accepted the cease-fire proposal, according to an official in the Israeli prime minister's office. A Hamas spokesperson said his group would abide by the truce as long as Israel does.

Terms of the cease-fire include a halt to rocket fire and a freezing of ground troop positions, according to CBS News correspondent Margaret Brennan. However, tunnel operations are expected to continue.

Israel says most of the 32 tunnels it has uncovered have now been demolished and that getting rid of the remainder will take no more than a few days.

"We have neutralized dozens of terror tunnels and we are committed to complete this mission, with or without a cease-fire," Netanyahu said earlier Thursday in televised remarks. "Therefore, I will not agree to any offer that does not allow the military to complete this important mission for the security of the people of Israel."

Meanwhile, during the cease-fire, Gaza residents will be able to attend to urgent matters they were prohibited from while the attacks were taking place.

"This cease-fire is critical to giving innocent civilians a much-needed reprieve from violence," according to the joint statement. "During this period, civilians in Gaza will receive urgently needed humanitarian relief, and the opportunity to carry out vital functions, including burying the dead, taking care of the injured, and restocking food supplies. Overdue repairs on essential water and energy infrastructure could also continue during this period."

Israeli and Palestinian officials are expected to meet in Cairo at the invitation of the Egyptian government to discuss a more long-term cease-fire.

"Israel has to live without terror and tunnels and rockets and sirens going on through the day," Kerry said. "Palestinians have to be able to live freely and share in the rest of the world and live a life that is different from the one they have long suffered."

The White House issued a statement saying it "strongly" supported the cease-fire.

"We believe the only sustainable way to address Israel's security concerns and enable Palestinians in Gaza to lead normal lives is through a permanent cease-fire agreement."

Meanwhile in Geneva, the U.N. High Commissioner for Human Rights Navi Pillay accused both Israel and Hamas militants of violating the rules of war. She said Hamas is violating international humanitarian law by "locating rockets within schools and hospitals, or even launching these rockets from densely populated areas."

But she added that this did not absolve Israel from disregarding the same law. The Israeli government, she said, has defied international law by attacking civilian areas of Gaza such as schools, hospitals, homes and U.N. facilities. "None of this appears to me to be accidental," Pillay said. "They appear to be defying -- deliberate defiance of -- obligations that international law imposes on Israel."