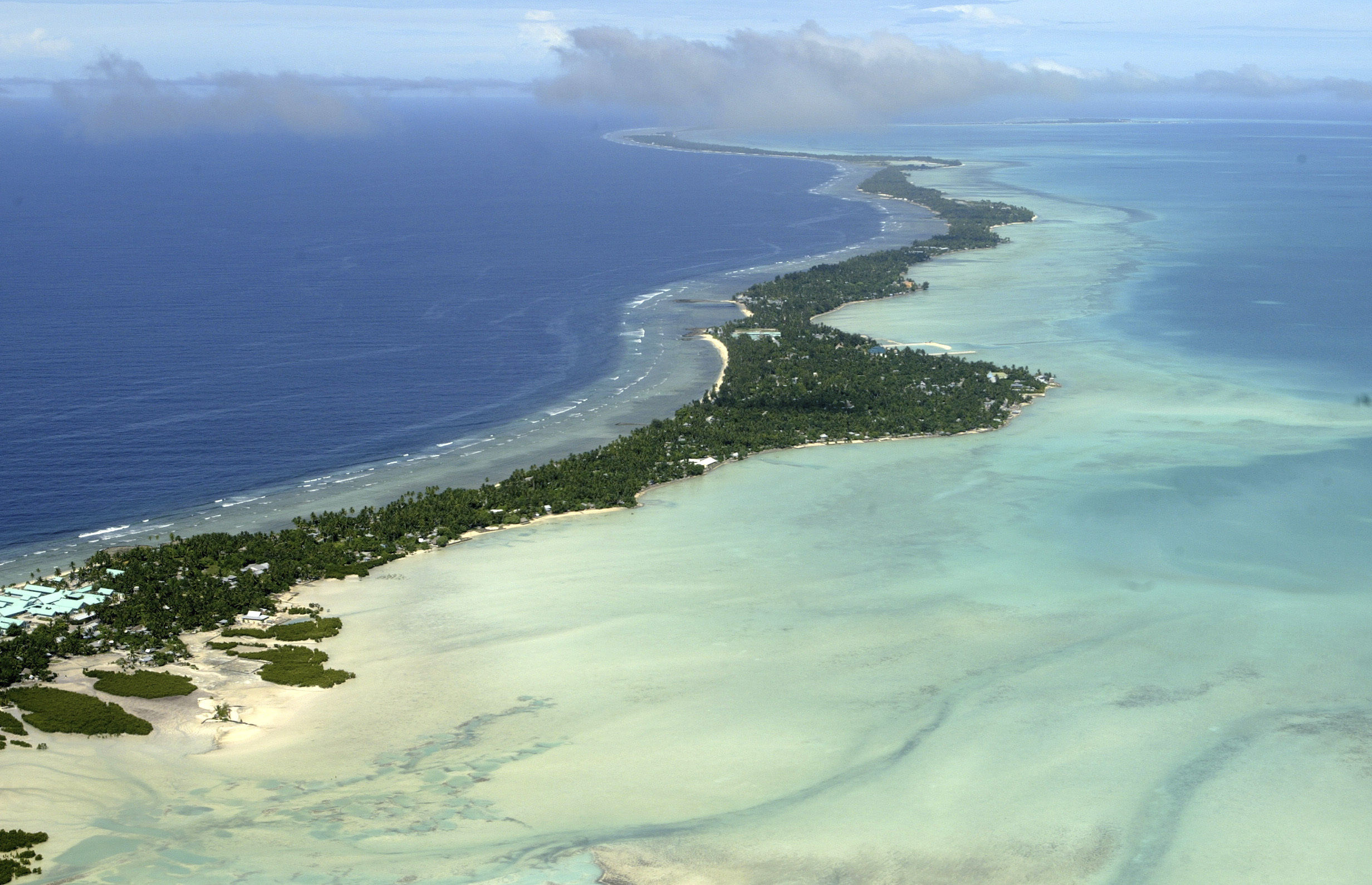 (AP) Fearing that climate change could wipe out their entire Pacific archipelago, the leaders of Kiribati are considering an unusual backup plan: moving the populace to Fiji.

Kiribati President Anote Tong told The Associated Press on Friday that his Cabinet this week endorsed a plan to buy nearly 6,000 acres on Fiji's main island, Viti Levu. He said the fertile land, being sold by a church group for about $9.6 million, could be insurance for Kiribati's entire population of 103,000, though he hopes it will never be necessary for everyone to leave.

"We would hope not to put everyone on one piece of land, but if it became absolutely necessary, yes, we could do it," Tong said. "It wouldn't be for me, personally, but would apply more to a younger generation. For them, moving won't be a matter of choice. It's basically going to be a matter of survival."

Kiribati, which straddles the equator near the international date line, has found itself at the leading edge of the debate on climate change because many of its atolls rise just a few feet above sea level.

Tong said some villages have already moved and there have been increasing instances of sea water contaminating the island's underground fresh water, which remains vital for trees and crops.

He said changing rainfall, tidal and storm patterns pose as least as much threat as ocean levels, which so far have risen only slightly.

Some scientists have estimated the current level of sea rise in the Pacific at about 2 millimeters (0.1 inches) per year. Many scientists expect that rate to accelerate due to climate change.

Fiji, home to about 850,000 people, is about 1,400 miles south of Kiribati. But just what people there think about potentially providing a home for thousands of their neighbors remains unclear.

Tong said he's awaiting full parliamentary approval for the land purchase, which he expects in April, before discussing the plan formally with Fijian officials.

Sharon Smith-Johns, a spokeswoman for the Fijian government, said several agencies are studying Kiribati's plans and the government will release a formal statement next week.

Kiribati, which was known as the Gilbert Islands when it was a British colony, has been an independent nation since 1979.

Tong has been considering other unusual options to combat climate change, including shoring up some Kiribati islands with sea walls and even building a floating island. He said this week that the latter option would likely prove too expensive, but that he hopes reinforcing some islands will ensure that Kiribati continues to exist in some form even in a worst-case scenario.

"We're trying to secure the future of our people," he said. "The international community needs to be addressing this problem more."

Tong said he hopes that the Fiji land will represent just one of several options for relocating people. He pointed out that the land is three times larger than the atoll of Tarawa, currently home to more than half of Kiribati's population.

Although like much of the Pacific, Kiribati is poor - its annual GDP per person is just $1,600 - Tong said the country has plenty of foreign reserves to draw from for the land purchase. The money, he said, comes from phosphate mining on the archipelago in the 1970s.