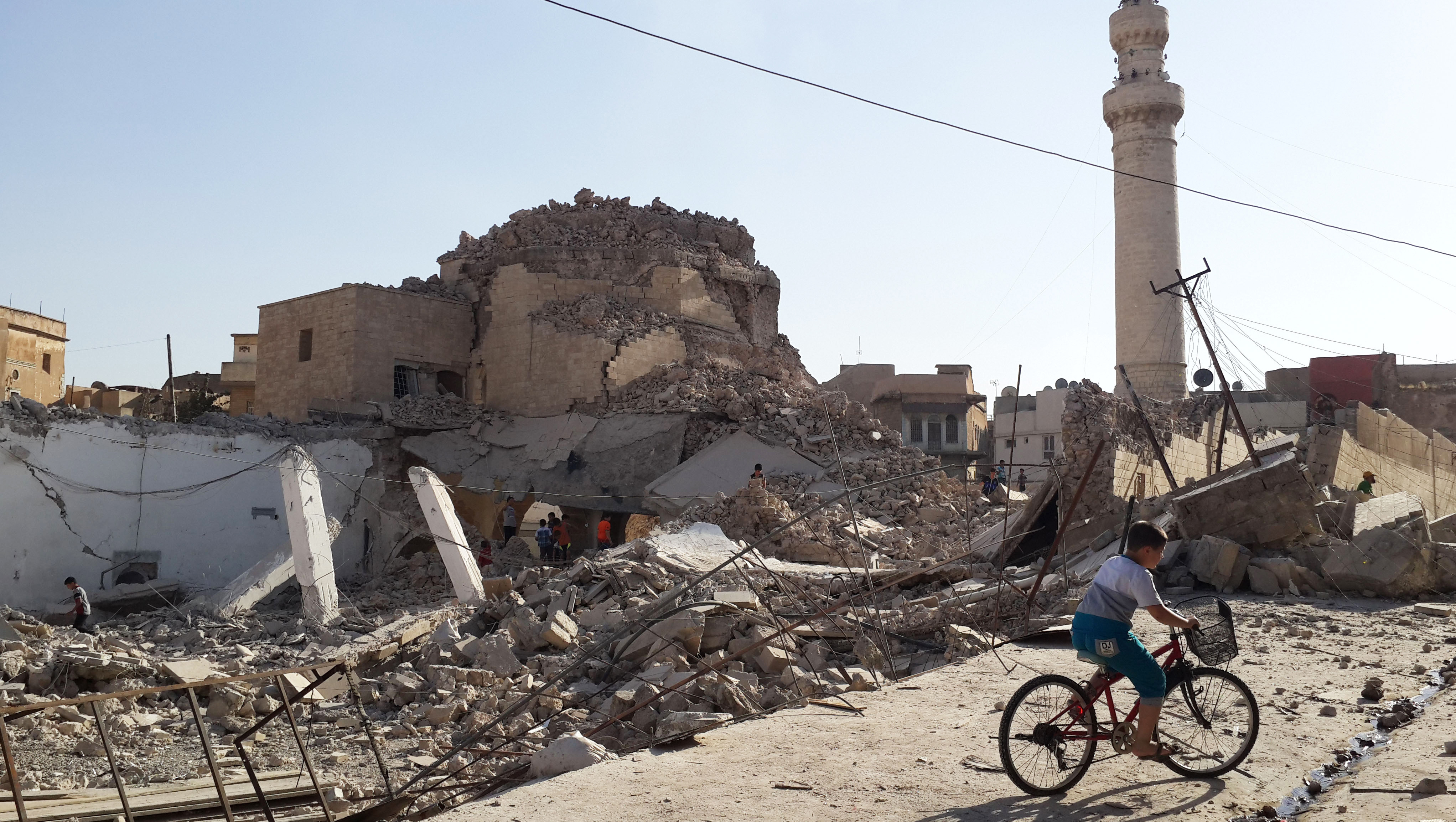 Mosul residents said the Prophet Jirjis Mosque and Shrine was bombed by Islamic State militants late Sunday, the latest casualty in a week that has seen a half dozen of Mosul's most revered holy places destroyed. They spoke anonymously to The Associated Press for fear of reprisal.

The Islamic State group launched an aggressive offensive through western and northern Iraq beginning late last year and took over Mosul in June.