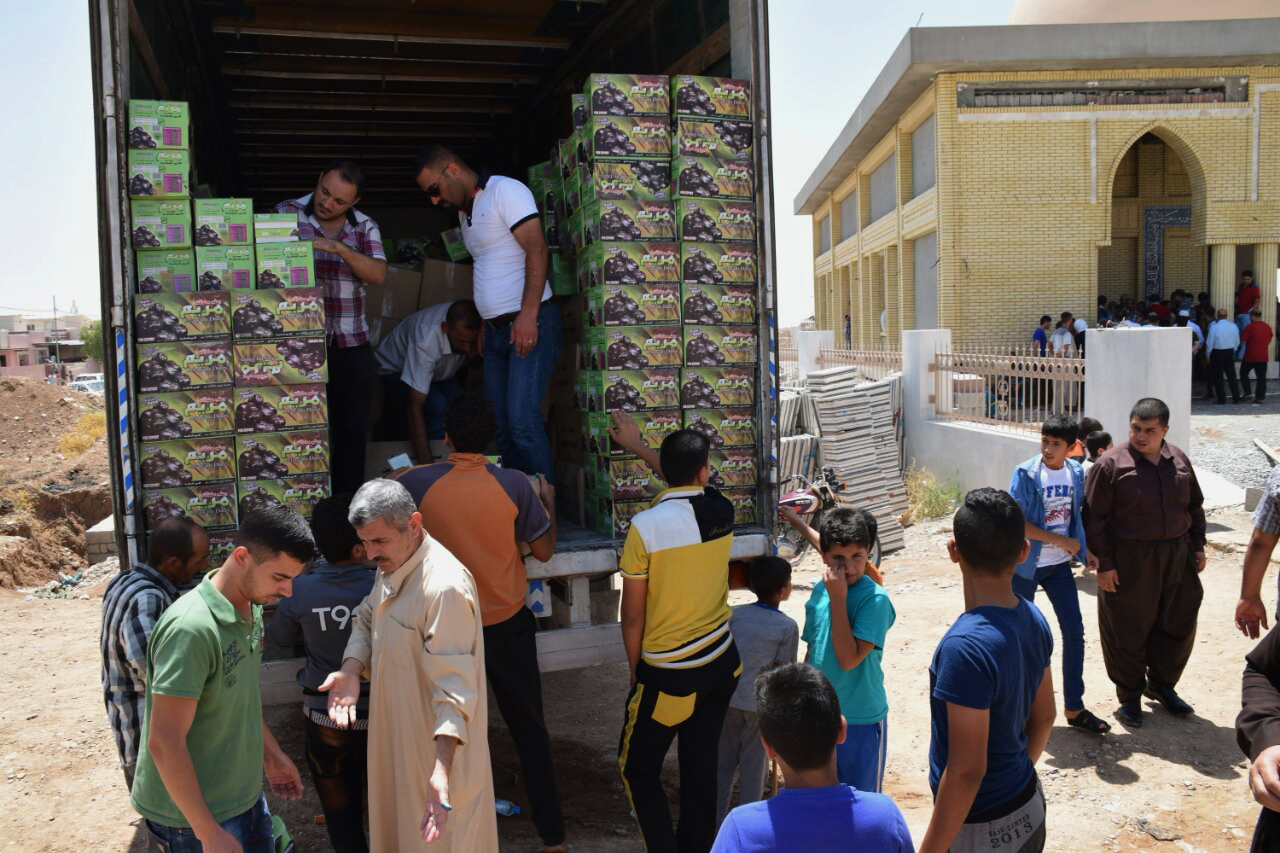 The fresh gains by the Sunni extremist militants have forced thousands of residents to flee from the religiously mixed towns of Zumar and Sinjar, toward the northern self-ruled Kurdish region, the United Nations said. Some of them were trapped in an open rugged area, it added.

Mosul Governor Atheel al-Nujaifi, who fled to the largely autonomous Kurdish region when the Islamic State group and allied Sunni militants seized Iraq's second-largest city of Mosul in June, told The Associated Press that the two towns fell after fierce clashes that erupted the day before.

A resident in Sinjar said the militants blew up a small revered Shiite site and two Yazidi shrines. Yazidis are a Kurdish-speaking sect and religious minority. Another resident in Zumar said they took over at least two small oil fields. Both spoke on condition of anonymity for fear of retribution.

The U.N. mission in Iraq, known as UNAMI, said as many as 200,000 civilians, mostly Yazidis, have fled to a nearby mountain but were surrounded by militants and endangered.

Iraq is facing its worst crisis since the 2011 withdrawal of U.S. troops. The Islamic State, an al-Qaida breakaway group, captured large swaths of land in the country's west and north in a lightning offensive earlier this year.

When it overran the cities of Mosul and Tikrit in June, Iraqi security forces virtually collapsed. In most cases, police and soldiers simply ran, abandoning arsenals of heavy weapons.

The Islamic State group has carved out a self-styled caliphate in a large area straddling the Iraqi-Syrian border.

The fighting in Zumar and Sinjar was widely reported to have spread to the nearby Mosul Dam on Sunday, however Jabar Yawer, the spokesman for the Peshmerga, the Kurdish military in semi-autonomous northern Iraq, said late Sunday that Kurdish forces are still in control of the dam, emphasizing that the Islamic State group has not been successful in an attempted takeover.

In the early days of the Sunni militant offensive, the Kurdish fighters did not fight the group but instead pushed into disputed areas with majority Kurdish population to protect them. But, they found themselves fighting the militants across the northern fronts from time to time.

The U.N. special envoy to Iraq, Nickolay Mladenov, said Kurds and the federal government "should urgently restore their security cooperation in dealing with the crisis."

Al-Moussawi said a number of airstrikes hit the militants in the center of the town, though he did not offer casualty figures. Dozens of militants and nine troops were killed Saturday in clashes in Jurf al-Sakhar, located some 50 kilometers (30 miles) south of the capital.