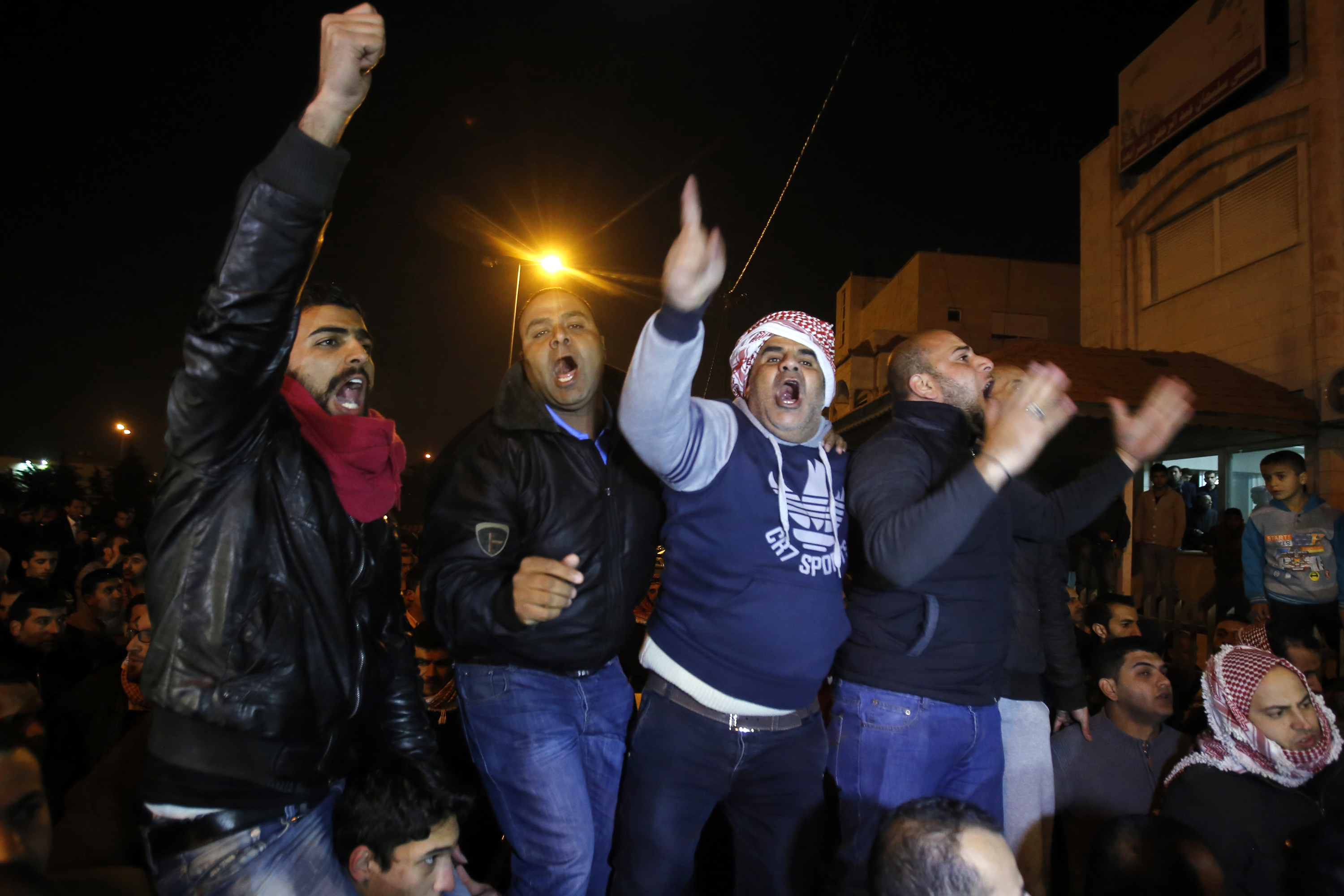 Following the release of a video purportedly showing Jordanian pilot Lt. Muath al-Kasebeh being burned to death by his captors of the Islamic State of Iraq and Syria, or ISIS, Jordanian justice came swiftly. Two prisoners were executed at dawn, and their bodies were driven away a short time later, reports CBS News correspondent Charlie D'Agata.

One of those hanged was Sajida al-Rishawi, the failed Iraqi suicide bomber locked up in Jordan since 2005, when she tried to blow herself up at a wedding reception in simultaneous attacks that left almost 60 people dead.

She was Jordan's key bargaining chip in prisoner-swap negotiations between Jordan and ISIS, which captured al-Kasebeh after his fighter jet crashed during a bombing raid over Syria in December.

Now, there is sadness and outrage from his death. On Wednesday morning, Jordan's air force carried out more bombing raids against ISIS. Officials will also decide whether Jordan may send in ground troops in the fight against the terror group.

The video showing al-Kasebeh's gruesome death was slickly edited and scripted, using state-of-the-art graphics. It highlighted the close relationship between Jordan's King Abdullah and President Obama and Jordan's role in the U.S.-led airstrikes against ISIS in Syria and Iraq.

Then, in what can only be described as a Hollywood-style dream sequence, he's seen walking through the aftermath of a coalition airstrike, in an orange jumpsuit, getting flashbacks of the death and destruction caused -- the stylized video seems to suggest -- by his hand.

What happened next is tragically very real. He's locked in a small cage, and a masked Islamic fighter apparently brings his life to an end in a fiery inferno.

It was highly produced, and his injuries in the video seem to bear resemblance of the same injuries he suffered in the crash, or what came after, leading people to believe that the pilot may have been executed as much as a month ago.