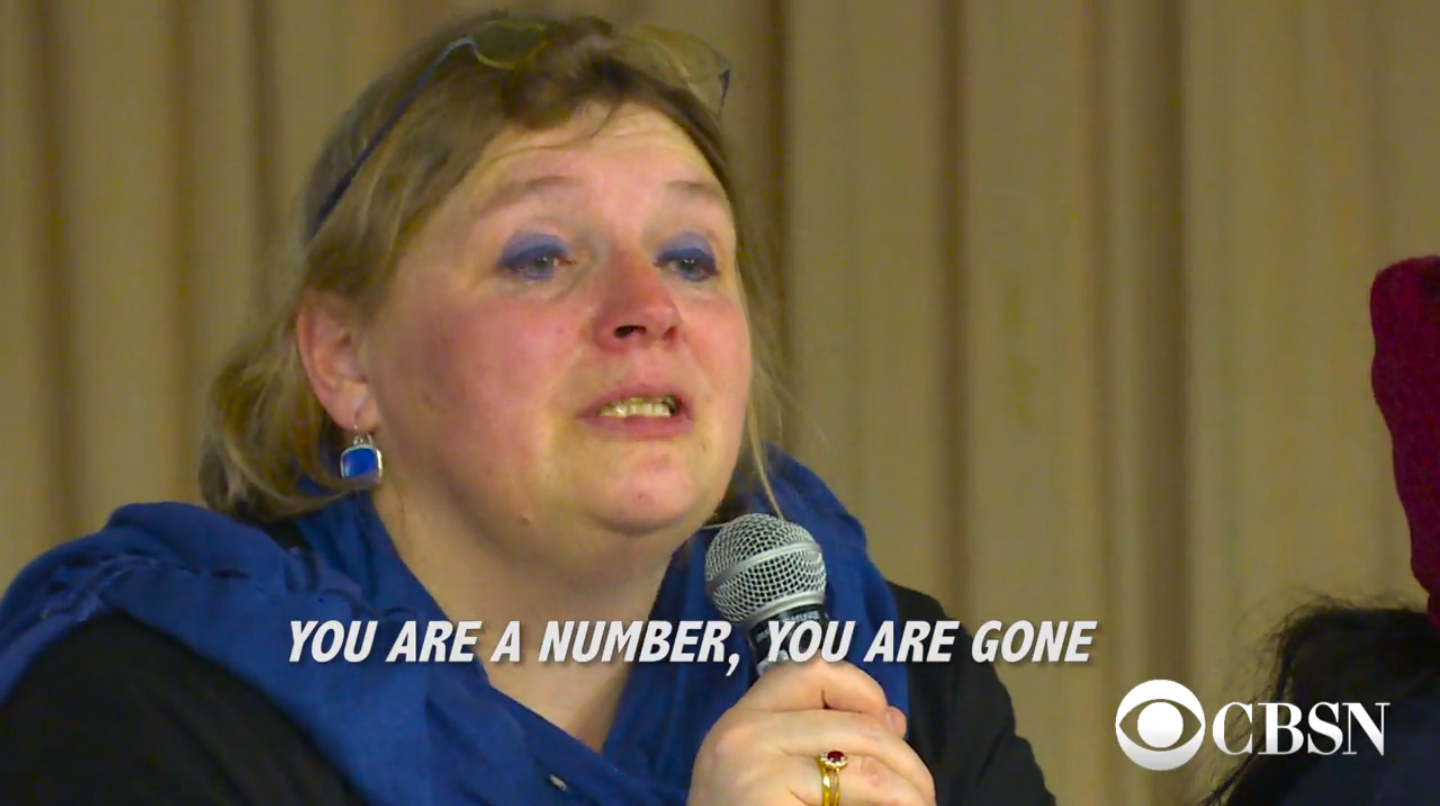 We first met Geraldine Henneghien in December 2015, while filming the CBSN Originals documentary, "Molenbeek: Terror Recruiting Ground." She had lost her son, Anis, to ISIS recruiters when he was just 18 years old. And she told us that her "very normal boy" had been radicalized in just four months, essentially blindsiding his family. A year later, Henneghien received word that her son had died fighting in Syria, heartbreaking news that also, ironically, brought Henneghien a measure of solace.

"If I will say the truth, I will say I'm happy that he's died," she told us. "Because I cannot sleep when he was there. Every day, I was thinking about him... what he is doing."

That painful experience inspired her to form a support group for Belgian families going through similar heartbreak. The group, which started with only 10 mothers and fathers, had accumulated 40 by December; some bore the added anguish of knowing that their child actually carried out an attack on innocent people, and they were helpless to stop it.

"When there is an attack, before we know who made the attack, it's very heavy because each family is thinking, is it my child who has come back and to make the attack?" Henneghien told Vladimir Duthiers when he revisited Molenbeek after the Brussels attacks in March. "They must survive with the loss of their son, but also that the son made a lot of victims, innocent victims. And don't forget that in Islam, when you kill an innocent person, you kill all humanity."

ISIS has preyed on disenfranchised youth in poor Belgian neighborhoods like Molenbeek and Schaerbeek, offering them false promises of a better life elsewhere. They tout purpose, belonging and freedom to Muslim men and women between the ages of 18 and 29, who don't necessarily feel that they belong in Belgium.

The growth of Henneghien's group underscores how pervasive radicalization is in Brussels. In the three months since we last spoke to Geraldine, her group acquired nine more families that lost children to ISIS recruitment. That's a rate of three new families per month; each of their kids representing the potential for yet another homegrown attack.

The group's mission has mushroomed since its inception, and is twofold: to provide support for heartbroken families ostracized from mainstream society, and to teach other families how to learn from their mistakes. That second calling now has Geraldine and the parents of other Belgian jihadists meeting with parliament.

"We are busy for the moment to change the thinking of the authorities. Because before, they let the message, 'Please don't come back. Because if you come back, you will go direct to prison," Henneghien explains. "And now we try to change the authorities and to say we want them to come back ... to give them a second chance."

Henneghien believes the only solution to the problem is to create a center for prevention. So far, however, she says the Belgian authorities have chosen to put their money elsewhere. Her group of parents tries to compensate for that, going into the schools to plead with Belgian teens that they not buy into recruiters' false promises. They are, of course, trying to reach teenagers, so that comes with challenges. The group's hope, however, is that by speaking with this at-risk demographic about the reality of the situation, they can prevent at least some unnecessary radicalizations.

"With the young people we meet in school, they say, 'Oh we didn't know that it was so. And now we know the truth, what is the situation there," she says. "And this is positive."

Henneghien says that her group is now bombarded with phone calls from teachers, asking that they come talk to more students. And though the group currently only has $70 in its bank account, they are hopeful that sometime in the future, they may get a government grant. It is, after all, a crucial initiative for both Belgium's youth and its national security. It also gives a growing number of grieving parents the notion that perhaps their children did not die in vain.

"I can say perhaps my son is dead and I will stay home," Henneghien explains. "But I say no, I don't want there [to be] a new guy who will go to Syria and will die. And also there will be a new family who will be sad and lose a child. So, it's more and more the reason of the death of my son."

As of today, the group includes the mother of 20-year-old Paris attacker Bilal Hadfi, who blew himself up with a suicide vest outside the Stade de France in November 2015. The parents of the Brussels attackers have not yet come forward. When they do, though, Henneghien says the group is prepared to welcome them with open arms.