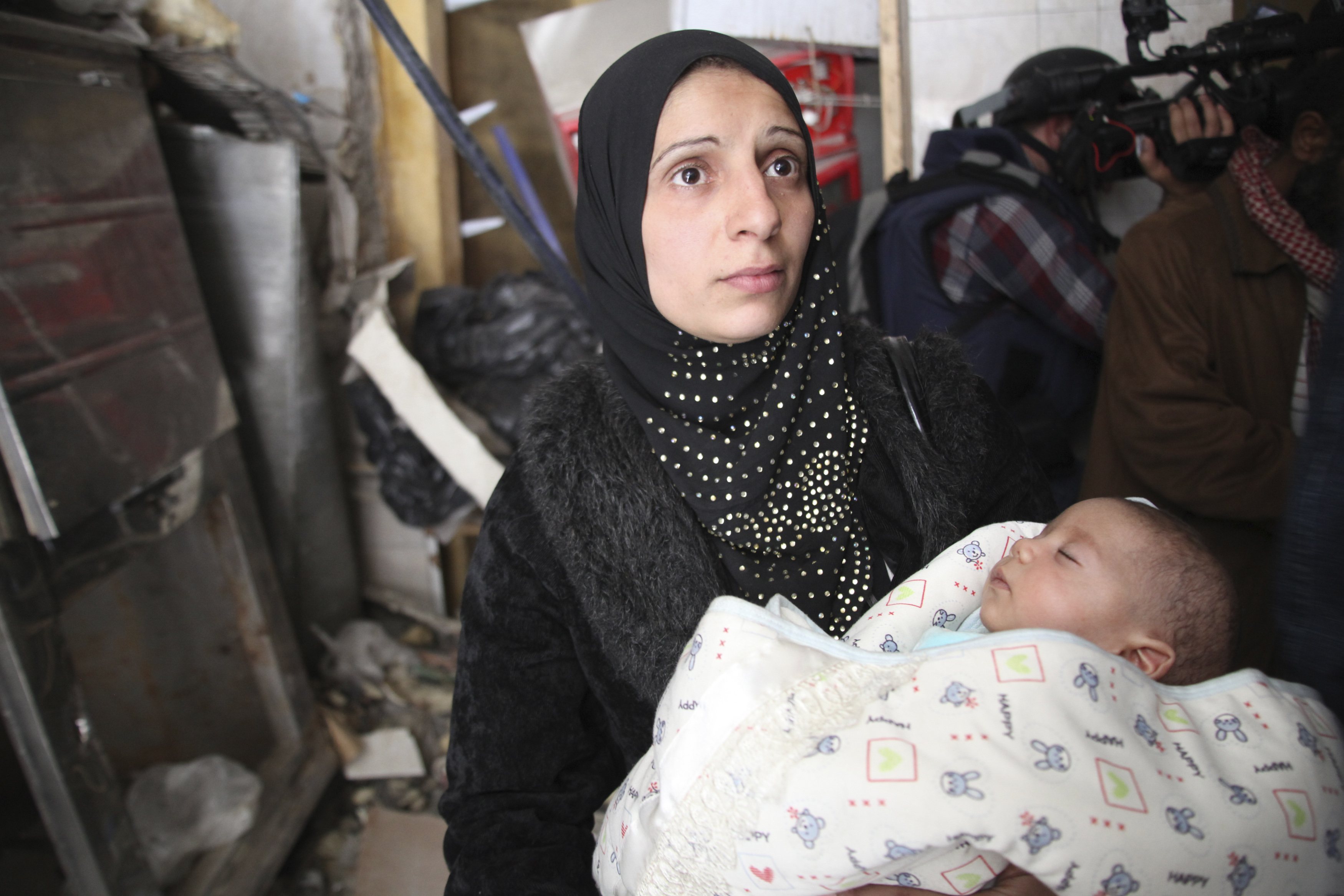 Jordan, meanwhile, closed its only functioning border crossing with Syria, following heavy clashes on the Syrian side between rebels and government forces.

ISIS fighters, who control large swaths of territory in northern Syria, entered the Yarmouk camp from the nearby Hajar Aswad neighborhood in southern Damascus and were clashing with a Palestinian group inside the camp. The Britain-based Syrian Observatory for Human Rights said the ISIS group took control of large parts of the camp.

If they gain full control of the camp, they can potentially threaten the heart of the capital.

Yarmouk, a Palestinian refugee camp in southern Damascus, has been under government siege for nearly two years. U.N. aid workers have been sending food parcels into the camp, where thousands of civilians remain trapped and in desperate need of food and medicine.

The camp had witnessed fighting in the past between government forces and militants who control much of the camp.

The Observatory reported heavy clashes in the camp between IS fighters and members of the Palestinian faction called Aknaf Beit al-Maqdis.

Anwar Raja, the spokesman for the pro-Assad Popular Front for the Liberation of Palestine - General Command, said that IS fighter entered the camp from the nearby neighborhood of Hajar Aswad where they have been based for months. He added that Wednesday's push into the camp came in coordination between IS and their rivals in the Nusra Front, al-Qaida's branch in Syria.

"The Nusra Front opened the road for them in order to infiltrate the camp and several hours ago they entered Yarmouk," Raja said by telephone. It was not immediately clear why Nusra would facilitate the entry of IS into the camp.

Last month, Assad told "60 Minutes" correspondent Charlie Rose that ISIS has "lost a lot of hearts and minds" in Syria.

"You cannot measure it but you can tell that the majority of the people who suffered from ISIS, they are supporting the government and, of course, the rest of the Syrian people are afraid from ISIS and I don't think they would-- I think they lost a lot of hearts and minds," Assad said.

A Syrian foreign ministry statement on Wednesday said it holds Jordanian authorities responsible for "obstructing the movement of trucks and passengers and any ensuing economic or social repercussions."

Jordanian government spokesman Mohammed al-Momani told The Associated Press that the Nasib crossing was temporarily closed late Tuesday because of clashes nearby.

"It is important for us to keep the safety for the passengers and those who are trying to cross between the two countries," he said. "So we decided to close the border temporarily, until things calm down. Then we will open it again."

A spokesman for rebels in southern Syria, Issam al-Rayess, confirmed that rebel fighters were trying to take control of the border crossing from Syrian authorities.

The Nasib crossing is the only functioning crossing between Jordan and Syria and is considered a crucial gateway for Syria's government and for Syrian, Lebanese and Jordanian traders and merchants.