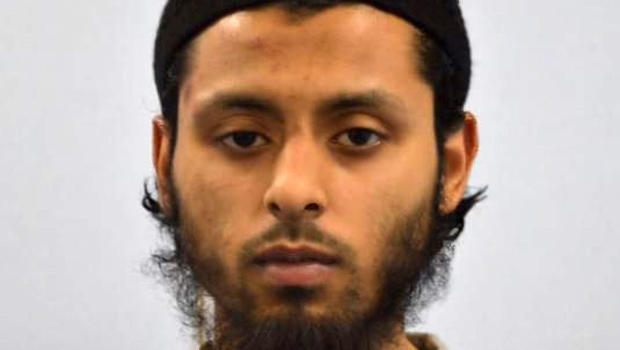 LONDON -- A London man was convicted Friday of trying to recruit children to carry out attacks across the British capital inspired by the Islamic State of Iraq and Syria, or ISIS. Prosecutors said 25-year-old Umar Haque "was fascinated by the warped and extreme ideology" of ISIS and identified multiple attack targets, including Big Ben, Heathrow Airport, banks and shopping centers.

Haque also was accused of radicalizing children at a mosque and two schools, getting them to act out scenarios and showing them beheading videos.

Hayden said 35 children were still getting support after Haque's indoctrination, which had left them "almost paralyzed with fear."

Haque, who was arrested in May, had pleaded not guilty. He said he supported ISIS but wasn't planning attacks.

A London jury convicted him Friday of preparing terrorist acts.

As he was dragged from the dock by court officers, Haque said: "You will clearly see Islamic State establish itself in the Arabian peninsula and that droughts will affect Europe and America."

Two other men were convicted of helping him. All will be sentenced at a later date.