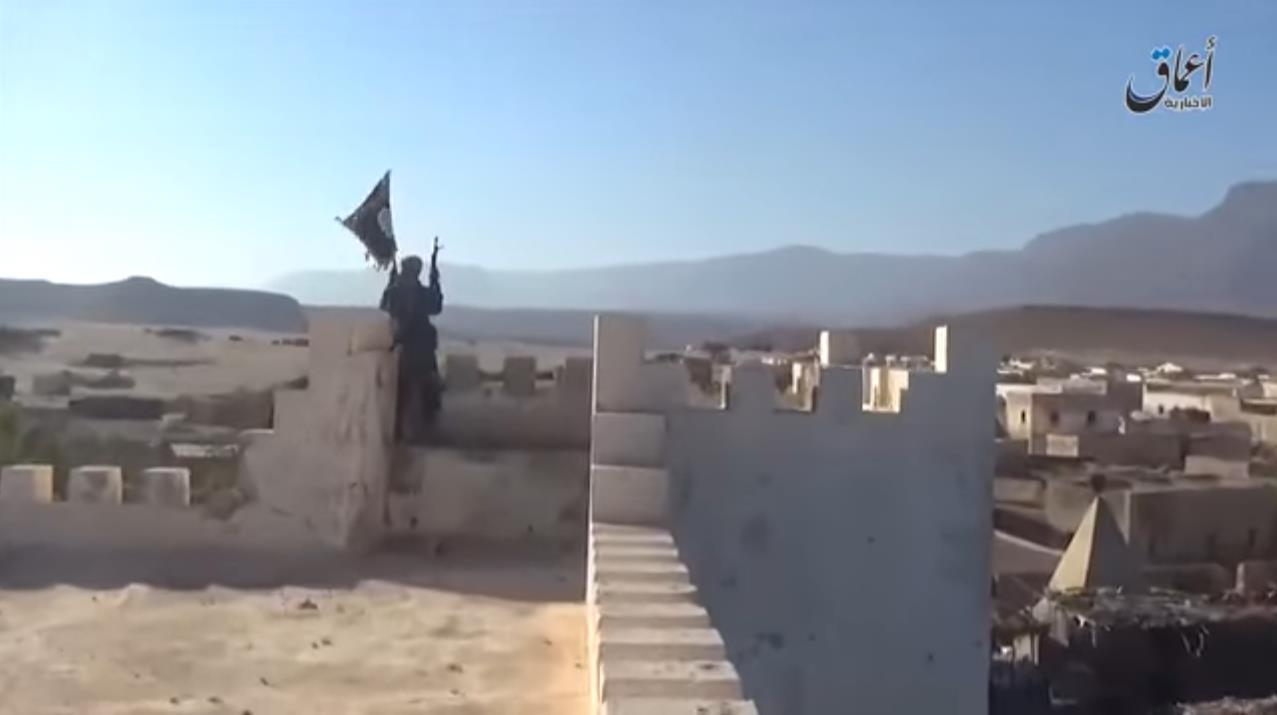 QANDALA, Somalia -- While the international community has focused on combating the Islamic State of Iraq and Syria (ISIS) in Syria, Yemen, and Iraq, the terror group has steadily been gaining ground in Somalia.

On Wednesday, ISIS captured the ancient port town of Qandala, signaling a new front emerging in the war against the terror group on the strategic Gulf of Aden.

"This is a symbolic victory because this is the first major town that ISIS has captured in Somalia," said Mo Fatah, a Somalia expert.

In video posted by the group, militants are seen advancing into Qandala, and raising their flag over the East African fishing town.

"Qandala town fell into the hands of Daesh this morning," Jamac Mohamed Khuurshe, a senior official in Qandala, told Reuters. "Our soldiers were few and so could not fight any longer."

Daesh is the Arabic term for ISIS.

Up until now, the area had been considered among the safest in Somalia because of its proximity to the major Somalian city of Bosaso, the economic hub of the Puntland region.

"People in the region have been worried about it, asking the international community for support. Almost a million people living in the region want to establish their own security forces to push them out, but they don't have the funds and resources to combat [ISIS]," Fatah told CBS News.

Puntland is a mountainous, semi-autonomous northern state in Somalia. The region is located at the tip of a major shipping lane through the Gulf of Aden, and has been the focus of international efforts to combat piracy.

"Now with ISIS in Yemen, Syria, and Iraq, the fact they hold can hold a major town in this country as well gives them an opportunity. Puntland is harder to attack because of its mountainous nature, it's not Iraq or Syria, and can provide them a place they can go and group," Fatah said.

The faction of ISIS in Somalia involved in Wednesday's attack is reportedly led by Abdiqadir Mumin, a former recruiter and spokesman for al Shabaab.

Al Shabaab, a rival Islamist militant group, has long operated in the region.

The United States designated Mumin a terrorist in August, saying that he "along with around 20 of his followers" had pledged allegiance to ISIS in October 2015.

The force that captured Qandala suggests the organization has grown significantly in the year since. Local media estimates that at least 50 militants were involved in the attack.

Fatah doubts the forces will be able to hold the town permanently, but warns that the capture of Qandala is a sign of the new and growing threat ISIS poses in northern Somalia.