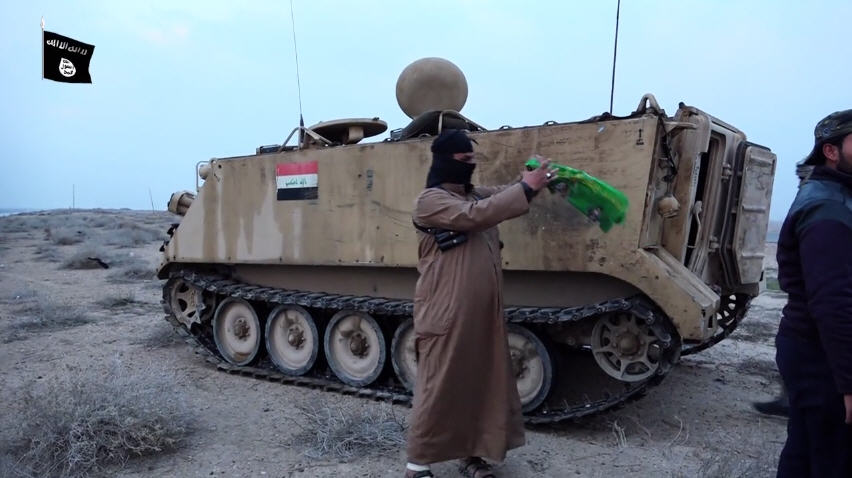 U.S. Central Command told CBS News that it couldn't corroborate the authenticity of the video.

The Islamic State of Iraq and Syria, or ISIS, claimed the video, which surfaced this week, depicts the aftermath of attacks around the cities of Samarra and al-Baghdadi.

CNN reported that the weapons were American-made and included M-16s and heavy machine guns. If confirmed, it wouldn't be the first time the militants have seized American weapons.

In June, ISIS gained access to military arsenals in northern Iraq, which were full of U.S.-supplied assault rifles, heavy weapons and ammunition.

In October, ISIS claimed that it had taken weapons and ammunition from a U.S. airdrop that was intended for Kurdish forces near the border between Syria and Turkey.