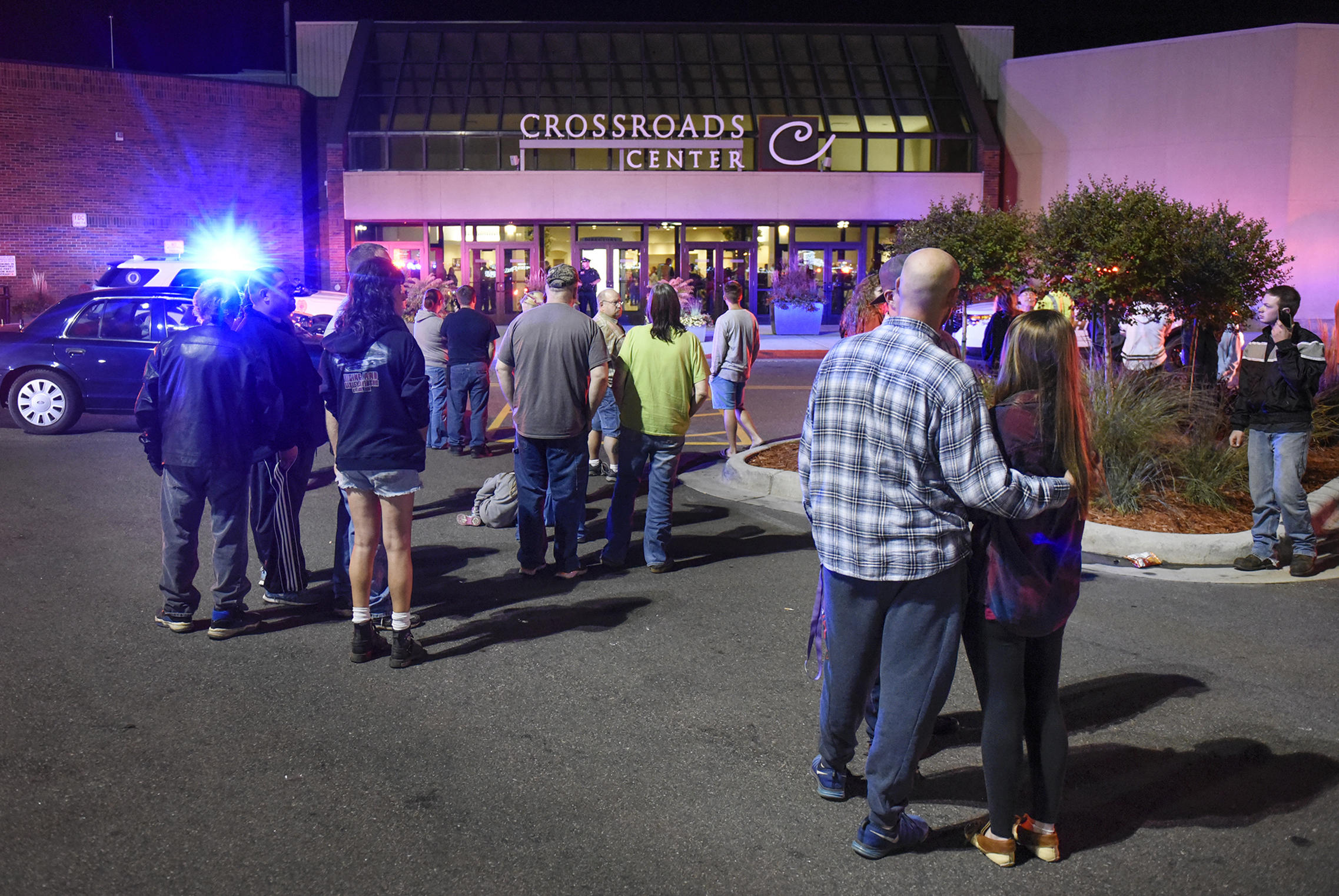 ST. CLOUD, Minn. — A federal law enforcement source tells CBS News that the deceased suspect in a Minnesota mall attack that wounded eight Saturday, was asking people if they were Muslim and stabbing those who said they were not.

Officials said the man has had interactions with police in the past, including recently, but the source could not yet characterize the nature of those interactions.

The father of the suspect has identified him as a 22-year-old college student.

Ahmed Adan told the Star Tribune of Minneapolis that police told him Saturday night that his son, Dahir A. Adan, died at Crossroads Center mall in St. Cloud.

He says police didn’t mention the attack on the mall, but they seized photos and other materials from the family’s apartment.

Ahmed Adan, who is Somali, says his son came to the U.S. 15 years ago and was was a student at St. Cloud Technical and Community College. He told the Star Tribune he had “no suspicion” that his son might have been involved in terrorist activity.

All nine victims -- seven men, a woman and a 15-year-old girl -- were treated at hospitals for wounds that weren’t life-threatening, St. Cloud police Chief Blair Anderson said at a news conference Sunday. Three remained hospitalized. The others were released.

Investigators are still trying to determine if the attack actually had any connection with ISIS. A news agency connected with the extremist group claimed Sunday that the suspect had heeded calls for attacks in countries that are part of a U.S.-led anti-ISIS coalition.

The ISIS-run Rasd news agency called the suspect a “soldier of the Islamic State.”

It was not immediately clear if the extremist group had planned the attack or even knew about it beforehand. ISIS has encouraged so-called “lone wolf” attacks. It has also claimed past attacks that are not believed to have been planned by its central leadership

Police said late Saturday they were not ready to call the attack an act of terrorism.

“We will be diligent and get to the bottom of this,” Anderson said. “We will be transparent.”

Officials said at a press conference Sunday that the off-duty officer who shot and killed the suspect is Jason Falconer, a former Albany, Minn., chief of police.

Officials said Falconer shot the suspect when the suspect lunged at him. Will Blair Anderson, Chief of Police for St. Cloud, said there was just five minutes between the first 911 call and reports of the suspect being shot dead.

“Officer Falconer was there at the right time and the right place,” he said.

Ashley Bayne, who was visiting a friend at the J.C. Penney store in the mall described the scene to CBS Minnesota.

“I went closer to the mall entrance by J.C. Penney’s and I was looking at some jeans and all the sudden people were just running in chaos,” Bayne said. “They were screaming, ‘Someone’s stabbing people in the mall,’ and people were just really frantic and were running.

“There were so many cop cars just responding to the area,” Bayne said. “When I got in my car to get out people were speeding out of there. By the time I left my coworker had texted me saying they had all gone into lockdown in the mall. There were no notifications in the mall at all, it was just people running and screaming.”

Harley and Tama Exsted of Isle, Minnesota, who were in St. Cloud to watch their son play in a college golf tournament, were in the mall when the incident occurred.

“All of a sudden I heard pop, pop, pop,” Harley Exsted told the St. Cloud Times. “I thought someone tipped over a shelf. All of a sudden these people started running. I just saw everybody running our way.”

Adonis Samuels, 42, of St. Cloud, was outside the mall where his wife Roxanne works as a manager at Clinique at Macy’s.

“She called me on the phone and told me she was hiding under the counter with a customer,” Samuels said. She later called and said she was safe in a secured area.

Samuels remained outside, watching for her. He said he’d seen her through the glass doors at one point so he knew she was safe.