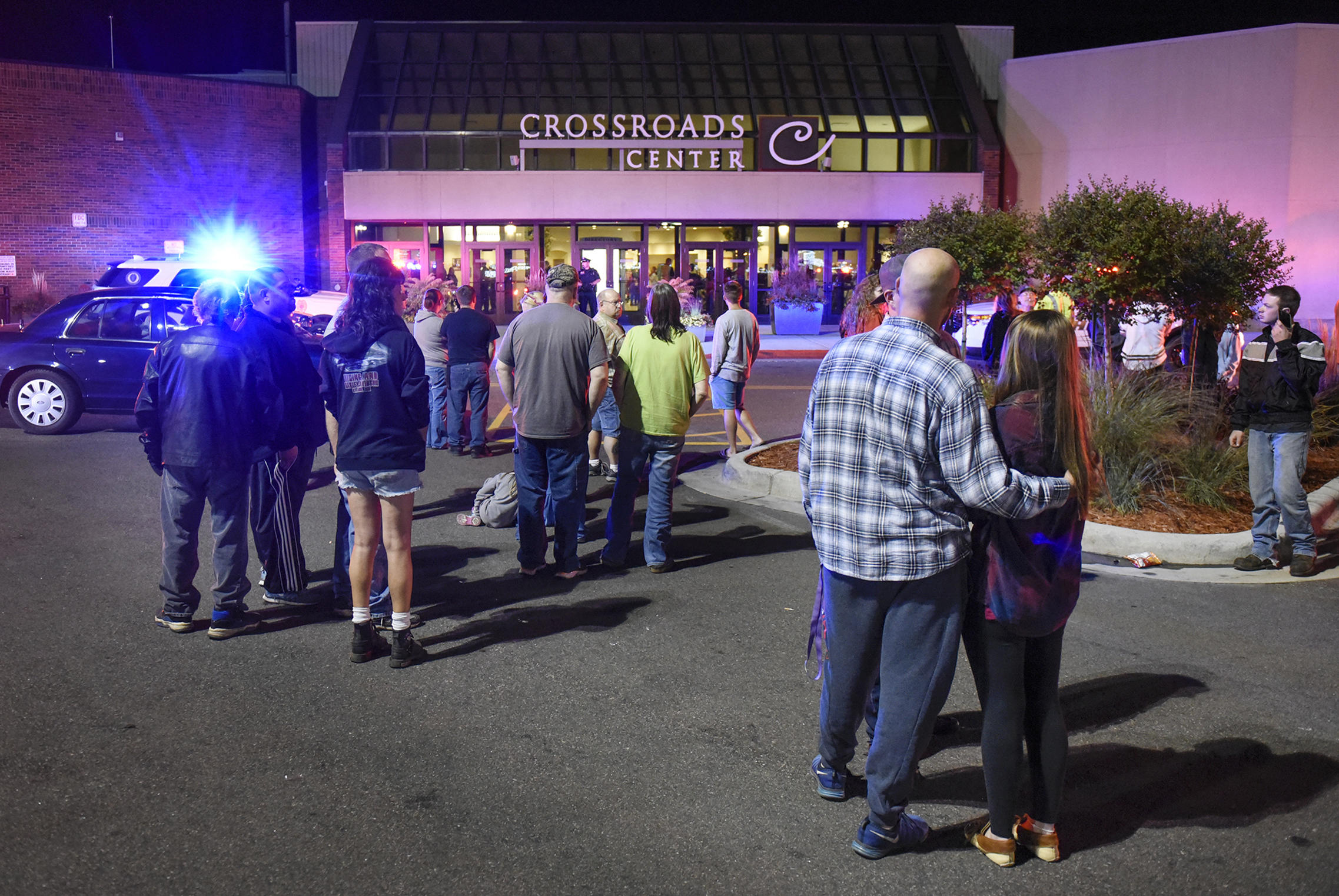 ST. CLOUD, Minn. At least eight people were taken to a hospital with injuries after a stabbing attack at a Minnesota shopping mall that ended with the suspected attacker - who was dressed in a private security uniform and made references to Allah - shot dead by an off-duty police officer, authorities said.

St. Cloud Police Chief Blair Anderson said during a news conference shortly after midnight that eight people were taken to St. Cloud Hospital with non-life-threatening injuries following the attack first reported about 8:15 p.m. Saturday. One person was admitted. No further details were released.

Anderson said an off-duty police officer from another jurisdiction shot and killed the unidentified suspect, who was armed with a knife and wearing a private security firm uniform at the time of the attack. Anderson did not say where the off-duty officer serves.

Anderson also said the suspect made at least one reference to Allah during the attack and asked at least one person whether they were Muslim.

But Anderson declined to call the attacks an act of terrorism, saying the motive for the attacks isn’t known yet. “We will be diligent and get to the bottom of this,” Anderson said, adding that St. Cloud Police had prior contact with the suspect, but only related to traffic stops.

The mall remained on lockdown following the incident, but authorities expected those remaining inside to be released early Sunday. Photos and video of the mall taken hours after the incident showed groups of shoppers waiting to be released, including some huddled together near a food court entrance.

Ashley Bayne, who was visiting a friend at the J.C. Penney store in the mall described the scene to CBS Minnesota.

“I went closer to the mall entrance by J.C. Penney’s and I was looking at some jeans and all the sudden people were just running in chaos,” Bayne said. “They were screaming, ‘Someone’s stabbing people in the mall,’ and people were just really frantic and were running.

“There were so many cop cars just responding to the area,” Bayne said. “When I got in my car to get out people were speeding out of there. By the time I left my coworker had texted me saying they had all gone into lockdown in the mall. There were no notifications in the mall at all, it was just people running and screaming.”

Harley and Tama Exsted of Isle, Minnesota, who were in St. Cloud to watch their son play in a college golf tournament, were in the mall when the incident occurred.

“All of a sudden I heard pop, pop, pop,” Harley Exsted told the St. Cloud Times. “I thought someone tipped over a shelf. All of a sudden these people started running. I just saw everybody running our way.”

There also were reports of some shots fired during the attack.

The couple were unharmed and said they helped another woman who was running from the scene to her car.

Adonis Samuels, 42, of St. Cloud, was outside the mall where his wife Roxanne is employed as a manager at Clinique at Macy’s.

“She called me on the phone and told me she was hiding under the counter with a customer,” Samuels said. She later called and said she was safe in a secured area.

Samuels remained outside, watching for her. He said he’d seen her through the glass doors at one point so he knew she was safe.

St. Cloud is about 70 miles northwest of Minneapolis.