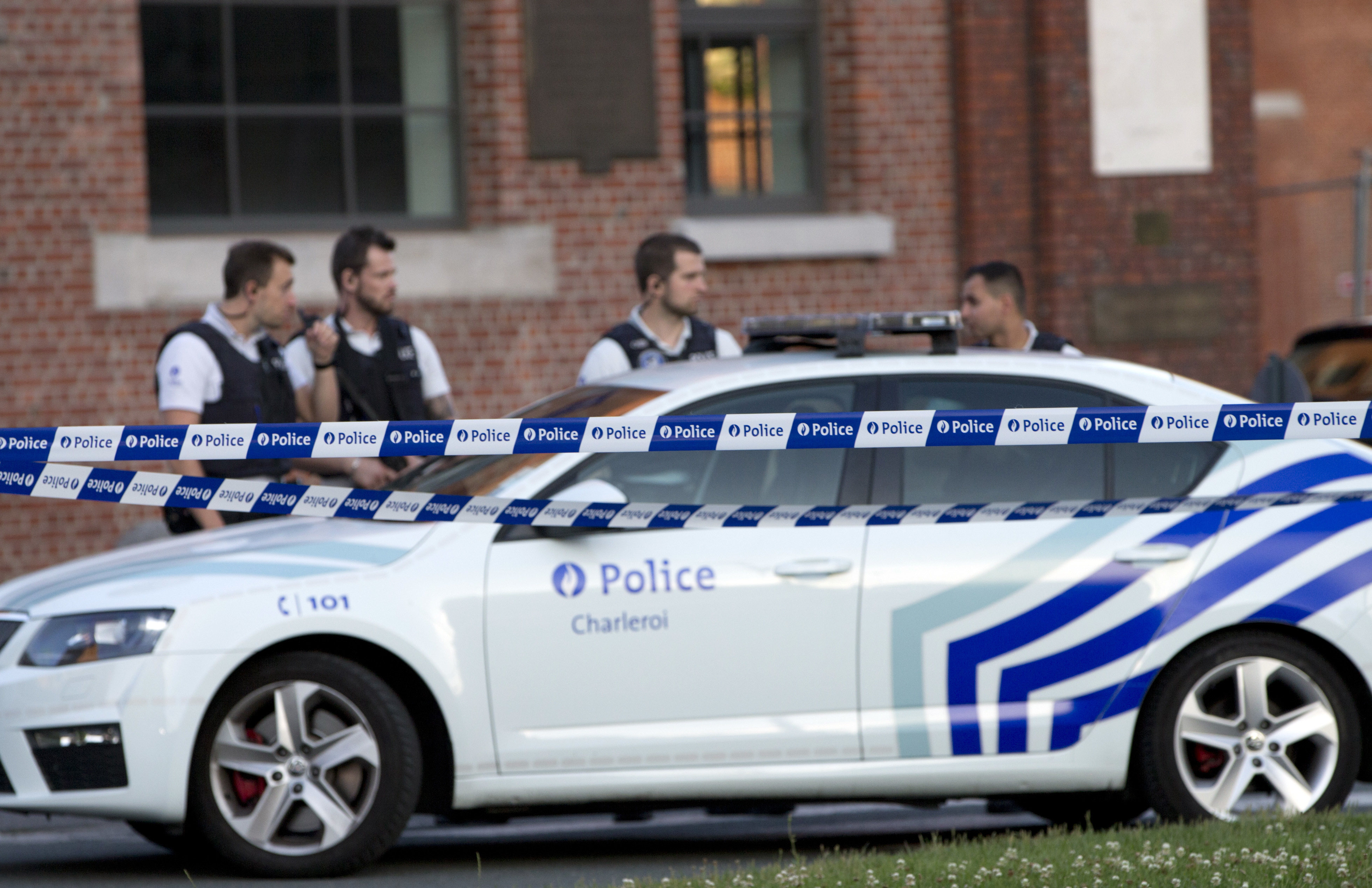 BRUSSELS -- The Islamic State of Iraq and Syria (ISIS) on Sunday claimed responsibility for a weekend machete attack that wounded two policewomen in the Belgian city of Charleroi, calling it an act of reprisal carried out by one of its "soldiers."

Belgian prosecutors identified the machete-wielding assailant as a 33-year-old Algerian known to police for criminal offenses, but not for extremist acts.

Belgian media reported that he was in the country illegally, despite two separate orders being issued for him to leave. The government didn't immediately confirm the reports.

The attack on Saturday afternoon is being treated as a terrorist incident, notably because the man shouted "Allahu akbar!" -- Arabic for "God is great" -- as he slashed at the officers outside Charleroi's main police station, Prime Minister Charles Michel said.

The assailant, shot by a third officer, died later in a hospital. A statement by the ISIS-affiliated Aamaq News Agency, posted Sunday on an ISIS-linked Twitter account, said the attack on the policewomen was in response to the "Crusader coalition's" military campaign against ISIS and its self-declared caliphate in Iraq and Syria.

Belgium, a longtime U.S. ally, is a member of the American-led coalition combating ISIS, and has supplied warplanes to participate in anti-ISIS operations.

The Belgian Federal Prosecutor's Office said the attacker, who it identified only as K.B., had lived in Belgium since 2012.

The office said two police searches were carried out overnight in the southern Belgian city, but that no further information about the investigation would be made public.

Broadcast media including state-owned RTBF said K.B. was in Belgium illegally despite receiving two separate orders from government authorities to leave. Michel didn't directly confirm the reports. But he told RTL television that more must be done to combat illegal immigration, saying it was difficult to persuade Algeria to accept the return of its nationals.

Both policewomen were "severely injured in the face and neck" in the attack, the federal prosecutors' statement said. RTL said both were placed in an artificial coma to allow surgeons to operate on them. Michel said the prosecutors were treating the attack on the officers as a case of "attempted terrorist murder."

Michel said the prosecutors were treating the attack on the officers as a case of "attempted terrorist murder."

The prime minister spoke to reporters following an emergency meeting with top Belgian law enforcement officials Sunday morning. Michel cut short his vacation in the south of France following the Charleroi attack, which had some police unions clamoring for greater protection for police officers and installations.

"We must keep a cool head," Michel said. "We must avoid panic, of course - not give in to terror. That's the trap that has been set for us."

Belgium has been on high alert since the March 22 suicide bombings claimed by ISIS extremists that killed 32 people in Brussels. Many of the perpetrators of the Nov. 13 carnage in Paris that killed 130 people were also residents of Belgium. That attack was also claimed by ISIS.

"We know we must be constantly, constantly vigilant," Michel said.

Defense Minister Steven Vandeput said the government's Crisis Center would meet to determine if additional measures should be taken to protect police buildings and staff.

On Sunday, Charleroi police posted a request on their Twitter account asking reporters not to divulge officers' identities.

"We are targets," Charleroi police explained.

Prosecutors said K.B. was carrying a backpack at the time of the attack, but that a bomb squad search found no explosives or other weapons inside.

On June 27, Belgium deployed six F-16s to the Middle East for a year as part of the U.S.-led coalition, with orders to strike ISIS targets while operating in Syrian and Iraqi airspace, the Belgian Defense Ministry announced at the time. Until returning home in July 2015, Belgian F-16s took part in earlier anti-ISIS missions over Iraq.