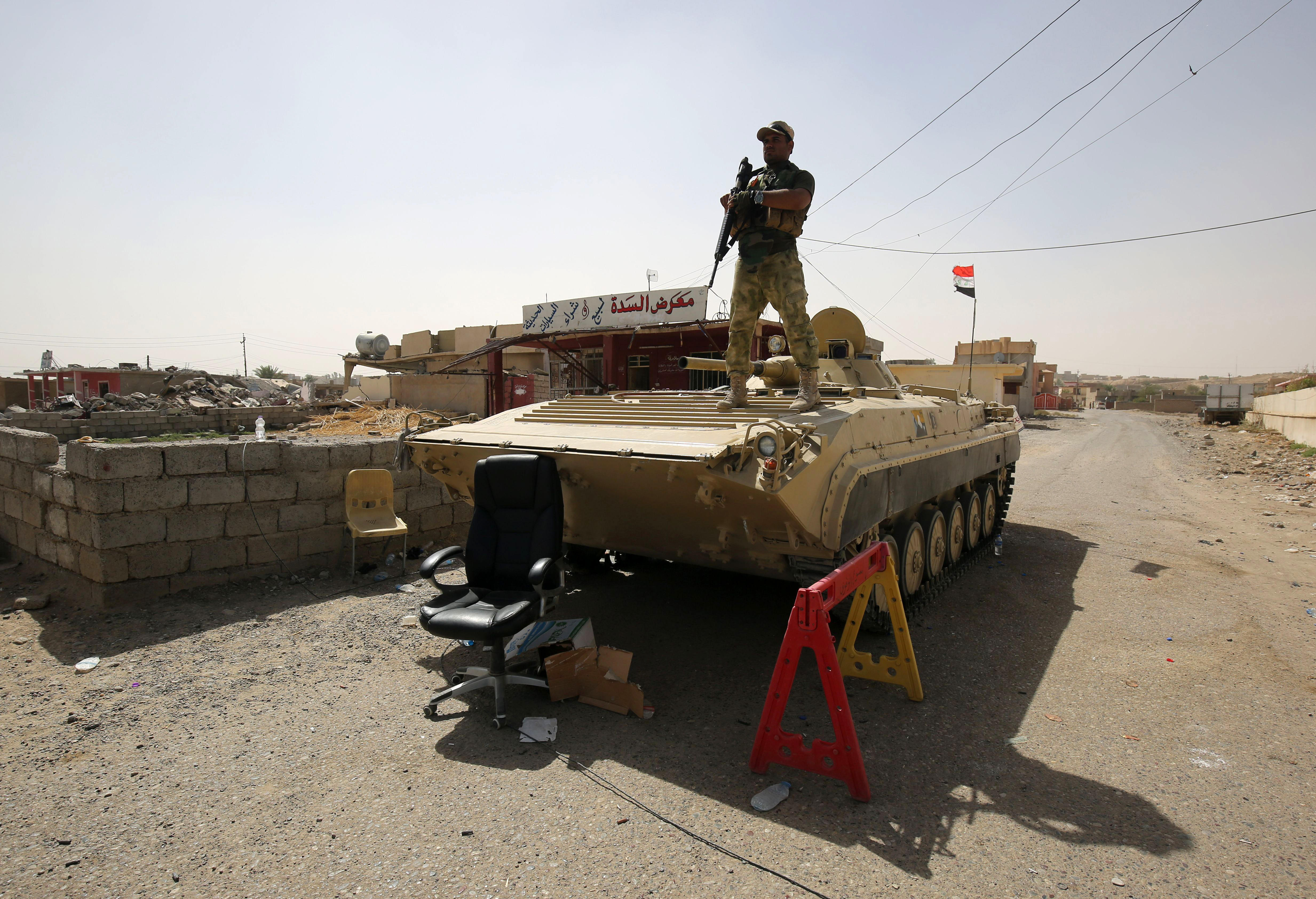 BAGHDAD -- A triple suicide bombing against a security checkpoint north of Baghdad on Saturday killed at least 11 members of the security forces, a police officer said.

The spokesman for the Salahuddin province police force, Col. Mohammed al-Jabouri, said three militants rammed their explosives-laden vehicles early Saturday morning into the main checkpoint near the town of al-Salam at the province’s northern entrance. Al-Jabouri added that 34 other security officers were wounded.

He said the attack occurred as the local police chief and head of the provincial security committee were visiting the site. Both escaped unharmed.

Almost at the same time, another group of militants on foot attacked a checkpoint at the eastern edge of the province, killing four policemen and wounding two others, he added. One militant was killed in that attack, while the others fled the scene, he said.

The governor of Salahuddin province, Ahmed al-Jabouri, accused the Islamic State of Iraq and Syria, or ISIS, of being behind the attacks, vowing to “retaliate for the martyrs by chopping off the heads of Daesh” militants, using the Arabic acronym for the group. Al-Jabouri called on security forces to review their plans and on residents to cooperate with the authorities.

No group has claimed responsibility for the attacks, but ISIS militants have claimed multiple similar attacks. The Sunni extremists frequently launch attacks targeting Iraq’s security forces and civilians in public areas. The group stepped up attacks in recent months as it has lost territory in northern and western Iraq that it had captured in 2014.

In April 2015, Iraqi security forces drove out ISIS militants from the Salahuddin provincial capital, Tikrit, about 80 miles north of Baghdad. The attack came days after government forces recaptured the town of Shirqat, north of Tikrit, from ISIS militants.

Backed by the U.S.-led international coalition and paramilitary forces, the Iraqi government is gearing up for a major military operation to dislodge the militants from the city of Mosul. The city, about 225 miles northwest of Baghdad, is the last major ISIS urban stronghold in Iraq. U.S. officials have said for some time that they expect the Mosul operation to begin in October.