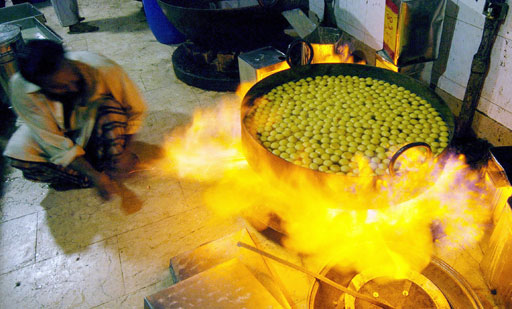 According to Pete Favat, Creative Director of Arnold Communications, "We are trying to un-sell something. We’re trying to convince somebody not to buy something."

The "something" Favat refers to is cigarettes.

The ads avoid preaching, but pull no punches. Teen Erin Stein reacts favorably. "It wasn’t like some commercial that’s like 'smoking's bad for you, blah, blah, blah, blah,'” she says of one ad. It's a version of the truth, however, others find hard to take.

Some TV networks have chosen not to air all of the ads, including one called 'body bag.' In a mock assault, the ad depicts protesters stacking body bags 6 feet high around two sides of Philip Morris headquarters to represent the number of people who die each day from tobacco-related illnesses.

Thetruth.com is sponsored by a non-profit agency, called the American Legacy Foundation. Ironically, it is the tobacco companies that are footing the bill: its $300 million-a-year budget comes as a result of the 1998 Global Tobacco Settlement.

"I would call it poetic justice," says American Legacy Foundation CEO Cheryl Healton. "I think the ads are very appropriate and they work."

But cigarette makers, who say they agree with the need to cut teen smoking, think some of the ads cross the line. Philip Morris calls them "a step in the wrong direction." Anna Santiago, a teen advisor to TheTruth.com, sees the discomfort as a sign of success. "It tells us that our ads are good," she explains. "That they are nervous."

Big tobacco might be worried because a similar campaign in Florida helped cut teen smoking by 25 percent.

Advertising Age analyst Brad Johnson says thetruth.com has simply stolen a page from Madison Avenue's playbook. “Well surprise, surprise, he says, "the anti-smoking people are just as smart as the pro- smoking contingency and are using heavy-handed tactics to un-sell a product.”

School is still out on how effective this bare-knuckled campaign will be nationwide, but hard-to-reach teens appear to be noticing, and that's a big first step.