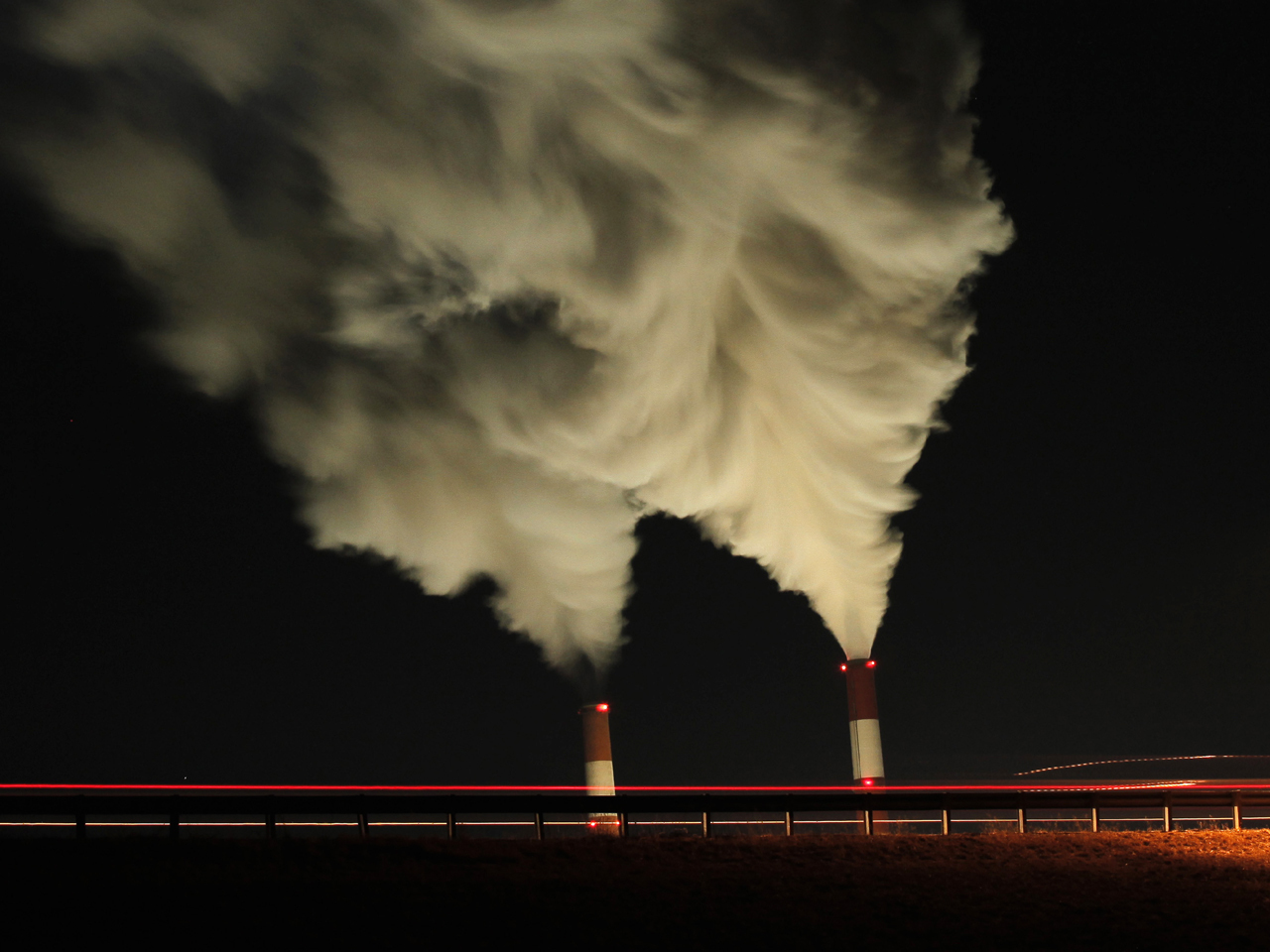 On the 43rd annual celebration of Earth Day, the environmental movement's ultimate goal of regulating climate change seems out of reach -- and striving for a bipartisan deal seems downright laughable.

The last serious attempt to address the issue, in 2010, fell apart even with Democratic majorities in both the House and the Senate. Politicians like Sarah Palin have reduced evidence of climate change to "snake oil science." All the while, the Arctic melts and the planet gets warmer.

Activists demanding action on climate change have a sense of urgency that isn't there among the public, and certainly not in Congress.

"There's always the story of the day, or the week or the month, but this is clearly the story of the century," Bill McKibben, activist and founder of the grassroots climate change group 350.org, said to CBSNews.com. "One doubts in 50 years people will give two hoots about the sequester, but they'll have a lot of interest in how we respond to climate change."

The public sees climate change as a distant problem, but they see it as a problem nonetheless. In fact, activists and social scientists note, there's more agreement on the issue, surveys show, than the partisan rancor surrounding the issue would suggest.

There's enough public agreement on the issue to keep those searching for action on climate change moving. If they can strip the issue of its partisan significance, find fresh ways to approach it and put the matter back in the hands of voters rather than political financiers, those climate change activists think there's a chance for spurring policy change -- even with the backing of Republicans.

"We acknowledge this is not the tune on the radio right now, but it will eventually be recognized as the conservative song," former Rep. Bob Inglis, R-S.C., told CBSNews.com. Inglis now leads the Energy and Enterprise Initiative at George Mason University, where he's building conservative support for a market-based solution to pricing carbon (a solution other than cap and trade).

"I'm certain conservatives eventually will recognize the tune and say that's what we really believe," he said.

If anyone knows how hard it would be to get Republicans to address climate change, it's Inglis.

After serving seven non-consecutive terms in South Carolina's fourth district, Inglis lost the Republican primary in 2010 when a handful of challengers questioned his conservative credentials. Inglis had a 93 percent rating from the American Conservative Union and was in perfect standing with the National Right to Life and the National Rifle Association -- but he voted against the 2007 surge in Iraq and for the 2008 bank bailout. He also thought Congress should do something about climate change. One of Inglis' opponents boasted that she was opposed to "bank bailouts [and] global warming hoaxes... and so are the majority of South Carolinians."

Inglis chalks up the conservative pushback against climate change to "something akin to a populist rejection of science."

That sentiment is reversible, he said, arguing that the idea of putting a price on fuel is based on the idea "that all actors should be fully accountable for all actions."

"That sits with the cherished beliefs of libertarians, of social conservatives and economic conservatives," he said. "It's a building block of conservatism."

Polls show that conservatives are generally more skeptical about climate science and the need for action than Inglis, but opinions on the matter are far from unanimous.

"The majority of the American people do believe this is a problem," Edward Maibach, director of George Mason University's Center for Climate Change Communication, told CBSNews.com. "The disconnect is between public opinion and congressional inaction."

A cap and trade bill did pass in the House in 2009, but it died in the Democratic-controlled Senate. After Republicans took over the House in 2010, the issue was essentially dropped.

"A large segment of Congress doesn't believe that climate change is a problem -- that's a pretty big barrier to starting to address it," Michael Levi, an energy expert at the Council on Foreign Relations and author of the new book "The Power Surge: Energy, Opportunity, and the Battle For America's Future," told CBSNews.com. "There's another segment that believes it's a big problem but is afraid of the economic or political costs."

The biggest blow to the environmental movement came in the 2010 elections when congressmen who backed action on climate change, like Inglis, got burned.

Still, Levi noted that the rhetoric surrounding global warming was pitched as early as the 1970's, during the debate over President Carter's energy plan. Now, he said, the debate is more symbolic than substantive.

"People don't fight over energy and climate over their own merits, they use them to tell people how they feel about the world," he said. "On the left, it's an article of faith you need to act aggressively on climate change... On the right, you advocate against it because you want to show people you don't listen to pointy-headed academics."

"Everyone who wants action on climate change dreams of it being elevated to a much bigger issue, but part of what happens when it becomes a jobs issue, an economic issue, is that it becomes something much harder to resolve," Levi continued. "That's what the Solyndra fight is -- what is the relationship between government and the economy, not what is the best way to fund solar panels."

Climate change became a noticeably partisan issue in Congress in the 1990s, when President Clinton pushed for the ratification of the Kyoto Protocol.

"Ratifying the Kyoto Protocol ultimately was going to mean putting a price on carbon and there are very strong economic interests in this country who didn't want to see that happen," Maibach said. "That's where economic interests collided with political reality, and ultimately, the seed of discontent found fertile soil."

More than two-thirds of political donations from the oil and gas industry have gone to Republicans since the 1990 election cycle, the nonpartisan Center for Responsive Politics notes.

Inglis said that special interests opposed to climate change action were particularly effective in the 2010 election cycle because voters were already turning against the issue. After the financial crash, economic concerns completely overshadowed everything else, he said.

"You can spend money, whip up a wave of publicity that maybe gets you across the sea wall, but you only get in if the tide is in," Inglis said. Special interests were successful, he said, because "the enormous storm surge of the great recession... basically shorted out what would've been a solution on energy and climate, or any sort of a push toward a solution."

Inglis points to his own political career as evidence -- after serving in the 1990s as a climate skeptic, he returned to Congress in 2004 as an advocate for action. He was easily re-elected in 2006 and 2008, but tea party conservatives turned on him in 2010, largely because of this issue.

"Basically my constituents were saying, 'you're focusing on something that sounds like decades away, and we're focused on this month's paycheck and this month's mortgage payment,'" Inglis said. "That's how I lost."

Since losing, however, Inglis has focused on reviving the climate change debate among conservatives. At the Energy and Enterprise Initiative, Inglis continues to call for a "revenue-neutral tax swap" -- a plan to eliminate fuel subsidies and impose a tax on all carbon pollution. To keep the plan revenue neutral, income taxes would be lowered by a dollar for every dollar raised from the carbon tax.

Knowing the proposal won't go anywhere with this Congress, Inglis' organization is building up support among conservatives outside of Capitol Hill -- including everyone from high-profile economists like Glenn Hubbard to social and fiscal conservatives on college campuses. Eventually, Inglis hopes their support will have an impression on Republicans in office.

"If they come out of these foxholes, they'll get their head blown off, like I got mine blown off," he said. "Our job is to build some covering fire for them, so they can come up out of the foxhole and start taking the hill. I think they are going to do that eventually."

Inglis said he's also giving conservatives like the Koch brothers, the Republican-aligned oil magnates, a chance to live up to their supposed principles.

"Apparently Charles Koch is a libertarian, and libertarians believe in transparent and accountable marketplaces," he said. "Do you really believe, Mr. Koch, that some fuels should get away with socializing costs?"

McKibben's group 350.org is also largely focused on building up grassroots support for climate change policy, given the lack of momentum in Washington. He said the movement against fossil fuels is "leaderless but bigger all the time."

"We watched the Arctic melt last summer, we watched Hurricane Sandy fill the New York subway system with water -- we're out of time."

While 350.org has been busy playing defense against policies like the extension of the Keystone pipeline, it's also going on offense with moves like a fossil fuel divestment campaign on college campuses.

Levi, meanwhile, would like to see Congress start small -- with something like President Obama's proposal for an energy security trust.

"In a sane world, this would be seen as a win-win," he said.